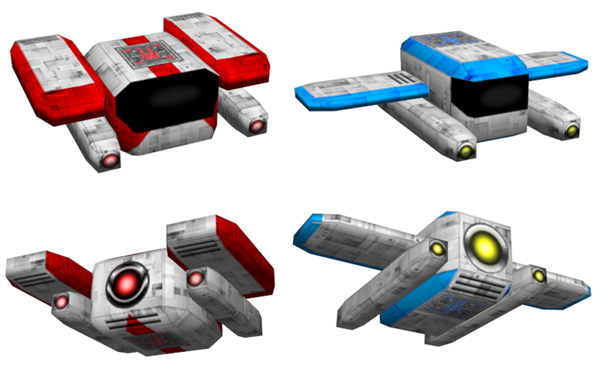 Mini ships are here, but they are not finished yet! They will be mostly playable in single player games, and kinda buggy in multiplayer games. I also have to get some cockpit images implemented – but its coming! Some texture improvements are coming for them too.

Also, 3D improvements are in with new settings, which should really help out the “slow walking” problem with low-performance graphics cards (e.g. Intel HD cards).

I’ve also added some other improvements, like a chat log (which replaces the /history command) that can be toggled with the ~ (tilde) key & server security options. Fixed some bugs too, like the “guys getting stuck in buildings” and grappling hooks not disappearing in multiplayer games.