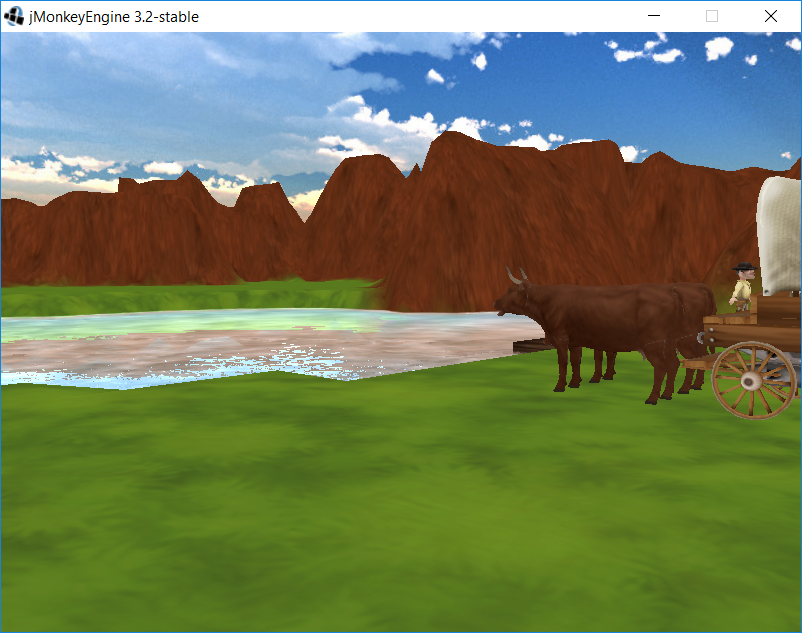 A nice Apache model to facilitate some tips and tricks

Got dual controller working. Had my son help me shoot a video since now it requires two people to really show it’s stuff.

Fun times shooting at each other: 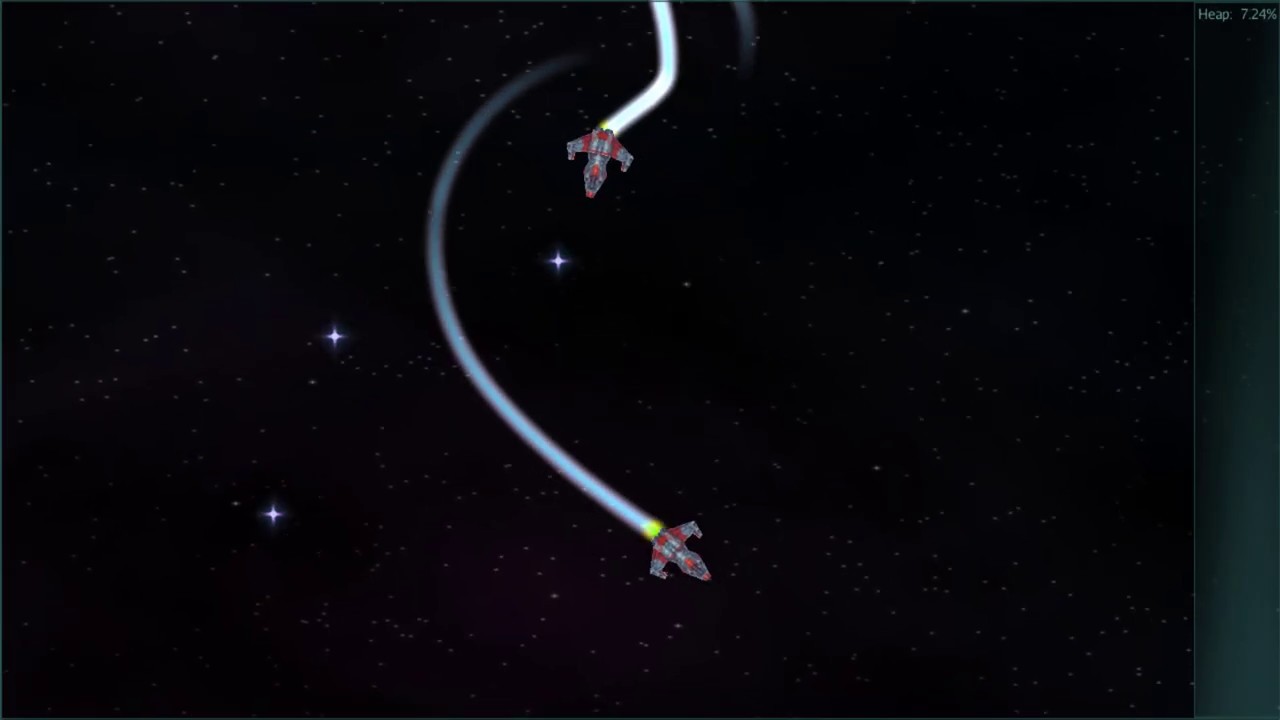 …no damage or anything yet but it was still a lot of fun to shoot at each other. Promising for when actual game elements are added.

I should be committing the Lemur fixes tonight as well as the updates to this little space game example.

Edit: what’s really fun is how good it looks to me considering how little time I spent on the starfield, bullets, etc… they turned out pretty nice, I think. 15-minute specials.

Edit 2: for what it’s worth, the changes have been committed to both Lemur and the game example project. If you build Lemur from source you can even try the game out yourself:

I have a question, is this game network multiplayer? Or do you play one on one on the same screen?

I have a question, is this game network multiplayer? Or do you play one on one on the same screen?

You play on the same screen. It was written to test multi-joystick support in Lemur.

It’s based on the old original Star Control game in how it plays: dynamic zoom, wrapping field of play, etc… 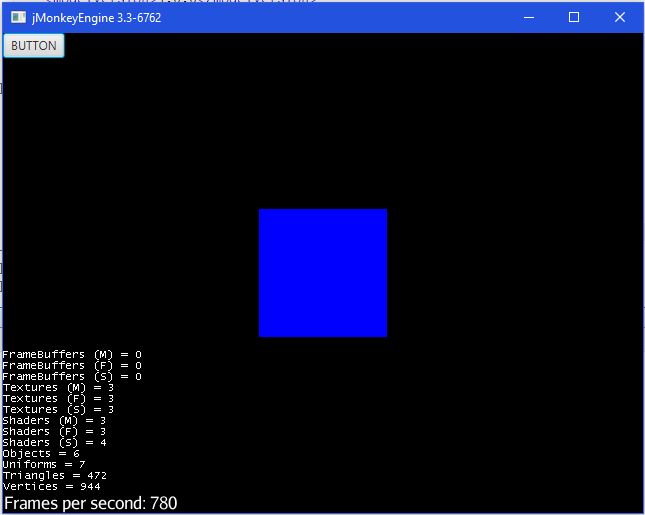 @tlf30 That’s awesome to see running. But is the FPS lower than usual? I get over 9000 (read using appropriate Vegeta yelling voice) for that same demo.

If you have a public demo Gitted I could help you do a test run to see if it’s any different than expected. (But hopefully you’re on an old laptop or something and there’s nothing weird going on.)

@louhy Hm… I had not noticed, but you are right. I should be getting a lot higher than that. I am running a Threadripper 2 on a GTX 1080 TI.

I’ll push it to my GitHub in a bit when I get back to my desktop.

EDIT: It could be that the snipping tool messed it up while it was being snipped. I have had that happen before. I will check when I get back.

(when someone feel 99 gui libs is not enough, just because of one reason) 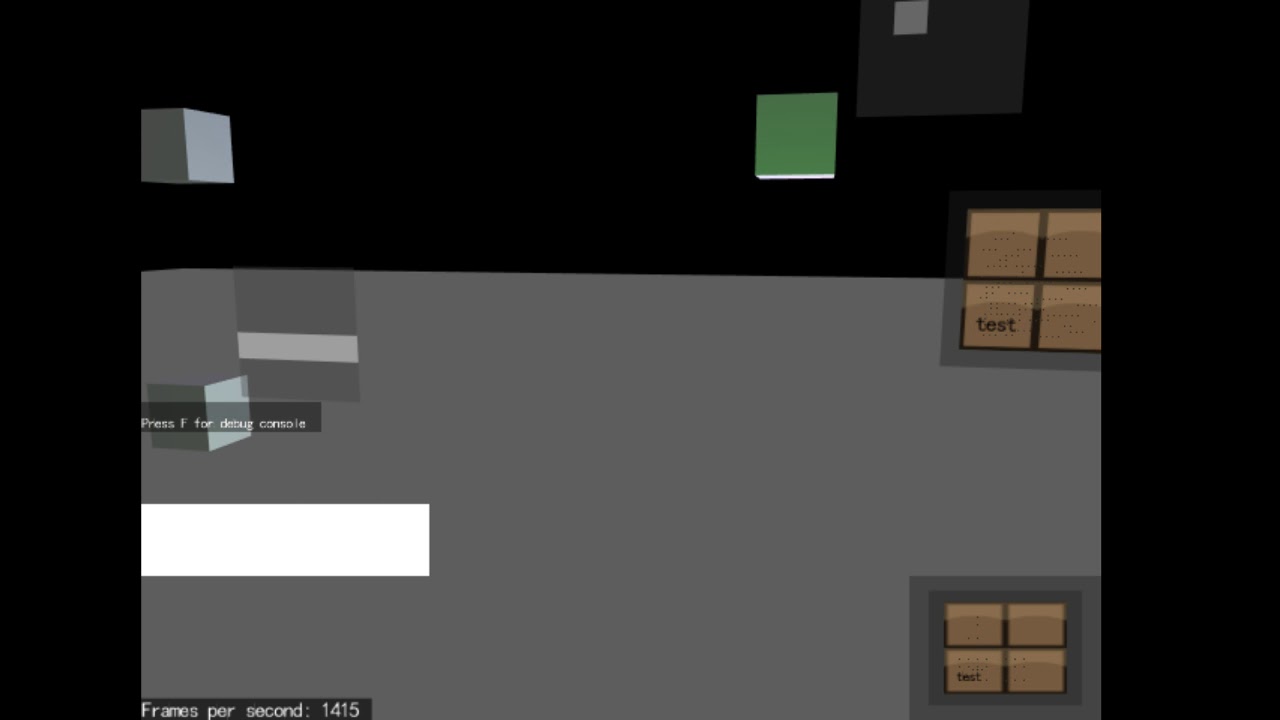 @louhy
Good news is that the snipping tool was messing with it. I am getting 4100 fps stable, which is much better, but still not as good as I am used to just running a blue box.

That’s somewhat better, but yeah it’s worth looking into. I have a 1080 around here somewhere but I think this PC is just a 1070/6700K. So your system sounds more high end. One difference is that I’m on Linux normally, but that’s usually a bad thing for performance.

Please remember guys/gals - running at crazy frame rates may very well ruin your card in the long term. I can hear the capacitors and mosfets squealing from here. The constant start stopping from zero to crazy day in day out will take its toll.

@jayfella I leave it uncapped during dev stuff as a cheap “canary” test for changes made which drop FPS far more than I would expect. Yeah, maybe should use a better method. It did come in handy when I was doing quadtree terrain rendering experiments awhile ago.

For hardware wear, not saying you’re wrong (I’m ignorant), but how do you know? It sounds like the kind of thing that many people believe, but is just a myth or “used to be true”. Again though, not saying that’s wrong.

If your heatsink isn’t screaming, you’re not gonna harm your card. Even if it is screaming chances you’re gonna actually harm your card are very slim. Even if you’re thermal throttling, you’re probably not actually hurting anything. These are facts. Modern cards can last for thousands of working hours with practically no wear. Even when you hear “Bitcoin mining, run away!” chances are it’s fine. The only real way to cause permanent damage to modern day cards (cpu and graphics) is brown outs and static. Anything that is the card running normally, doing it’s own thing and maintaining it’s own heat levels will not result in any form of card damage or even wear and tear. The last pc I had lasted 15 years where almost every time I used blender I would thermal throttle the cpu. I lit a graphics card on fire inside that thing learning how not to run sli. The card that didn’t catch fire? worked for another 8 years and is currently in my wifes pc. Running a blue box at over 9000 is no more damaging than running shadow of the tomb raider at max, unpaused for hours at end. The only thing that’ll be hurt is your electric bill

Kinda what I figure based on reading up on GPU mining and such. But mining load != 3D rendering load and I’m not a hardware expert… jayfella mentioned capacitors & transistors, not the GPU or even heat.

But hey, the marketing guys said on the box that the caps are “Japanese capacitors” so that must be good, right? Right?

They aren’t designed to run at 9000fps or whatever. Each frame is a cycle on the card. It’s the equivalent of a revolution on an engine. You can drive everywhere at 6000 revs too, but it’s not how it’s designed to work.

Bitcoin mining or any task that causes that cycle to slow down is what you want. Playing games for months without stopping is fine. It’s doing what it’s designed to do and it will do it well. But if your card is cycling at full revs under virtually no load from nothing round and round, at times for prolonged periods, expect your card to start showing signs of wear.

Here is a little demo of character movement I did for a thread topic in the forum.
It showcases a snow man which you can send to certain points on the floor by left clicking with your mouse. I used only primitive shapes and some math.
Topic:

Thank you so much for the tutorial and the link. I will take a look. It surely be helpful.

I don’t think the gpu cares about frames. Removing the framecap will cause the gpu to run at 100% load, assuming there are no bottlenecks in your system. I don’t see the difference between this and running software on the gpu at the same load. 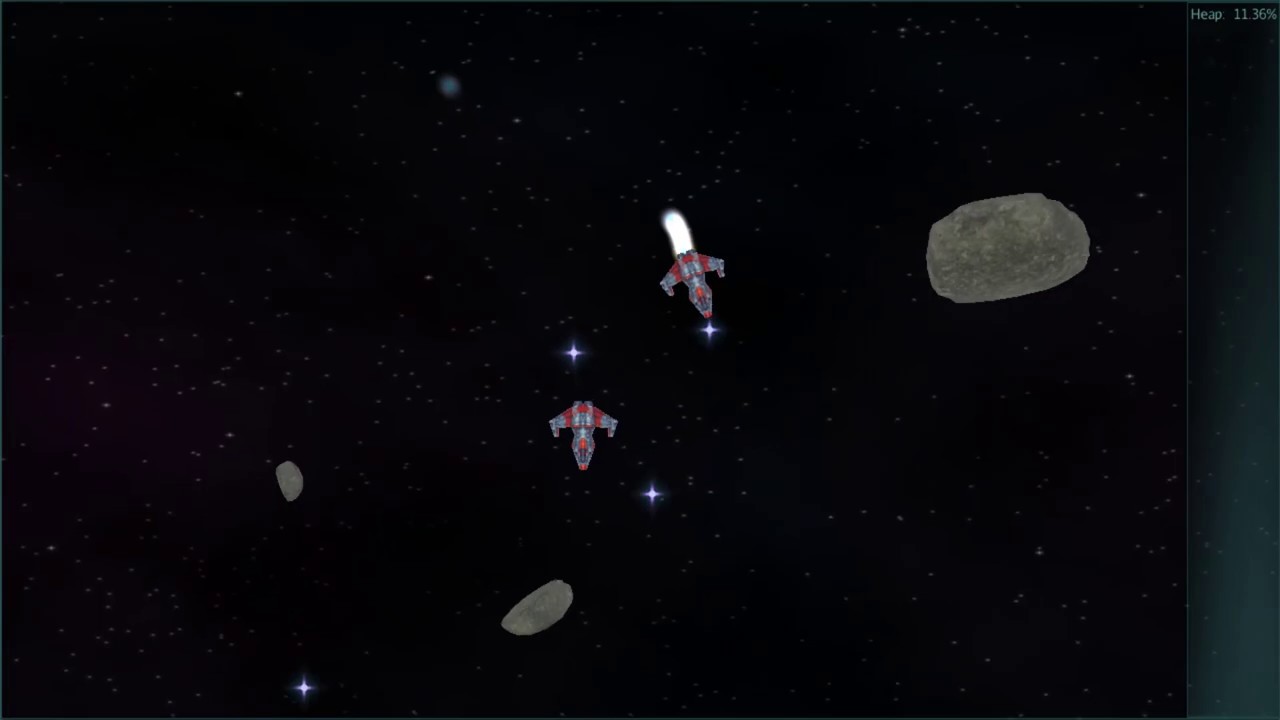 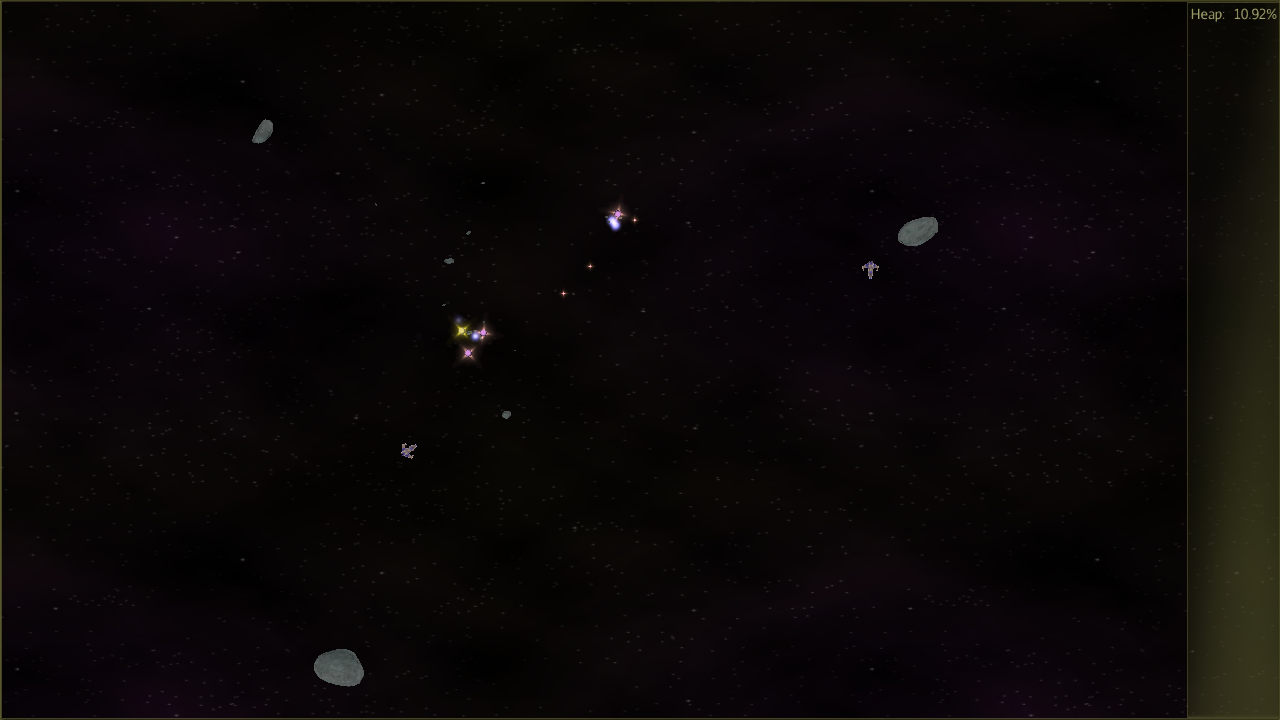 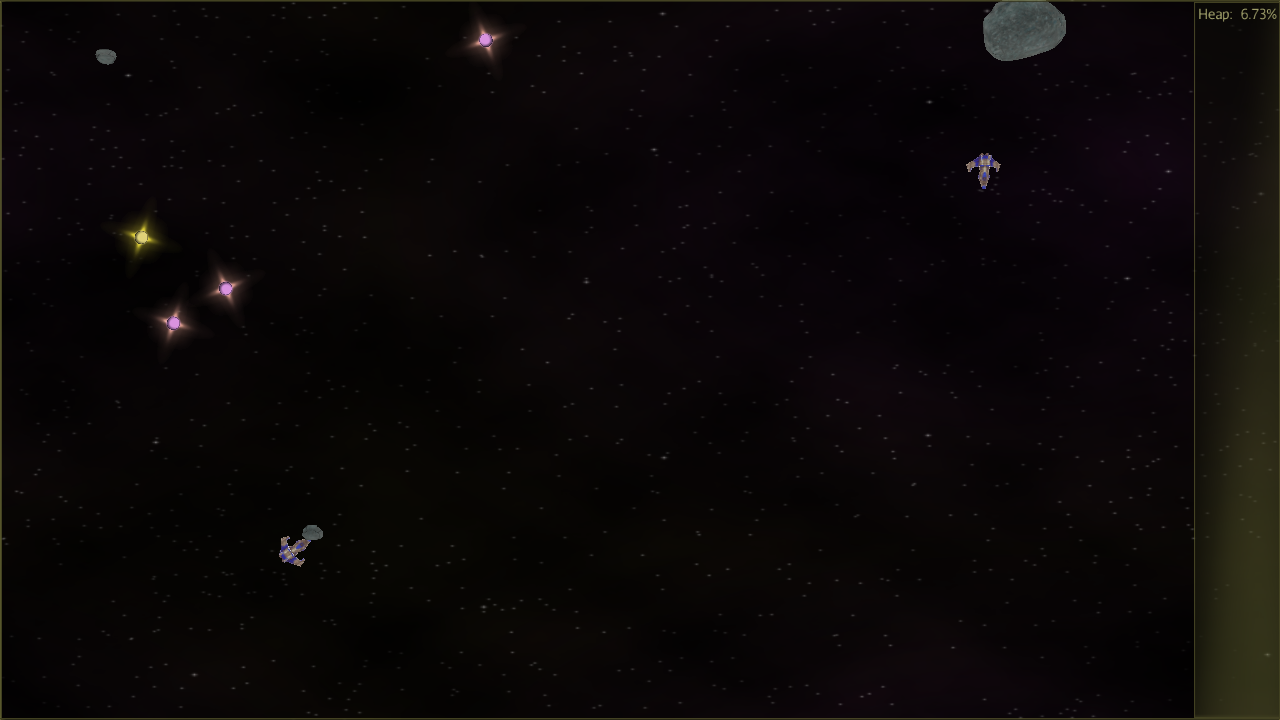 Multiple gamepad support should work fine, though. Left/right to steer, up to move… some button to shoot. Or on the keyboard player 1 is WASD + spacebar. Yeah, I should have put player 2 on the keyboard for when there is only one gamepad but I’m dumb.

Edit: P.S.: If you were looking for an easy way to test the various joystick changes without rebuilding JME or Lemur… this is it.