I’m on the 3.0 build of the sdk and Ogre isn’t working properly so I’m trying to import it directly from the .blend format.

The animation only seems to grab one point on the mesh.

The skeleton debugger is doing the animation but the rest of the mesh doesn’t react.

It’s currently in the middle of its run animation. (for the arm channel)

As you can see the armature moves, the mesh doesn’t.

These do work properly in blender. 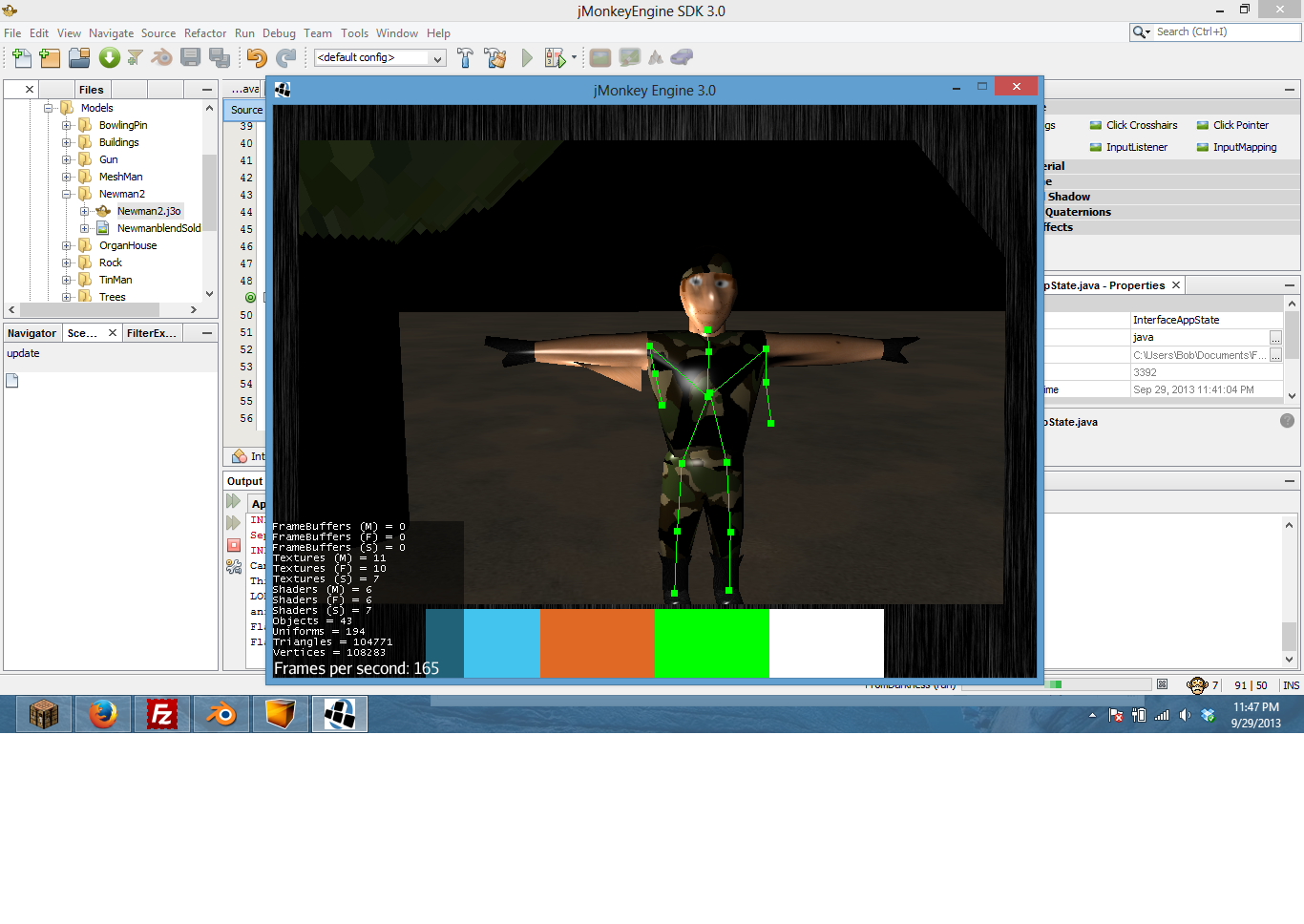 Sorry about that I forgot the image tag

I think i had something similar, wich was caused by the armatures having different names or so?

The armatures having different names?

I have one armature named “Armature” which is made up of a few bones.

Can you be a bit more clearer on how you solved this problem?