so I grabbed the source from svn and after spinning up a quick ant build script to get a some test code compiling I was soon pasting code left right and centre into my text editor, the engine is so consistent and logical its a breath of fresh air and before I knew it I was riding on top of a car on a landscape firing exploding cannon balls - fantastic and so quick and easy!

Well I really must be missing something as double click, right click, hunt and peck I can’t even seem to add a box into a scene without resorting to code - which kinda defeats the point of a scene editor…

Is there any tutorials for the IDE?

I saw one that mentioned adding a test-data jar as a library - I did this be still couldn’t get anything into the scene… try as I might!!!

Most games aren’t made from boxes so the scene editor is geared towards loading fully built assets. If you have models imported into your project then it’s pretty easy to add them right to the scene.

There are tutorials, video and otherwise, on using the SDK.

I can’t seem to see anything that says how you actually build a scene, nothing i do gets these models into a scene i create with the gui…

right click on the model, “Add to scene composer…” 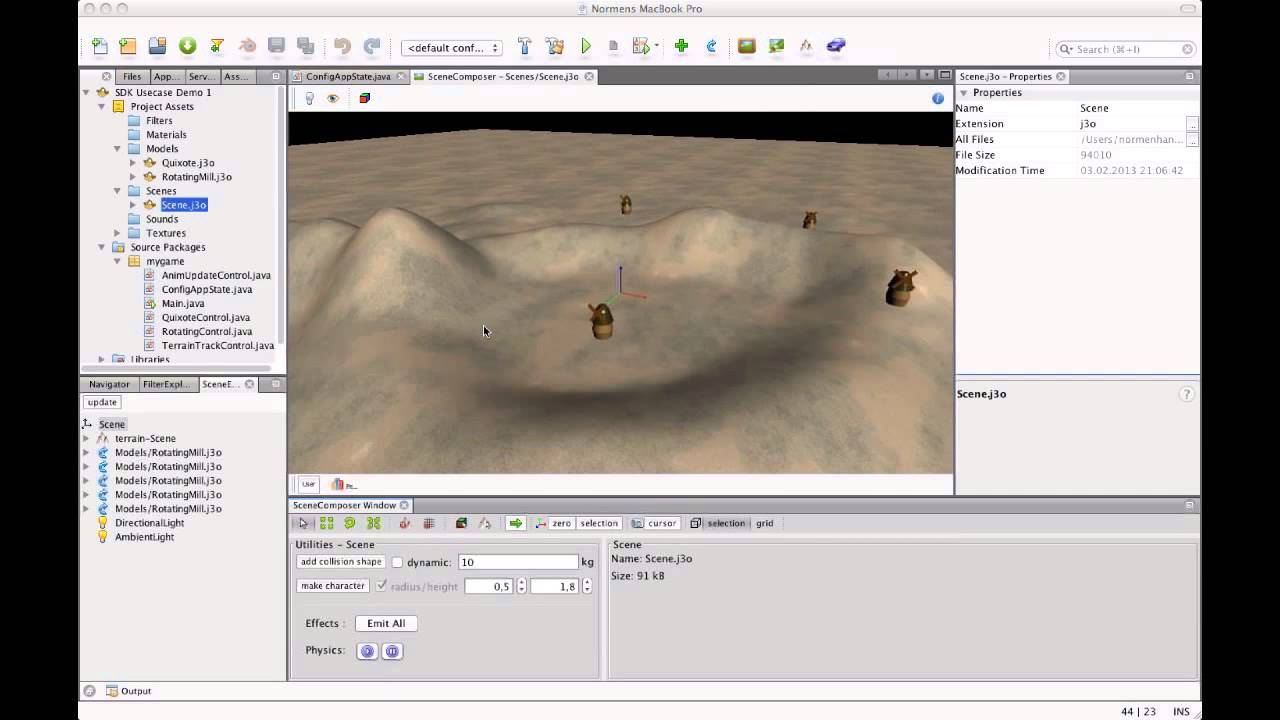 but after adding the test-data jar when I right click on an object all I ever see is a greyed out open or open javadoc ??

@codifies said: The vid is great and really show the promise of the ide

but after adding the test-data jar when I right click on an object all I ever see is a greyed out open or open javadoc ??

I guess you still have the model in the jar file and look at it through the “Libraries” node? Ctrl-C / Ctrl-V it into your assets folder to manipulate it and use it in edited scenes.

ah! thanks thats it, it would have been nice if there was copy in the context menu but at least I’m getting something into a scene now…

after altering its world rotation, now it won’t let me edit the world rotation or transform ( the bounding box is off) - I’ll figure it out for myself now I’ve got some kind of start.

it seems very hard work, in the time its taken me to make a one model scene (that I cant rotate), when using the command line instead I have half a dozen cars chasing each other round a path on a landscape…

I obviously need to do much much more youtubing and I must be missing something because I can’t yet see the advantage!!!

@codifies said: I obviously need to do much much more youtubing and I must be missing something because I can't yet see the advantage!!!