Demo of my SkyBox and time control

I am putting the finishing touches to my sky box for my game (The Fog - Survive!) - it has a moving sun, changing sky color, and moving clouds. I added the ability tonight to control how thick or dark the clouds are - still have a way to go as some settings don’t look anywhere near realistic, but I’m quite pleased overall. If you stay for the end of the video, you get to see my sunsets. 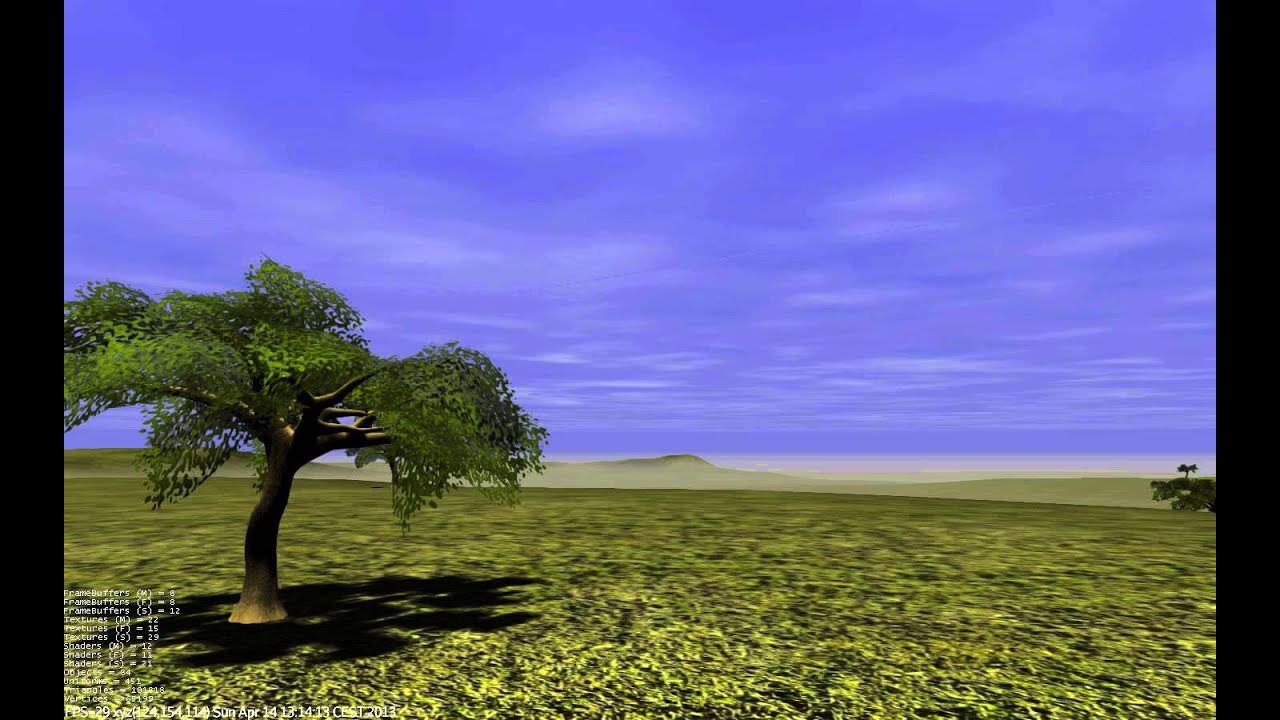 Nice work, especially at lower densities it has a great effect. Reminds me a bit of the Wetlands in WoW

A couple of months ago I knew almost nothing about GLSL (actually, that is probably still true…). It’s really only by looking at the JME sources that I have managed to make any progress. I thought I would start with shaders as I did not know anything about them, so that seemed the most risky part.

any chance of me putting my hands on your code?

Please put a video when you can showing the new stuff.

I may share the code eventually, @eraslt, but not yet… I’m too proud of it to just give it away, but when I have more features in my game than just a fog shader and a sky shader, I would like to start contributing back to the community, and the sky box would be a definite candidate for this.

@madjack, I will post further videos as I go along, but progress will be very slow I’m working on two projects in the evenings, this game and a benchmark app for linux/windows/android. The benchmark is taking all my time at the moment - I’ve nearly finished the linux/windows client app, but now I need to write the Web server.

so its almost a full game

no rush thou, just wanted to say that u did quite a job there (thumbs up)

Really cool, is the terrain a terrain grid of one of your own custom making? Fog shader looks awesome as well! Great work, and can’t wait for a downloadable demo of this.

So cool, need this, suriously

Thanks for the comments! I have been away for a couple of weeks because I am focusing on my other project, a benchmark app. I need to spend a couple of months getting that to Beta, then I can get back on the game. My grandson thinks it’s never going to happen

I am just using the default infinite terrain implementation, but I have a bug that the terrain stops drawing after about 16km.

I am pleased with the fog shader too, but I still want to add creepy wisps and make the fog more realistic when standing above it and looking down.

As for the sky, it needs stars at night…

u have grandson? how old r u?

I’m not that old

fyi, its common courtesy not to ask people this

let it be left to imagination

@wezrule said: fyi, its common courtesy not to ask people this :) let it be left to imagination

Heheh… I took it as a sign that the asker was super young.

just got too curious

heh don’t worry about it, no one was offended here :), but i know some people get awkward around the subject (as well as other personal stuff), so its best to avoid in general