Hey everybody! My name is Javi. Just as the topic name says, i’m new here and need a bit of help. I just downloaded the JMonkeyEngine which just so happens to be my first game engine. I’ve never made a java game before but i’ve worked on one with my friend nick (owner or Awaken-PS which you can download at awaken-ps.com). I’ve gone through most of the tutorials and want to know what to do next. I know this is a very general question but hopefully someone can help.

The answer:
Whatever you want to be next. You could fool around with jMonkeyEngine to familiarize yourself. If you don’t know how to use Blender3D, you might want to learn how to use it an import models. If you feel daring enough, come up with a game idea, or do some remakes for practice.

Thank You! I know that this is a very general question again but if i were to have a game idea, how would i design it? would it be purely code or do i have a visual which i can manipulate such as that in unity (also just downloaded it).

Hi Javi and welcome to this very nice comunity. What i would suggest you is very simple but it will help you to grasp trough important development steps. Basically, try to make a Pong game in 3d(top down view)…once you manage to complete that, many more ‘doors’ will open itself to you. All best and if help needed, dont hestiate to ask, someone always help.

Thanks for the advice! I’ll get right on it.

Hi new friend .
Welcome to interesting world of Game in Java. You made the right decision . :chimpanzee_amused:
As @CoderMusgrove said first try to learn about blender (if you want to use it as your 3D model editor. it is Open source

) .
After that you may start with this Book : Jmonkeyengine3 Beginner’s Guide or just use http://wiki.jmonkeyengine.org/ (wiki is so comprehensive and great )
About creating a new game you should do some things: 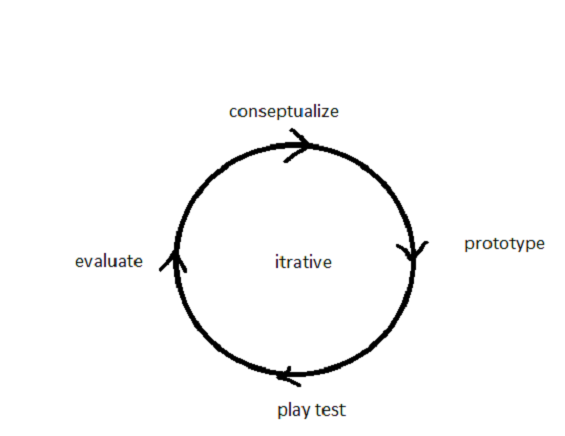 I briefly introduce them but suggest you search about Game Design Process in the internet.
Just remember that all these steps are iterative .
conceptualize (planning): What is the story of game ? Who will play it? in what platform? What is genre of your game ? Is it competition or cooperation ? and so on.

It says you should document
what happens in Play test process and try to resolve them.

Thanks for the awesome resources. That’s just what I was looking for to start my learning adventure.

Since you’ve gone through the tutorials, I think the next step is to check the tests… lots of them and they encompass most of the features of the engine. Play with them, change something and see how it reacts. Will give you examples whenever you need them.
Make sure to check the Scenegraph for Dummies and Math for Dummies… I come back to them regularly (especially the math one).

Thanks. I’m not very good at just playing around with game engines without having some prior planning on what I want to do. I also need a bit of a head start.

Pick a completely simple game (pong is one, asteroids is my favorite go-to example) and stumble through making it. You will learn tons of things that are directly applicable to your next project.

Don’t start directly with an mmo

But starting with an MMO is fun! DF2014:Losing - Dwarf Fortress Wiki

No seriously, don’t do it. It takes forever

I’m new… I start directly with an mmo

When I said trust me, it’s because I also did

Still on it tho.

Wait so should I do pong or not

Yes, the conversation evolved into one about MMOs… probably the worst place to start given that approximately 100% of true ‘massive’ MMOs will never see release.

I’m an jMonkey-beginner, too. Though I’m a hobby-programmer for about 25 years. My hint to you is: Go step by step! Small steps in this case. JME is way to large to cover all of it’s possibilities in the first project. Like pspeed an phoenix said: Take e.g. pong as an first approach. It isn’t really that hard to code from the coding-perspective. You will get results in short time, which is good for your ego

The important thing is: Don’t plan too large steps, cause they often lead to abandoned projects after a while.

Sorry for the bad english, but school is long time ago

I hope you got me.