First of all, I really am enjoying the engine so far. I was going through the Hello_Material tutorial and I happened to come across, what seems to be a face? Is it true? Who’s face is this?

Related to the face on Mars:

That face is actually a prehistoric representation of the great jMonkey God @Normen , of whom the little people of the Pond Planet (that sphere right there) have decided to worship as their Specular God (really, it’s quite Normal for then… Mapped and everything).

The monkey face on the more squarish “planet” is another older attempt, and has been heavily debated whether or not it’s all a monkey conspiracy or perhaps that pirates are responsible… Besides, experts say that if it was an older attempt, there would be more broken windows. Amateur astronomers claim that the transparent monkey hole is a broken window, but their argument is missing a key part: the actual window. 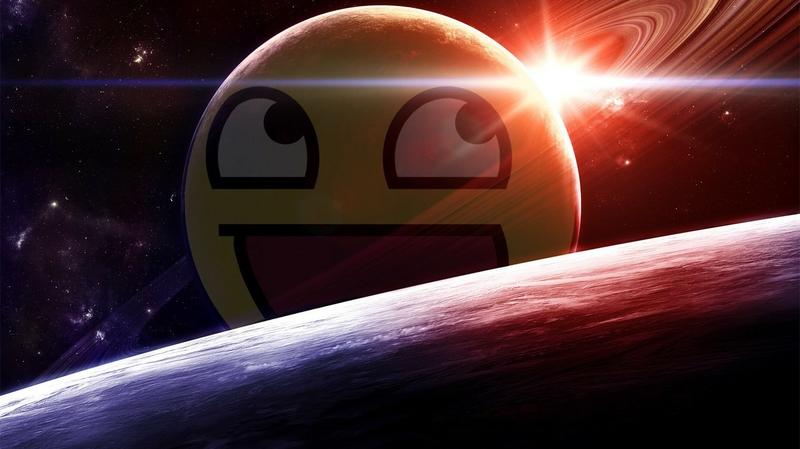 As one can clearly see it resembles the whole saturn nation as well, because green is darker then spaghetti.

@Empire Phoenix said: As one can clearly see it resembles the whole saturn nation as well, because green is darker then spaghetti.

Since we’re being funny, as an aside for those who tend to notice the “then” versus “than” mistakes that happen quite frequently on the internet…

I like to read them as written, like there is some sort of surprise ending.
“because green is darker…”
“…then spaghetti!”

No one expected spaghetti!

To get more scientific… Our brain is wired to see faces in things that remotely resemble a face, even if they are not there. Evolution wise it was better for us to see one face too many than not see the face of the predator in the dark

And to answer the question: No, we didn’t put a face in there, just like nobody built a face mountain on mars