How to create new font that can support contextual forms(Isolated,Initial,Medial and Final) to use in Nifty?

I need a Persian font to use in Nifty for Farsi Language.
I just used BMFont and Create an Arabic font which is near farsi and it is usable.
but there is a problem. Farsi and Arabic for each character have more than one symbol.
they have contextual forms of Isolated,Initial,Medial and Final
Persian_alphabet
for example we have 4 kind of B => ب , ﺑ , ـبــ , ـب
so it depends the where is the position of character in the word.
The font that I get from BMFont couldn’t be used. because when I use it سلام result to س ل ا م
which it means it just use the isolated form of each character.

I saw the fnt format and understood for each character we just have one symbol.
In the Binary file layout which is described in Bitmap Font Generator - Documentation it point to bitField which can have Unicode value. but it is not clear for me.
What should I do to create a font that can support contextual forms (Isolated,Initial,Medial and Final)?

Here is your explanation:
→ Arabic script in Unicode - Wikipedia ←

So what you need is:

So, the problem is part 3.
You need to create a text using those (Initial, Medial, Final) instead of the (Isolated) form. Maybe there is already a good tool that can convert text - if you find such a tool, please tell me, because I want this for my game too.

Hint: Google translate is a nice tool, because whenever I entered an English text, the corresponding translation always used the right Unicode glyphs already. I still hope that there are better tools to solve part 3. Because I doubt that Google translate would be used by the folks that localize your text (or my text). :chimpanzee_wink:

I wrote it for you! 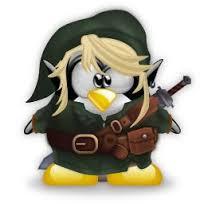 Nice job Younes!
You did the job that I intended to do more than one year ago, but swarming projects didn’t let me to achieve that.
I am a little busy about another project right now, and I will check it as soon as possible. making a sample project which using your code would complete your work for those are not master in Java like me. I am basically Delphi Developer and have 13 years experience in that. I am kinda addicted to Delphi and I wish JMonkey let me try a serious Java project.

I wish your code work with Lemur as well. I noticed that Lemur can use true type fonts. In android, it seems not working which I think there would no other choice, but choose BitmapFonts if someone decided to use that GUI.

And again! Thank you for your effort and your generosity to share with others.

did you use that to make bitmap font from an Arabic font or a Persian font?