since a few revisions the libraries in trunc/engine are not referenced correctly. Each time i replace my local jme version with the remote one i have to adjust the libraries manually. See the following picture: 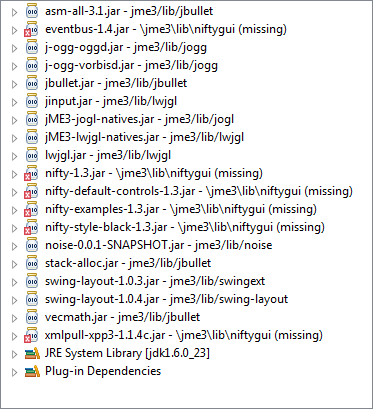 I think you locally removed the version information from the library names. Could you please commit the correct classpath data? 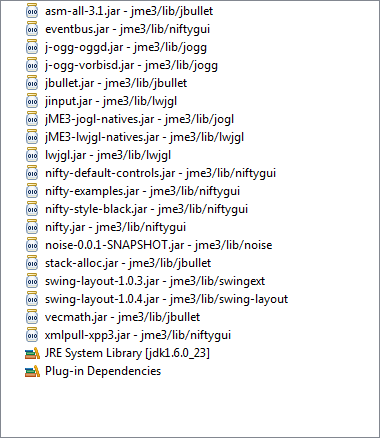 As always in this situation I will say:

Let’s remove the silly eclipse classpath thingy, nobody updates it ever and eclipse can build ant projects just fine. Also the eclipse project cannot build the android libs, separate the bullet libs etc etc so whats the point of this file at all? Its just a separate build process that does not do whats expected.

Ok ok, calm down. I’ll fix it locally after each update.

Its not that it excites me in any way anymore. Just that users rather cope with a file for which its uncertain if it will ever be updated, that still amazes me ^^ I’d have moved to the ant build for long… Just as I installed Eclipse back in the jME2 times just to make sure I build my own jME2 like the team does…