We are happy to announce the immediate availability of jMonkeyEngine SDK 3.4!

Still lagging a version behind the engine version. Only an issue for using the Ant projects. However we are trying to push the next version for jME 3.5 out also soon to get things back on the track and open the SDK development for more features.

Netbeans 14 enables new versions of Java and Gradle to be used as well as offering countless other improvements. There are also more exiting things in the pipe for future SDKs and hopefully we can upkeep this newly found interest in SDK development! Special thanks to all contributors!

Without further ado, here is the link to the release: 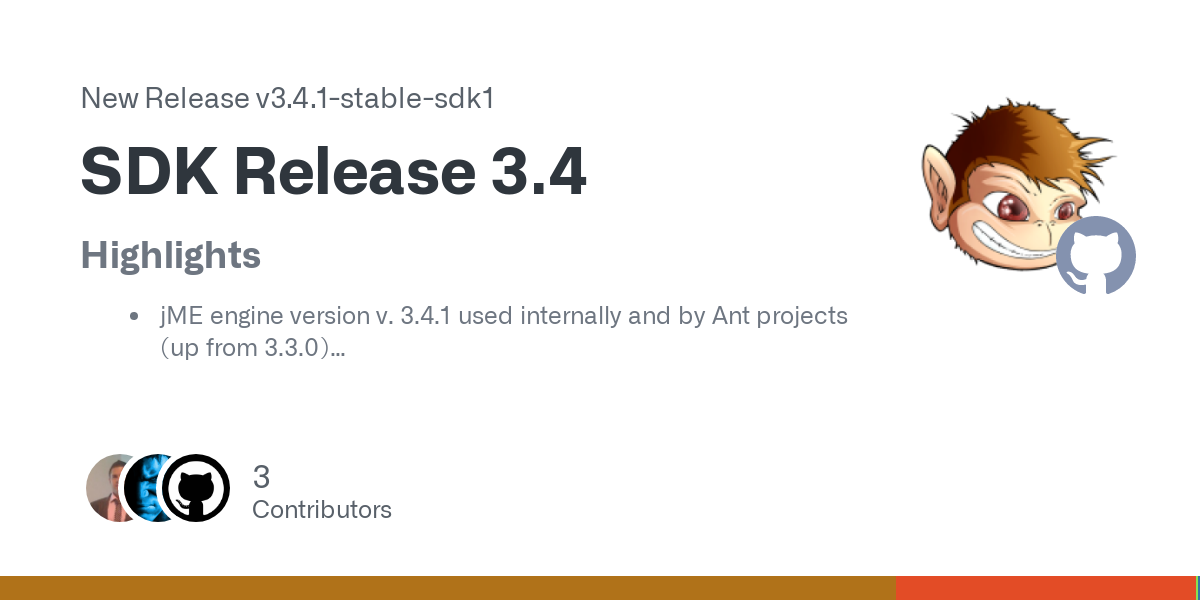 Highlights jME engine version v. 3.4.1 used internally and by Ant projects (up from 3.3.0) Fixes some notorious issues (jME test template not working, Gradle template assets not working…) Based on...

Edit: marked as an official release as of 23.8… Also a re-release was done on the same day to fix one bug. The about box should read 2022 as the copyright year, then you have the latest.

thanks for all the work you do

That is great, really good job! I know you guys have worked very hard on this, congratulations

Plenty of stuff for the followers of Question about Shader Editor
One big feature that didn’t make it into this release were the previews for matparams (which ironically was what I started out with).
But this also means there might be even more stuff for the Shader Node editor in the next release. Use it and file some issues for things you find.