Just a tiny problem with an object from Blender

I’ve made a knight model for chess into Blender(isn’t prettiest but is decent for my need), but in jME I got a problem with upper part of it.
Here is the image in Blender: 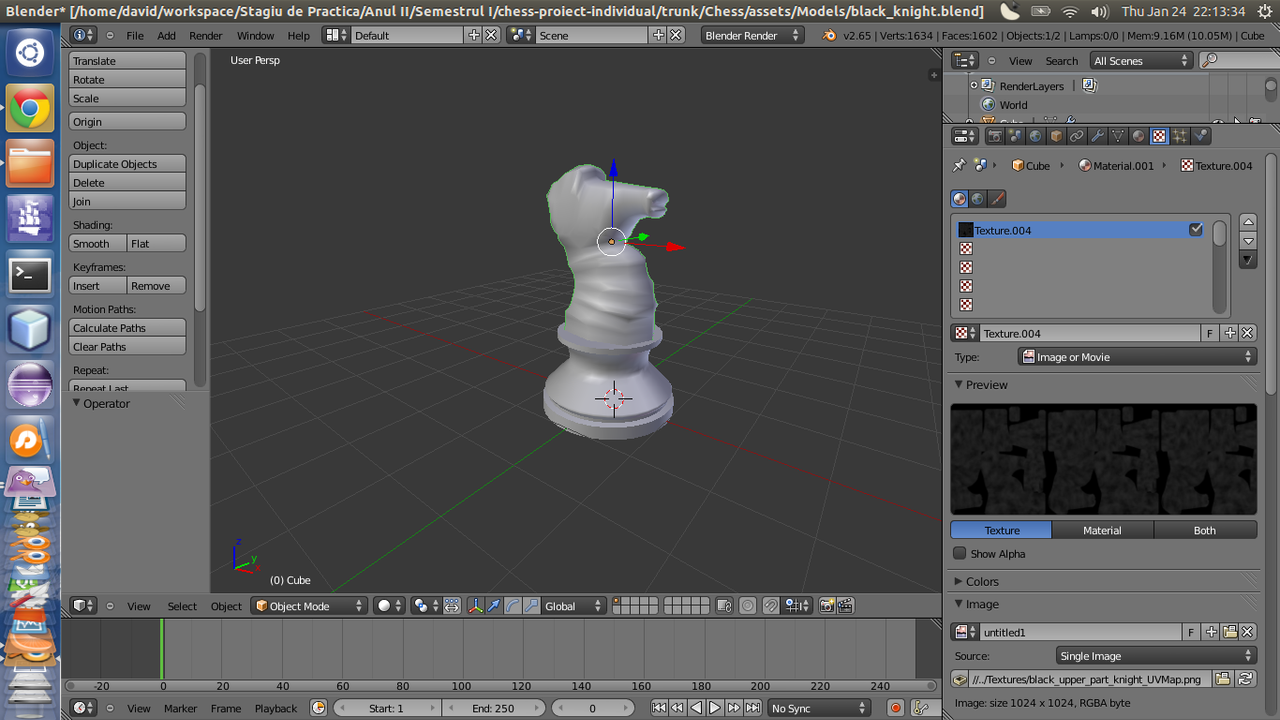 Here is the image in jME: 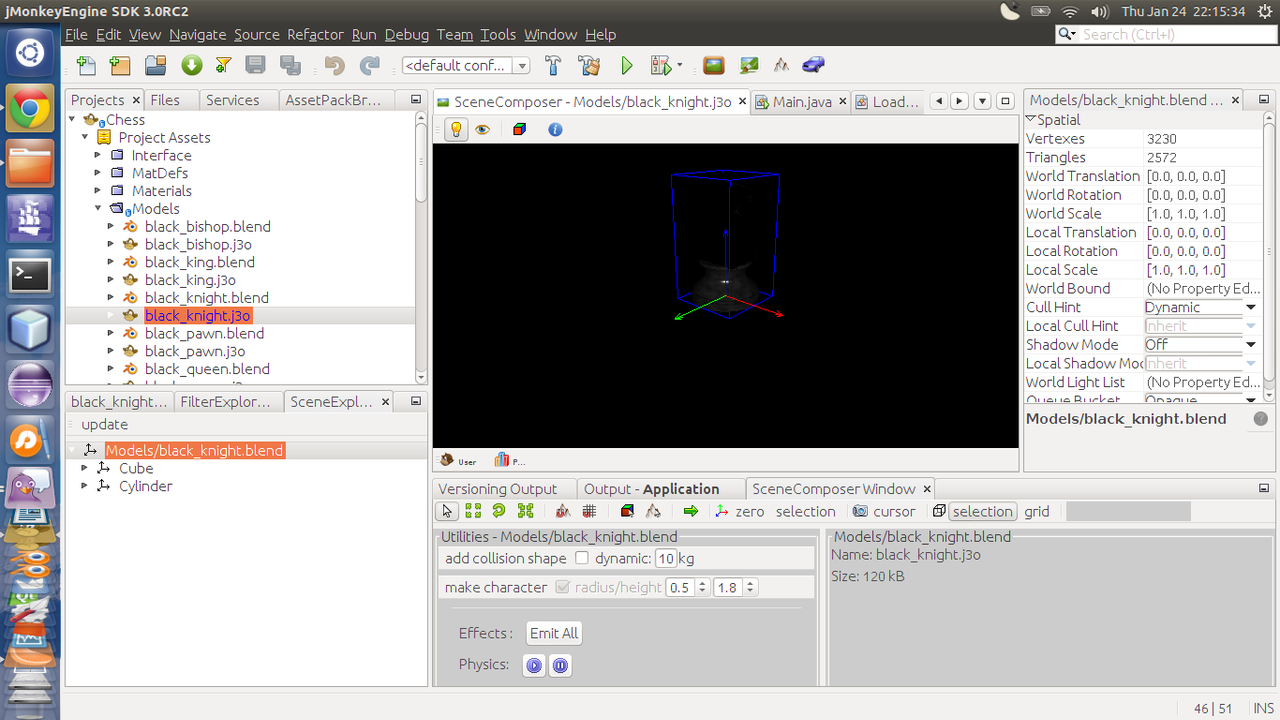 What do I do wrong?

Very easy… All is in the manual…

You just have to apply the scale of both your objects. One of them is scaled 0.05* in z. Thus in JME it’s 20 times bigger than the other…

It’s true that the knight is a group of 2 objects; so it’s my king and queen, but I don’t have problems with them. Also I already scalled them: 0.3f on all axes.

Edit:
I think it’s a modifier which I haven’t aplied before grouping objects(just found it). I’ll use a previous .blend of it to change that.

Ok, my fault. This was to much obvious to be it. Applying scale is only for Ogre exporter; it works with blend importer.

The problem is another. I’ve tried importing it and obtained the same as you.

To solve it, you have to recalculate normals inside blender. What I cannot understand is you need to have the normals INSIDE. Just display normals in Blender, you will understand what I mean…
For some reason, you character is inside-out. Don’t know why…

Did you check in Blender for double vertices? If not, do so and if there are any, have blender remove them. This can cause strange things with normals as well. Keep in mind that the sharp edge with the edge split modifier also generates double vertices.