Well I have a cubeworld to build ships with.
The blockworld accept instead of just cubes abitrary models (eg a gun turret)
Currently I have to hand code a list of vectors that are blocked in local space view.

Now I try to figure out a way to automatically generate this from the models:

Boundingvolume → Cannot use, imagine a donut in the middle there are free cubes
Vertex Walking and marking all cubes with one inside as blocked → will not work if large faces are present, as this would result in holes.
JMe rays inside each cube (a few samples) → will only work on the outside cubes, as the ray will only hit triangles, but not model inside space.
decompose to convex parts, then use bullet rays → should work, but is really much overhead for this.

What is the result you want? I’m still not sure why you are doing this.

I haven’t touched Cubes in a while, but I wrote a similar test application modelling models with blocks - I used rays, not sure if I supported holes inside models, just wanted to throw this in here in case someone needs it:

I remember someone using this scene with the dragon as a base for his own lightning system test:

Showing off my lighting system Cubes

Been playing around with cubes. Been lots of fun. Mostly just combined the picking demo and the physics demo. Added a server so my kids can pick blocks in the same world together. They call it “Dad’s Minecraft”. But the last day or so, I decided to add a lighting engine. http://i.imgur.com/ybLG0w8.png It still has a few weird edge cases. Like if a surface faces an empty chunk its black. And caves get dark when you dig them, but the initial chunk loading sometimes has tiny bit of leakage… 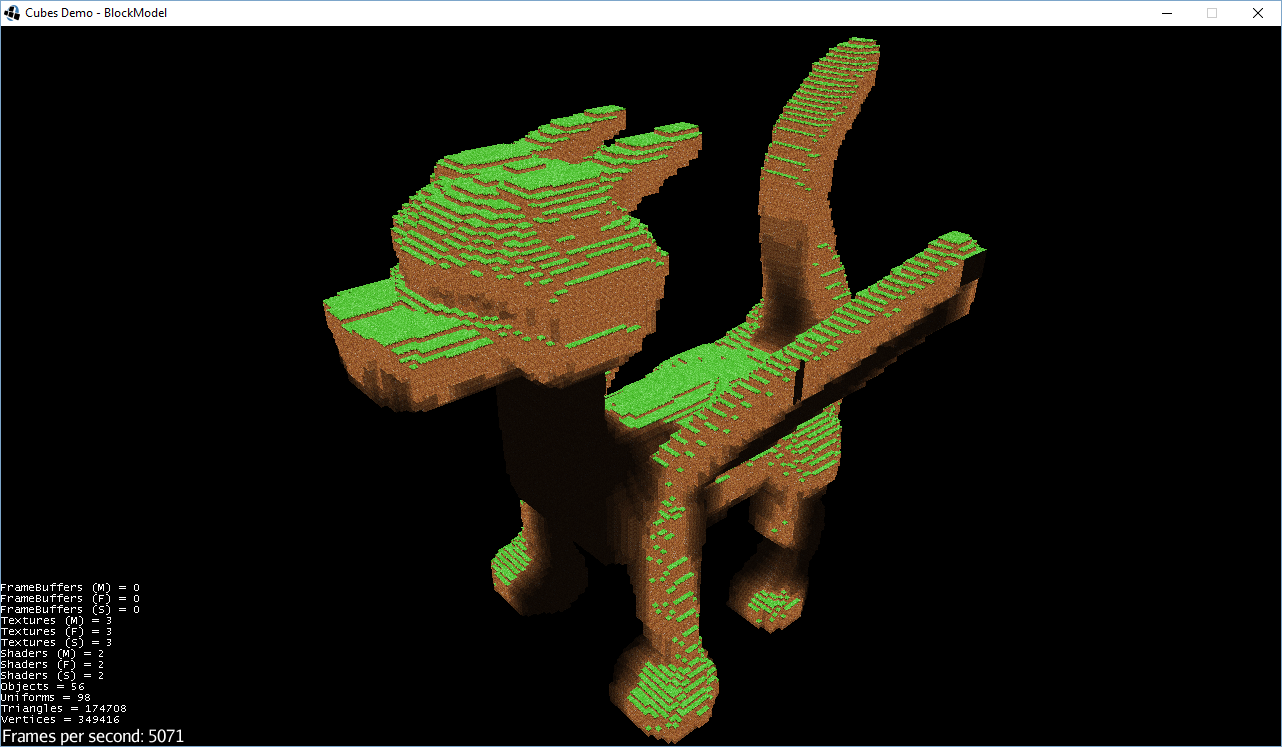 a) I build greatly simplified collisions for the ships, based on blocks
b) the shipeditor validation uses this data to ensure that you are not building overlapping objects