I just noticed that Apache released NetBeans 9.0 a few weeks ago.

Has anybody tried it?

Hi. Yes i have been playing around with it. I haven’t switcht to it completely because it is in incubating state which means that not all plugins are available. Gradle for example. But so far it works pretty good and I’m glad that someone continue’s it.

Thank you, Sascha! Gradle support is a deal breaker for me.

I used it with mac, I tried to use gradle plugin but groovy kit was broken, I had some complitation with other examples as well, I would suggest don’t use it for now.

There are some whispers that SDK will be updated to netbeans 9 eventually.

But that’ll be after my holidays and actually I am subscribed to the dev mailing list and so far there are still some odd crashes and bugs here and there which I hope will be resolved soon, so we can try an upgrade, fingers crossed that at least 1% works flawless

I just got an alert from the SDK saying that 9.0 is “available”. However, the website still says “incubating”.

Well the problem is that since it’s officially out since July we don’t have a good measure of it’s quality. In theory that alert should’ve appeared since july, I guess.

So I’d like to hear from the guys using regular netbeans 9.0 about their success/problems

‘Incubating’ is the status of the project, not the product. Apache usually have a pretty long period of incubating for projects. They are trying to make sure the project is operating in an orderly fashion and so on.

I downloaded NetBeans 9.0 via apache.org . There’s a Gradle plugin (dated 22 October 2018), but I couldn’t get it to work for me. Installation depends on a org.netbeans.modules.groovy.support which doesn’t seem to exist.

If anyone knows a workaround, please let me know.

Installation depends on a org.netbeans.modules.groovy.support which doesn’t seem to exist.

If anyone knows a workaround, please let me know.

You can install it as described here

So I’d like to hear from the guys using regular netbeans 9.0 about their success/problems

I am using it with jdk11 for a while now and didn’t encounter with any problem.

The only tricky part was with installing gradle plugin which can be done as described in the above post.

Just don’t update the SDK until all this crap gets worked out please.

Even then I wouldn’t go any further unless core does.

Netbeans 9.0 Support Milestone · GitHub That’s my statement to that

Quite complicated to upgrade to NB9.0 unfortunately and then I am still left with integrating gradle which I was unable todo with nb81 and will hit the same road blocks again…

Two out of 3 Errors stemp from apache excluding GPL licensed libraries, so the villian has a long grey beard.

It seems in their new release Groovy plugin is no longer required to install this plugin. 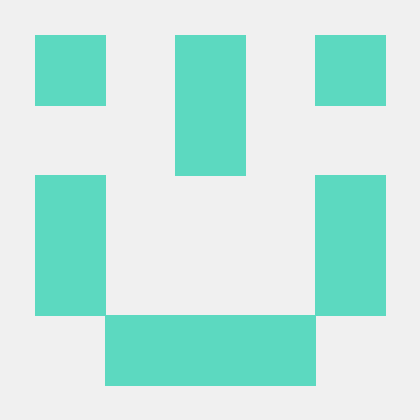 Fixes re-run tests for JUnit. Fixes Gradle 5 incompatibility. Due to Gradle 5 update, projects without a settings.gradle might not load properly in certain cases. Support for Gradle version older t...

Unfortunately that’s not the problem, the problem was that I was unable to include the plugin as dependency due to netbeans trying to be smart about “internal” and “external” API.

From what I understood the NB 10 is quite near. And offers official support for using Java 11, which is an LTS release. So to me at least it only sounds reasonable to wait for NB 10. If releasing SDK for NB 9 and then for 10 takes longer than to just focus on 10… my vote is on moving straight to 10 then!

I’ve been waiting for Java 11 + SDK combo ever since they released Java 11:P Trying to jump from Java 8 to 11.

NetCAT 10.0 Schedule - NetBeans - Apache Software Foundation. Ok, it is late, But they have had few internal releases that they are testing for quality for the final release. At least what I could gather.

To elaborate on that: I don’t expect breaking changes between NB 9.0 and 11, BUT the ones breaking 9.0 are more problematic so that I postpone them until I have the motivation

Btw, NetBeans 10 has released with supporting for jdk 11
https://netbeans.apache.org/download/nb100/nb100.html

I have already updated to give it a test, everything look pretty stable so far.