For JME3 beta, I thought it would be nice to give the JMP’s splash screen a new look.

As a follow-up, we (the community) can help to come up with a fresh monkey face for the logo (the current one feels a bit out of date to me). 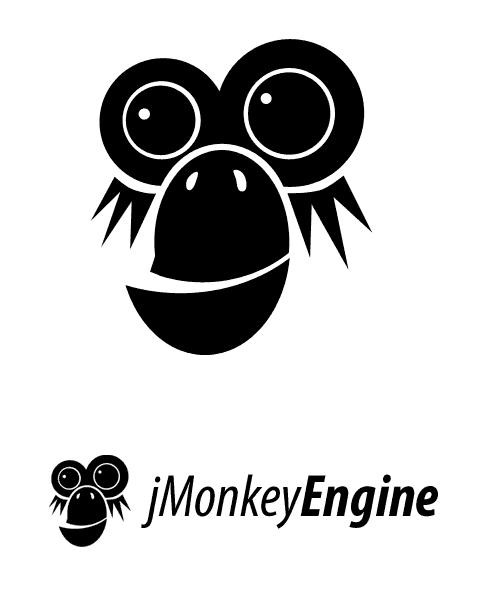 - Monochrome is easiest to adapt to a suitable color scheme (on the website, as credits of 3rd party games, …)

- The face itself still lacks “java” and/or “gaming” and/or “engine”. But adding things can turn it into a Christmas tree.

Cool. Actually we already asked an artist to do a new monkey for beta/release and we are pretty happy with the result: http://img232.imageshack.us/img232/1477/monkeyx.png

But you are right, the simpler the logo the better it can be used in different contexts. For example the head of this monkey does not work well as an icon as the lines are relatively thin.

That is good news. Unfortunately imageshack is not very cooperative. Is there a mirror?

You are right that the above version needs extra work for small icons.

No i was not talking abou yours, that one would work great for an icon. I meant the other one you cannot see ^^ 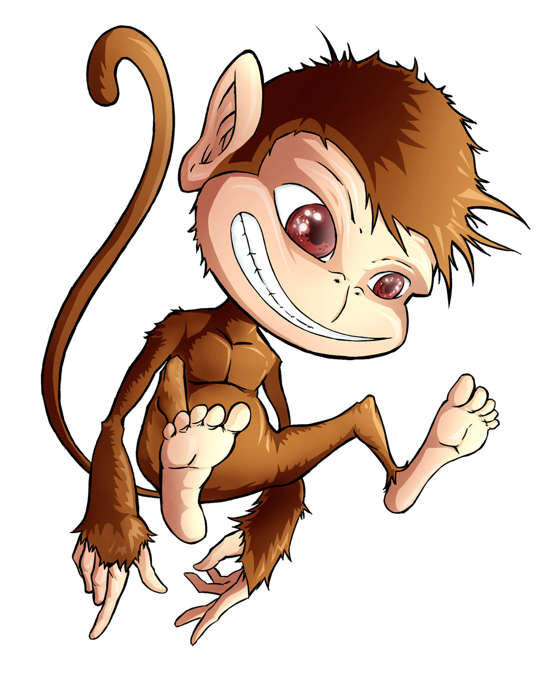 We gotta aim for some consistency, so if you’d like to take a stab at a jMonkey icon, i.e. for favicons and avatars, try to base it off of this guy here.

Although I do like this furry guy, the black and white logo (and splash screen) is quite professional looking.

I agree the black&white logo has a more universal look to it, if that makes any sense. But this jumping maskot fellah is the result of a fair bit of back & forth between the jMonkey team and the artist who made it, in order to give him the kind of attitude we felt matched how we see the jME project. A black & white (or two-color in general) logo (examples) would be a great thing to have, and @arie 's style certainly appeals to me. I just think it’s missing the attitude we think was successfully represented in this colored monkey.

If you think the two-color style could be applied to a head-only version of this guy (re-color it or do from scratch, your choice) that’s something I’d love to see a couple mockups for.

Secondly, though this is asking a lot, if you’d like to take a stab at some background art for our YouTube and Twitter pages, that’d be awesome.

I want to display a nonstandard icon in the android exception/stacktrace window for the next upcoming demo app.

May i use any of these two and if yes, which one would you prefer?

@larynx: I can only talk for the black and white logo I created. And I’m fine with that. But is it handy from JME’s perpective? Maybe not. One JME face to the outside world is preferable, promotion-wise. But then again, waiting for the official final choice may take a while…

@erlend_sh: to be honest I don’t feel like combining the two logo’s. I like both, but their styles are rather incompatible. I’ll have a look at the background art for the sites mentioned. Most likely it becomes a simple rip-off of the JME.com style, since that is very well done and ensures consistency.

I’ll get back to you both about the use of the logo. I’m sorry for stalling, we really do love the “do first, ask after” attitude, but a change of logos is a pretty big decision.