First, I do not speak English as well

and my question is, in the attached image you can see the problem.

The point light does not affect the shadow.

How do I solve the problem? 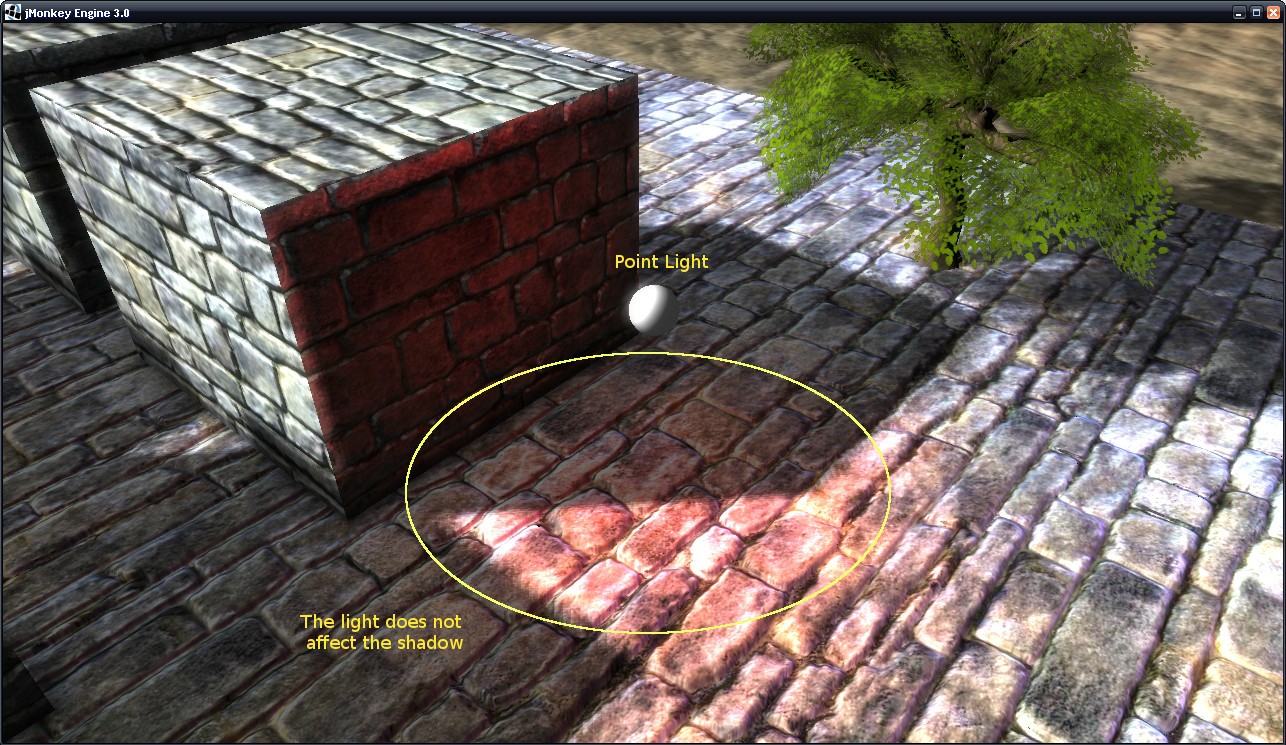 Point light does not work with shadows at the moment. You could try making the light brighter and it could improve it a bit, but the shadow will still be there and the point light will not cast its own shadows.

Thanks for the quick response.

Light and shadow are vastly different things in 3d graphics and don’t have much to do with each other really. The shadow processor has a “virtual” light position that is used to compute how the shadow falls, it doesn’t even need any lights in the scene to work.