Few words about a project I started a while ago. It’s a space-sim trade explore fight kinda game with Elite, Freelancer, X-universe and other influences.
Not a lot of time for me to work on this one however, its just a hobby project…
Features so far include:

At the moment I am working on the multi-player features, fortunately will be included in the next build.
There are a bunch of screenshots and videos here: 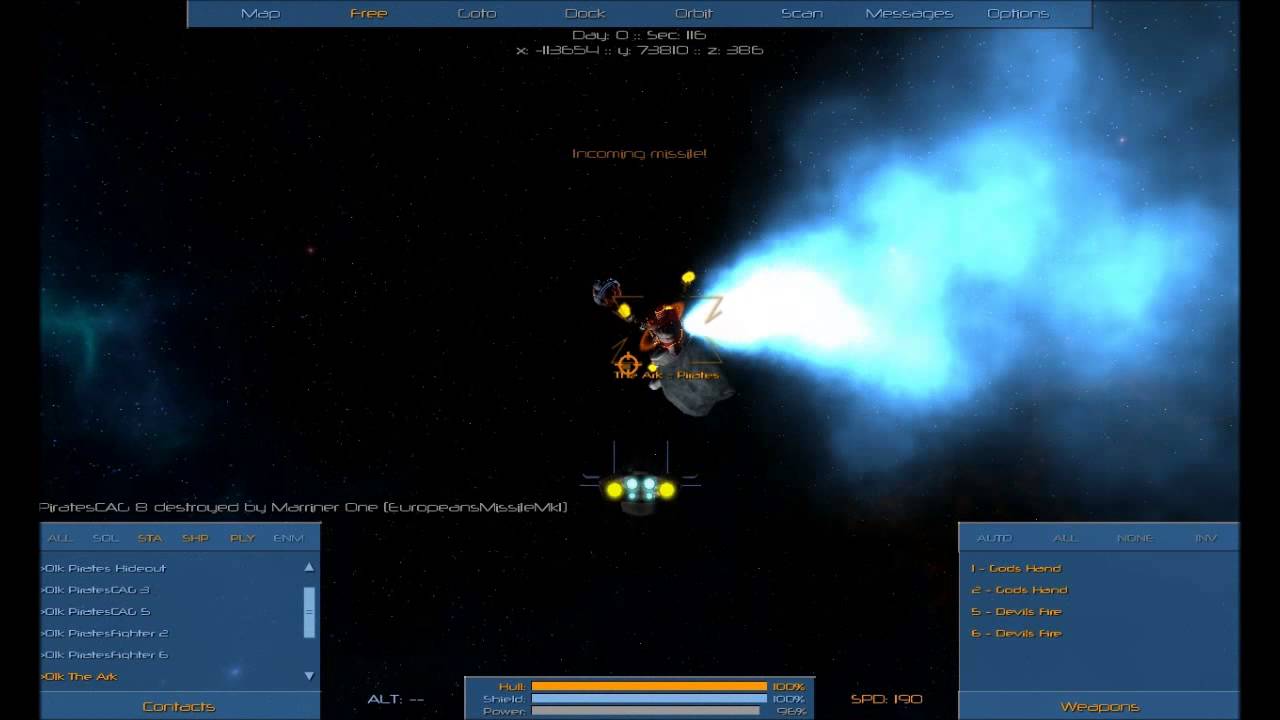 Please be gentle, its my first java and jme3 project, but of course, criticism is always welcome

there are a lot of things done already not seen in the videos, ill try to make another one as time permits…

The atmosphere and sun effects are awesome. I also see you did some work on gas giants.

Any chance you’d want to contribute those aspects back into jmeplanet?

Also a technical question. Are you still using a logarithmic depth buffer or did you switch to a dual viewport setup like I did recently in jmeplanet?

@aaronperkins the gas giants are actually the same as you did the planet only the height is set to 0 and the same texture is applied for all 4 terrain maps, and denser fog as atmo

only thing i added are rings with the same material as the atmo layer… I can gladly contribute those!
there is also an asteroid field generator using jmeplanet which is slightly simplified and only one texture.

About the question, yes I still use LDB because of the performance 1stly and second because dual viewport setup require more modifications to integrate. I am planning to replace the ocean with simple sphere and a custom water shader reflection and all but that will prolly take a bit more time and hopefully the LDB will no longer be required since i had to modify all the matdefs for filters, shadows, you name it :))

Thanks again for your contribution who made this possible!

Oh wow… there is a lot in common with a game I was planning on doing for some time now, and I just recently stumble upon JME3 while looking at engine. Read on jmeplanet last week and thought it would be very helpful, and now this… I’m speechless

Yet I get a feeling there is enough difference so that our game will be distinct, but at the same time could share lots of common code. I’ll get in contact with you via pm.

There is some really visible “popping” on lod detail changes and entering/leaving atmosphere though - really you should fade in the transitions more smoothly to hide them.

Also the very static ship at the bottom of the screen feels wrong - make the ship move as it turns/etc to give some feel of actually doing things (i.e. turn right have it bank and turn a bit on screen then return back to level). This gives much more of a feeling of movement/flight.

Thanks @zarch for the comments and advices!

Awesome. Starting to remind me of the X series… But with accessible planets.

Do you plan on releasing anytime soon?

That looks cool! Keep up the good work

@aaronperkins I’m trying to release a beta version in December and a test applet much sooner. Hopefully. Really depends on time…

Sweet! Can’t wait to try it out.

I’m getting this error when extracting the zip file: 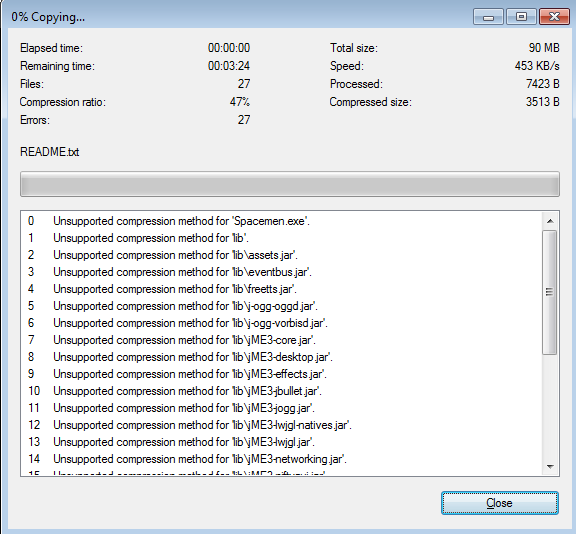 @Sploreg, the archive is built with rar, maybe that’s the reason? I re-checked now and unpacks wo errors with winrar… Thanks for the feed-back!

Very cool. I’d have liked to have seen what was going on sans overlay though. Looks like there was a lot of action going on. Nice work!

I hope I can find a test build for this and actually play the Spacemen game. It looks very good.

I used jmeplanet previously to create some space scenes and was looking for more astronomical objects such as asteroids, suns, quasars etc and I’d also like to find a way to enable collision detection between planets, moon and other space objects.