Good feedback. To address this issue, I’ll make sure to use 1.7 when building future releases of Minie.

ClothGrid should work for simulating most cloths that have

such as a flat scarf, a flag, a wrap skirt, or a rectangular cape.

To simulate a Moebius scarf, a triangular pennant, a tube skirt, or a circular cape, you’d probably want a different mesh.

I’ve just switched my project’s client from Bullet to Minie. I don’t have a lot of time to play with this now (and time will be short the next few weeks), but once I’ve had a chance to do it justice I’ll give some feedback (so far so good - can’t beat a drop-in replacement with no need to refactor for changed package/class names!). 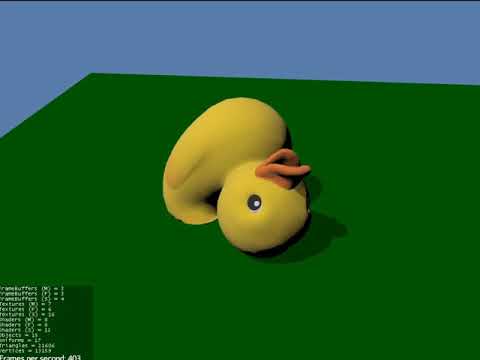 built for compatibility with Java 7 (I hope!)

Thanks Stephen. Still cannot work with java 7 because jme3-utilities-heart-2.28.0.jar requires Java 8… can you fix it in next release?

Now it seems OK but I’m getting an exception while trying to load the regular JME sample terrain here is the line which causes the exception:
terrain.addControl(new RigidBodyControl(0));

Thanks for the report. I’ll investigate.

Update: it may be an unnecessary exception. Before I remove it, I want to make sure.

You probably know this and I’m just missing context or whatever, but my understanding is that Native Bullet doesn’t support translation (or rotation) of heightfields. Unless something has changed (or I’m missing information) that makes it seem kinda important as a warning.

If it’s indeed unnecessary here I’d be curious to hear why!

That was my understanding too—at one time. But I can’t find that limitation in the Bullet documentation. Maybe there was a limitation at some time in the past, but not any more.

I still plan to investigate …

Neither could I when I looked 2 years ago.

(But, the reason I looked into it was because I had problems doing just that…)

Look forward to hearing your findings!

I believe I’ve got translation, rotation, and scaling all working for HeightfieldCollisionShape, so I should be able to remove the exceptions in the next release.

I’ve just published a bug-fix release (v0.9.3) which addresses the “No horizontal translation of heightfields” issue, among other things.

Thanks again for your help, @adi.barda !

Thanks again for your help, @adi.barda

Thank you so much Stephen. I will check it soon and report any issues I find

Today I got Minie working with double-precision native libraries. I’m not sure how useful that is, since all physics coordinates get converted back to float when they’re returned to Java.

I also worked out how to automatically build both the “Debug” and “Release” versions of the native libraries—at least for the Gcc toolchain. The “Debug” libraries are huge, but they’ve already proven useful for troubleshooting native code.

As a consequence, the project has expanded from 6 native libraries to 20. For the moment, I’ll hold off on deploying multiple class-JAR versions for each release. However, the potential is there.

I’m no expert, but theoretically using double for background simulation should still make the simulation more accurate (will it matter much for our purposes? dunno), and should give a little more world design flexibility (although I still think it’s a good practice to try and keep physics simulations as close to 0,0,0 as possible, separate view from model, etc.).

Like I said, I’m unsure. If you’d like to experiment with double precision physics, I can show you how.

I’m sure I’ll try that out eventually, but probably not for a little while. I’m also curious about how different JBullet’s relative performance is, so maybe that’s a good item to throw in with such a “benchmark” whenever I get around to that.