I’m trying to get the Blender animations for these models to work, but they appear differently than they do in Blender. I followed the guide, but the animations still don’t work. I think it might have something to do with matching bones to the mesh. I didn’t make either of them. I didn’t animate Cerberus, but I did animate the person.

Did you apply translation/rotation/scale? Do you have only 1 root node? Have you tried both the blender importer and oge exporter?

I did apply translation/rotation/scale. By there only being one root node, does that mean there is one bone that is parent to all other bones? If so, the Cerberus model fits that criteria, but the person doesn’t. I tried the Blender importer, but not the OGRE exporter. I’m trying to get it working now, but it requires an old version of Blender and Python, so I’m installing them.

EDIT: Well, when I open files created in a newer version of Blender with Blender 2.49, I lose all animation data, so the OGRE exporter isn’t going to work.

I tried the blender2ogre exporter. It won’t convert the person. It gets the error “StructRNA of type Mesh has been removed.” The cerberus converts, but when I convert it to a j3o file, I get the errors:

Then, when I add it to the scene, nothing appears. I tried making the person only have one root bone, but I still had the same problems after converting it. Also, it seems that when I converted it to a j3o, the root bone disappeared as it doesn’t appear in scene explorer window.

Those “errors” are fine. Nothing appears? Sure you clicked on the light?

The terrain is in the scene. It’s just the models that don’t appear. Also, the “StructRNA of type Mesh has been removed” error isn’t fine. It doesn’t create the .scene file.

EDIT: I think it might have something to do with not everything being selected when trying to export the model, but when I tried selecting everything in the cerberus model, I got the same error as with the person, “StructRNA of type Mesh has been removed.”

It imports fine with Blender2Ogre, your animations are screwed though, as originally stated: 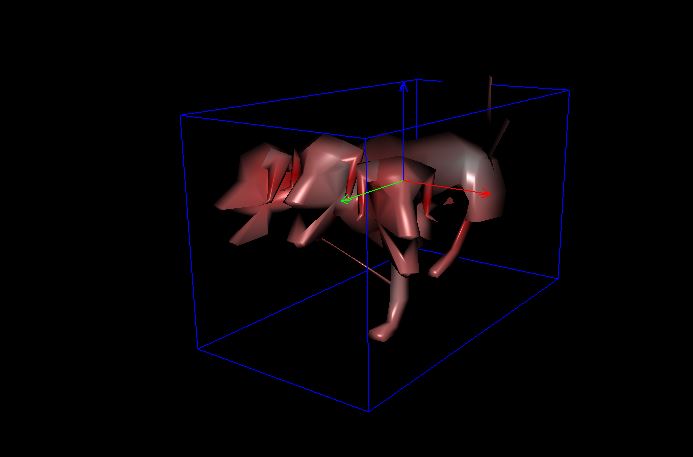 We had some problems with Blender-Animations when the bones aren’t connected (like hips to global)
You have to add some bones between them, without weights.

@mainclain said: We had some problems with Blender-Animations when the bones aren't connected (like hips to global) You have to add some bones between them, without weights.

<cite>@nehon said:</cite> uh? It shouldn't be necessary, I have plenty of models with unconnected bones and they work fine.

We had 2 models with the problem.
One worked in unity but not in jme3 the other was tested only in jme3 and started working when we add connector-bones between them.

make sure u uncheck x-axis mirror wen exporting,n i suggest u use the metarig add on for the skeleton