Half way through the month and I’m the first to start the thread? Hopefully you guys were just waiting for someone else to start one.

Here is a video of the progress I’ve made with my mphys library with the block object support. Sort of a lot of soul searching over the summer finding a way forward so that I can finally skip over limitations that are unlikely to get solved by my brain.

The short version is that (for the foreseeable future) I’m giving up on most dynamic object->object joints. They are just too unstable in this particular iterative solver and I don’t see that getting fixed any time soon. It’s even worse when joints are chained together… like not even worth demoing worse. (Though I guess it’s funny to watch, the errors are hard to explain.)

Instead, I spent the rest of the summer and my Thanksgiving break getting proper shape hierarchies working, ie: the ability to treat multiple shapes as one object. This covers 90% of my own Mythruna use-cases with some small compromises in flexibility. To cover some of the gaps, I made it so that the hierarchies can be changed at runtime so that the chest could still open and close if written to do so. It would just have to be a scripted action instead of a physical force thing.

Technically, I 100% needed these sorts of flexible shape hierarchies, anyway. I’d just been putting it off hoping that dynamic joints might get me by for a while (oh the irony). There was no way I was going to be able to have large sailing ships without objects attached to them, though.

Because the shape hierarchies can be animated and the center of mass changes on the fly, it allows for some kind of cool things. Near the end of the video is a wheel object with an internal pendulum that is animated to swing at a constant rotation. Because that shifts the center of gravity, it causes the wheel to roll. A neat effect that I was happy to see work the first time I tried it.

Still more to do but I can finally start moving onto other hard problems.

Nothing amazing, but a little demonstration of embedding JME in JavaFX with post processors (just a bloom filter for testing). Useful for creating JavaFX applications that use JME for visualizations. There is a slightly annoying limitation in that you can only render one viewport at a time. Meh. I’ll take the win and move on.

I normally don’t post here, mainly because everyone’s posts and threads complety outshine what I make, but it’s also pretty empty in this thread, so I guess I can fill it up?

I’ve just been playing around with the engine as a whole, learning things here, fixing things there, and having fun.

I decided to make a small little game, which is a parkour game, based on a vaporwave theme. It’s not too much, but it was fun to make and I’m probably going to finish it.

Edit: Here’s a extremly low quality clip of some gameplay

On a side note, I recently got a Oculus Rift-S, and I’m enjoying VR.

I’m curious if anyone in the jme3 community has made a VR game on the jMonkeyEngine. I’m aware that there are VR libraries for the jme3 engine, but I want to know if anyone had experience in making a complete game/techdemo in VR, and if you can show where I can start doing the same!

After a long hiatus I’m back at working on my game. This time I’m intended to release it commercially. 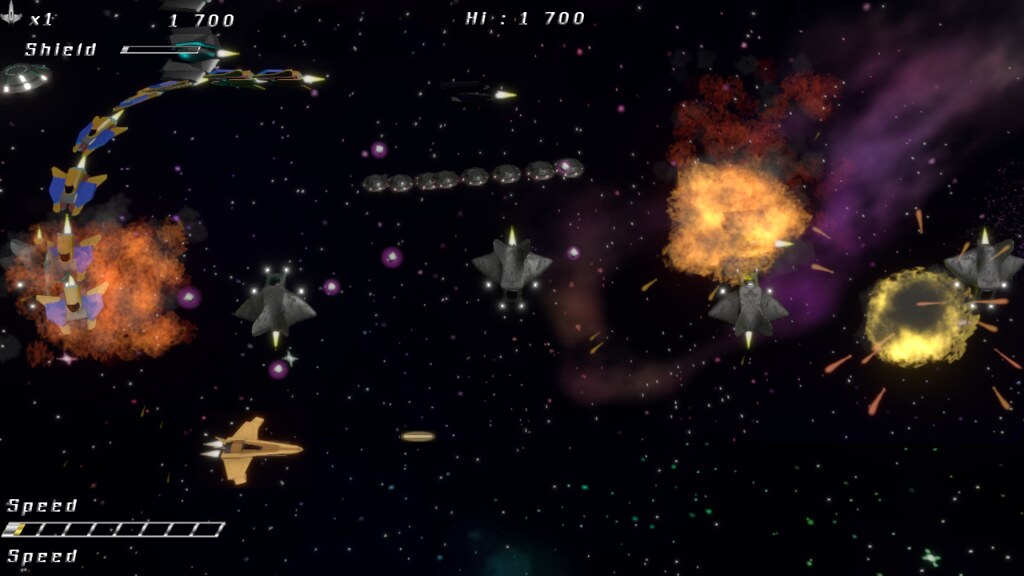 I was also bored last week and started working on a simple little mobile game specifically for my kids. I am still contemplating whether I should upload it to the Android Playstore.

I’d show valve index finger tracking working with jme… if Valve’s OpenVR documentation wasn’t mostly outdated and even a Valve employee seems like he gave up on me after I submitted the logs while SteamVR kept complaining about invalid action handles. Fun times.

Anyone ever had a positive experience with any of Valve’s documentation?

Lately I’ve been working on updating the melee combat system for my game, and I just added shields and blocking.

It could still use some polishing, but the next thing I’d like to do to improve the combat system is to start using Minie for physics and also switch to the new animation system with jme v3.3. Currently all of the swings and flinches are just static animations with the old animation system, which can be very limiting for melee combat.

But I’m thinking that inverse kinematics will be useful for a more accurate recoil effect when a weapon swing is blocked or hits a solid surface - and I’m also looking forward to using rag doll effects for more realistic death animations and knock-back effects from large entities or big explosions.

Terranova is a terrain generator, terrain mixer for use with JMonkeys terrain system, or other elsewhere if used to export generated height and splat maps.

Features.
Load terrains from heightmaps, or generate them using an array of custom settings and generator types.
Place trees, foliage, grass and even game objects using spawners with customizable settings.
Export terrains as scene files, heightmap textures, json format.
Complete scene can be exported or exported by layers for custom loading.
Place and move/scale objects such as in a the SDK.
Terrain mixing via heightmap/heatmap stamps.

What terranova is not
Any kind of replacement to anything that already exists. Think of it as a cool utility that might come in handy, depending on your project.

Planning to release to the store and github some time in January.

nice, just a note, i see you have missing “smooth” param to make terrain more smooth there?

Thanks! it is an option on the build dialog

I am in the process of refactoring (again!)