To make the necromancer more unique, I came up with the idea of making every living NPC leave behind a resurrectable corpse that can be reanimated into a skeletal variation of that enemy. The player can destroy the skeletons to collect bones and skulls that can be used for crafting and other quest related things.

Here’s a short clip of the skeletal monkey being reanimated by the necromancer.

I started by modeling all of the basic mammal bones in a single blender file with a shared texture atlas (the second image below). Then once I was satisfied enough to finalize the base bones, I moved on to start copy/pasting the bones into other blend files for all the different NPC models, then applied the AnimControl and set the proper vertex groups so it works with all the existent animations.

The top image shows a deer model that I purchased from a skilled modeler, and next to it is the undead skeleton version of his model that I assembled. The skeletal deer just needs its neck bones before its finally done -although I still have a lot of work to do assembling skeletons for all the other NPCs, and I’d also like to see if I can improve the skull models after I’ve had some more time to work on my blender skills. 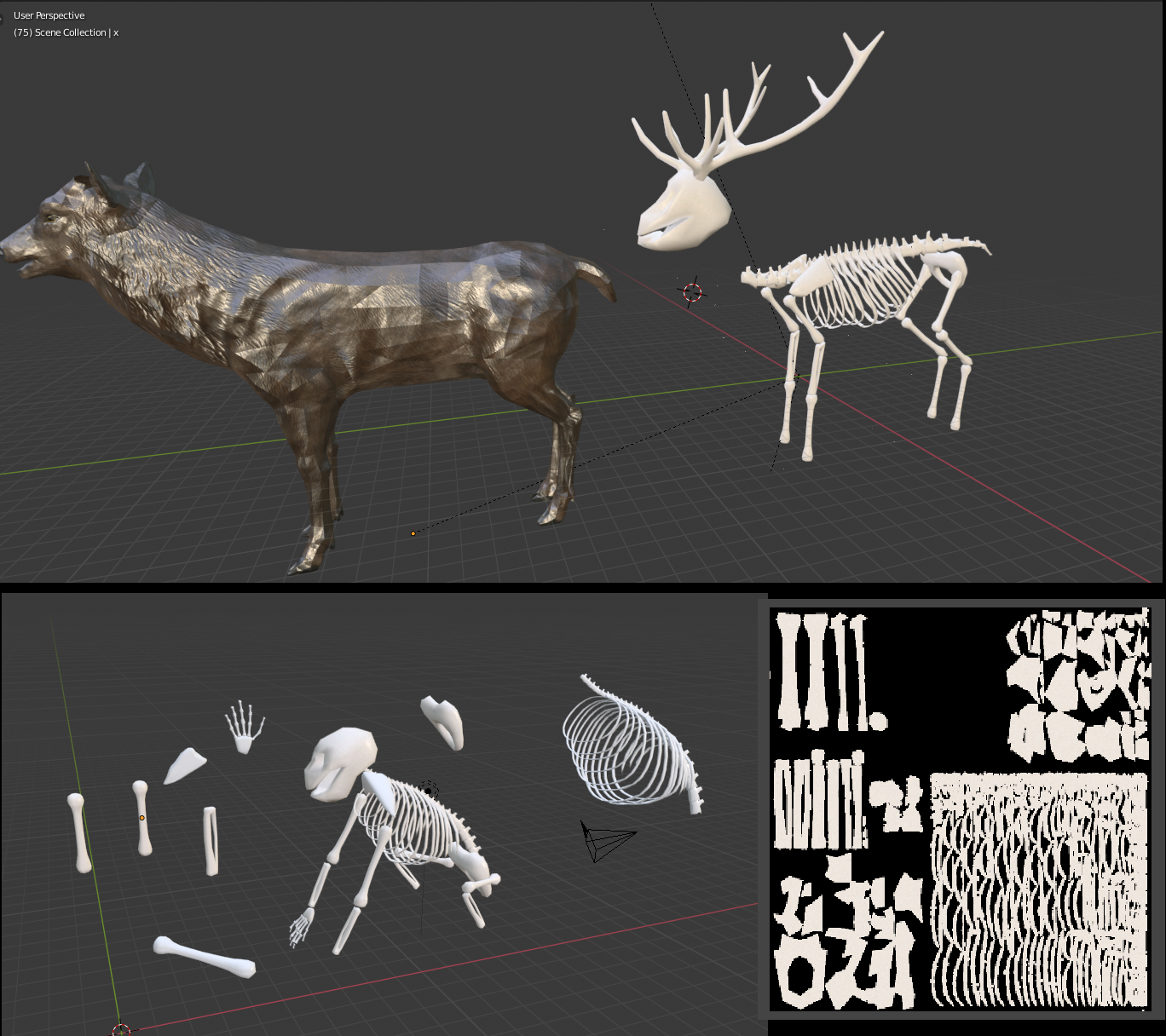 seems like you need “make smooth” his models in Blender anyway, idk if he forgot. Also looks like he dont give you animSkeleton for it?

Also looks like he dont give you animSkeleton for it?

There is an animation rig, but the bones are all tiny in Blender so its hard to see, but it seems as though the artist (or blender/sketchfab’s GLTF converter) arranged them at the joint that begins each bone. I’m not sure why, but for some reason all of the GLTF models I’ve imported to blender that I got from Sketchfab are like this, but the animations still run like normal.

seems like you need “make smooth” his models in Blender

I actually don’t use that copy of the live deer in my game (hes just there as a reference for the skeleton). For the live deer, I use a copy that was converted to .j3o directly from the original GLTF file I downloaded on sketchfab, to avoid any potential errors caused by the Blender GLTF importer. The JME importer actually imports the model with smooth shading, but it seems as though that data got lost when I imported it from GLTF in blender.

There is an animation rig, but the bones are all tiny in Blender so its hard to see

you have to change from “stick” visual type.

you can do it in right panel , when you were on object mode with selected skeleton if i remember correctly. i cant open Blender here so cant tell exactly now.

The JME importer actually imports the model with smooth shading, but it seems as though that data got lost when I imported it from GLTF in blender.

Well, i think it could be better if you would have “source of it” anyway. like Blender file with model + skeleton + animations on it. i understand you got skeleton in blender, but animations imported correctly?

For me, if I’m going to import into blender instead of directly into JME, I also try the originals that are 99% of the time available from sketchfab. I always download both.

And out of nowhere, a wild Toucher appears 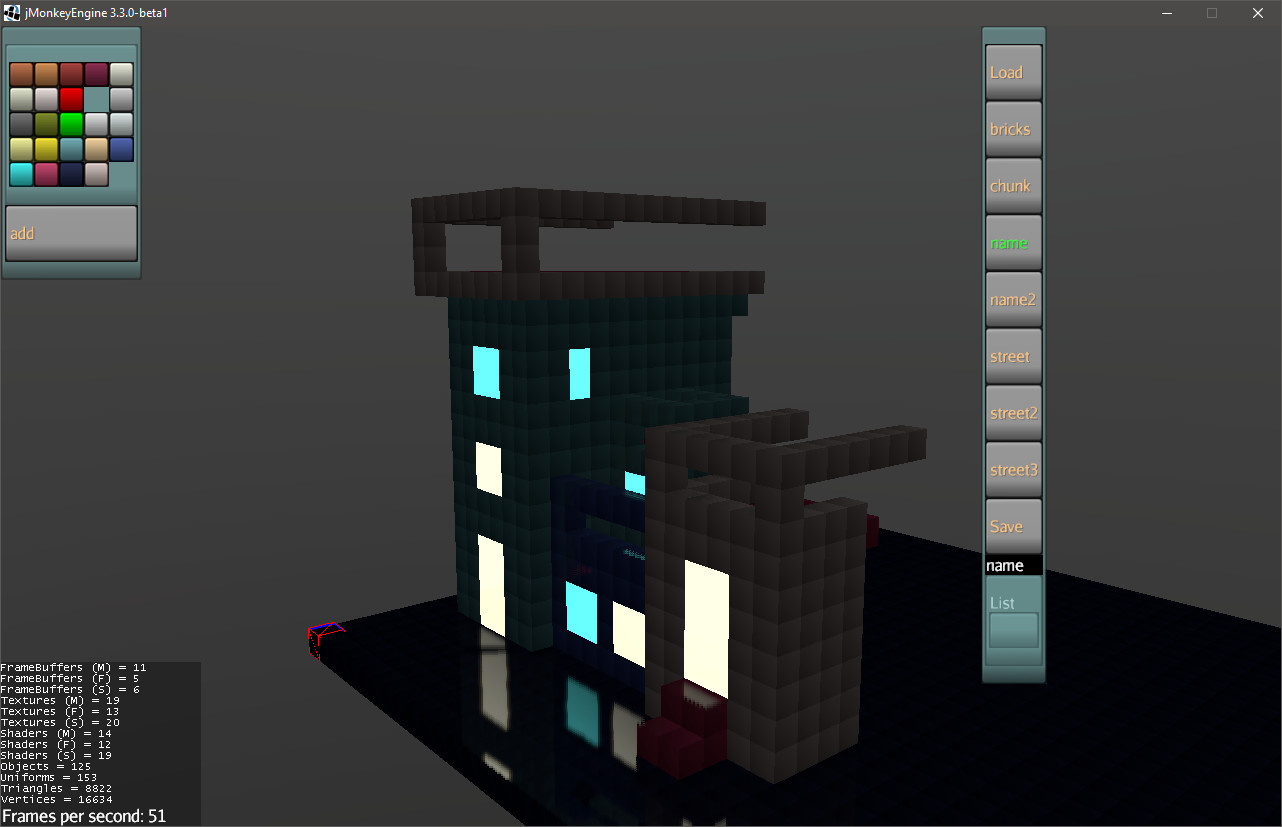 and the idea is that is editor mode, and that is made up of blocks like this: 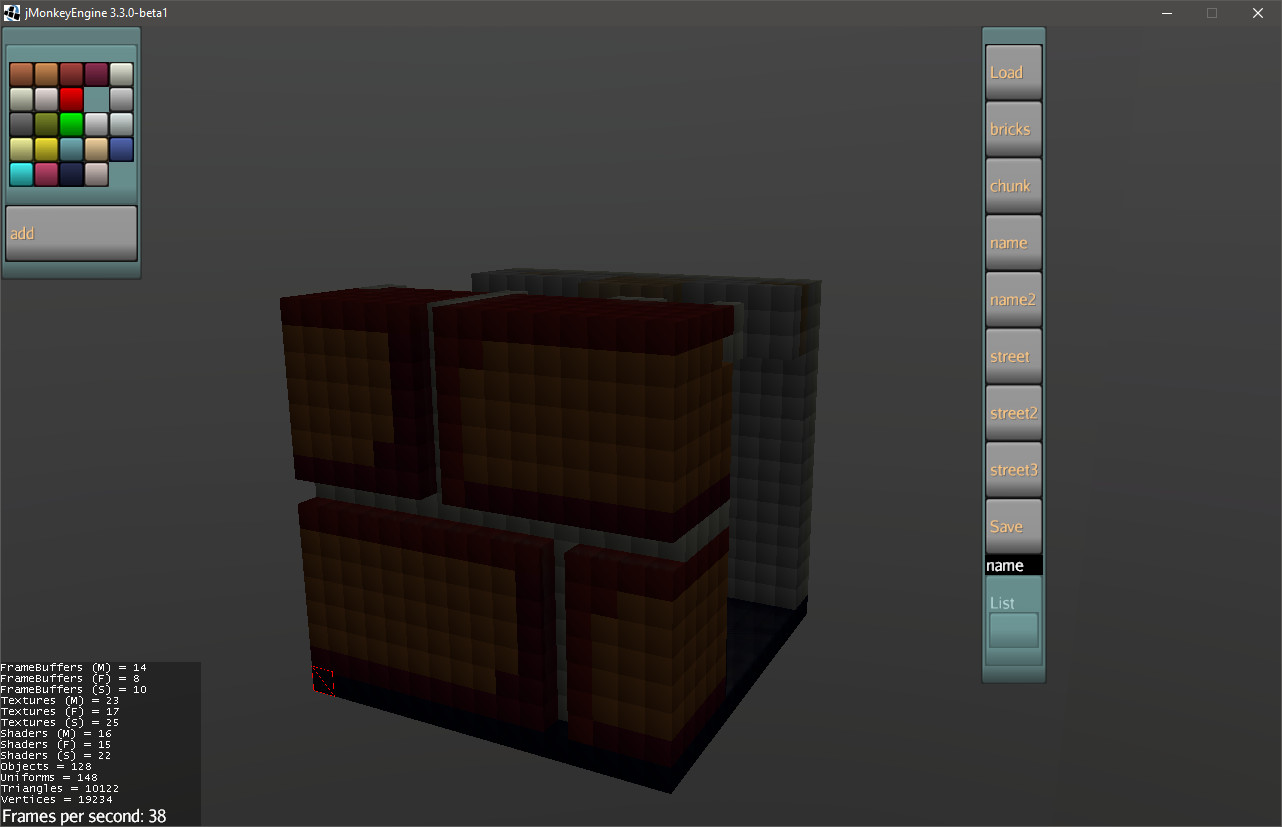 which are destructible via large explosions.

Wow! Glad you are back dude

@thetoucher Your Editor looks awesome!
I love the sleek black base with environment mapping, which also seems to be a block surface.

Edit:
I notice the red steps have it too. Nice.

Me when browsing hub homepage and seeing a certain smurf icon in the WIP thread’s posters section: “Hmmm, do we have someone new who likes smurfs or is certain shader specialist back? Naah, it can’t be the latter.”
Me when I click on the topic: “O shit, I was wrong! Nice!”

Nice, i need something like this (and have something simple). gonna do same work then

because need to construct models like this one:
(old video)

Yeah there will possibly be some overlap. I have a specific style in mind, so will be build the tech to match, I don’t need very accurate physics so will fake it with localised height maps. The emphasis will be on building more than destroying really.

One new mob, designed to be spawned by StoneGolems as a minion: 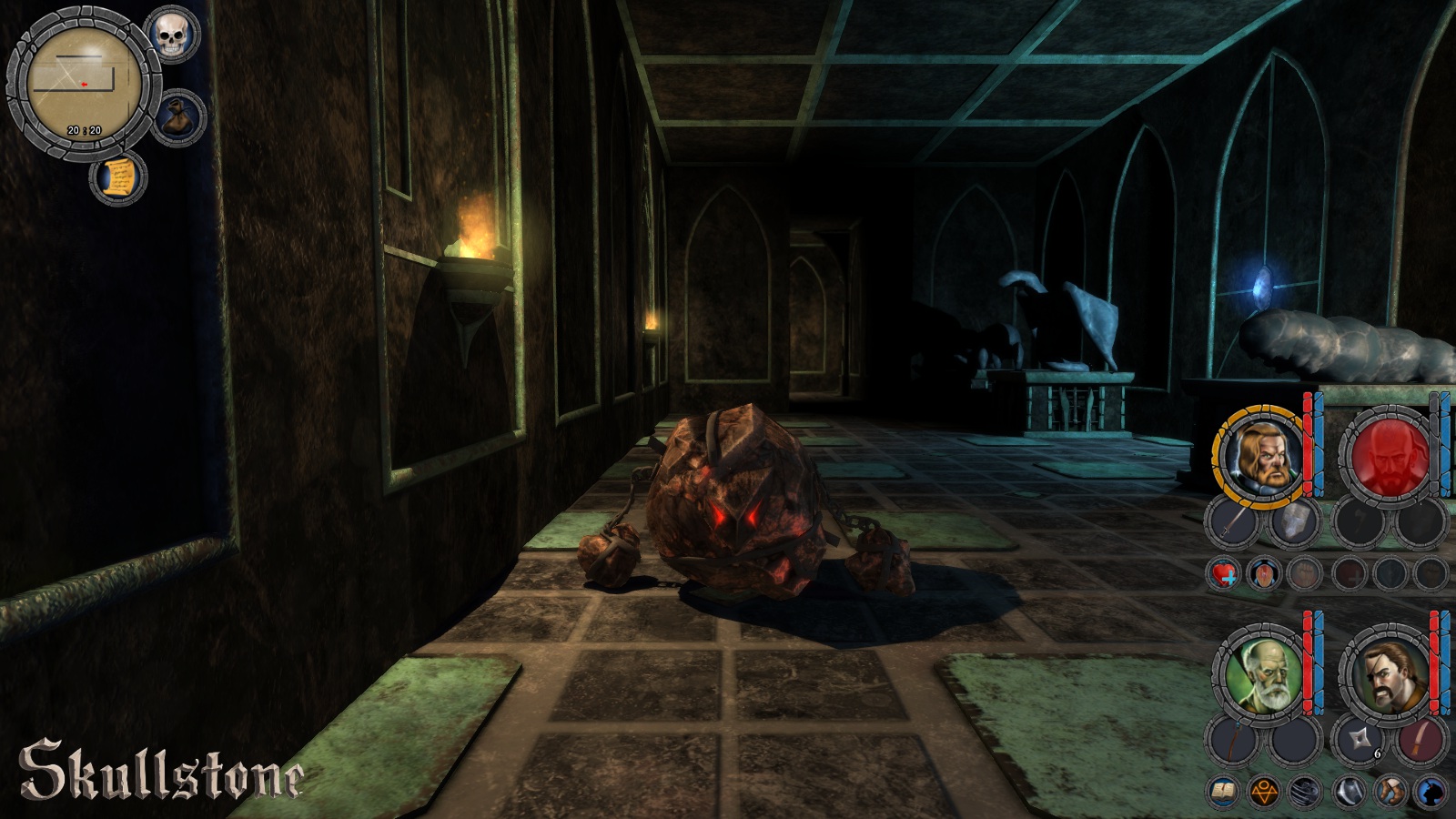 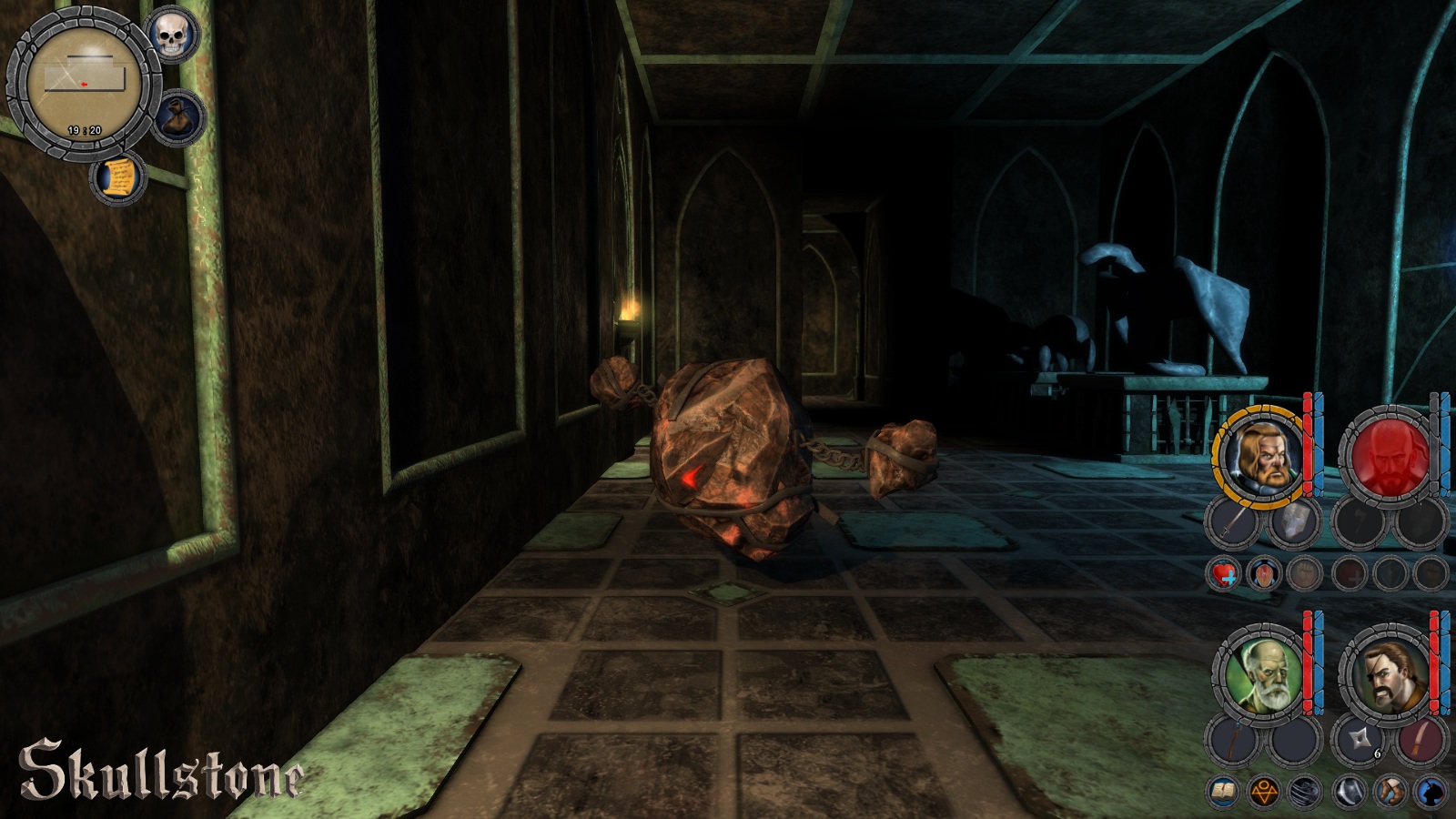 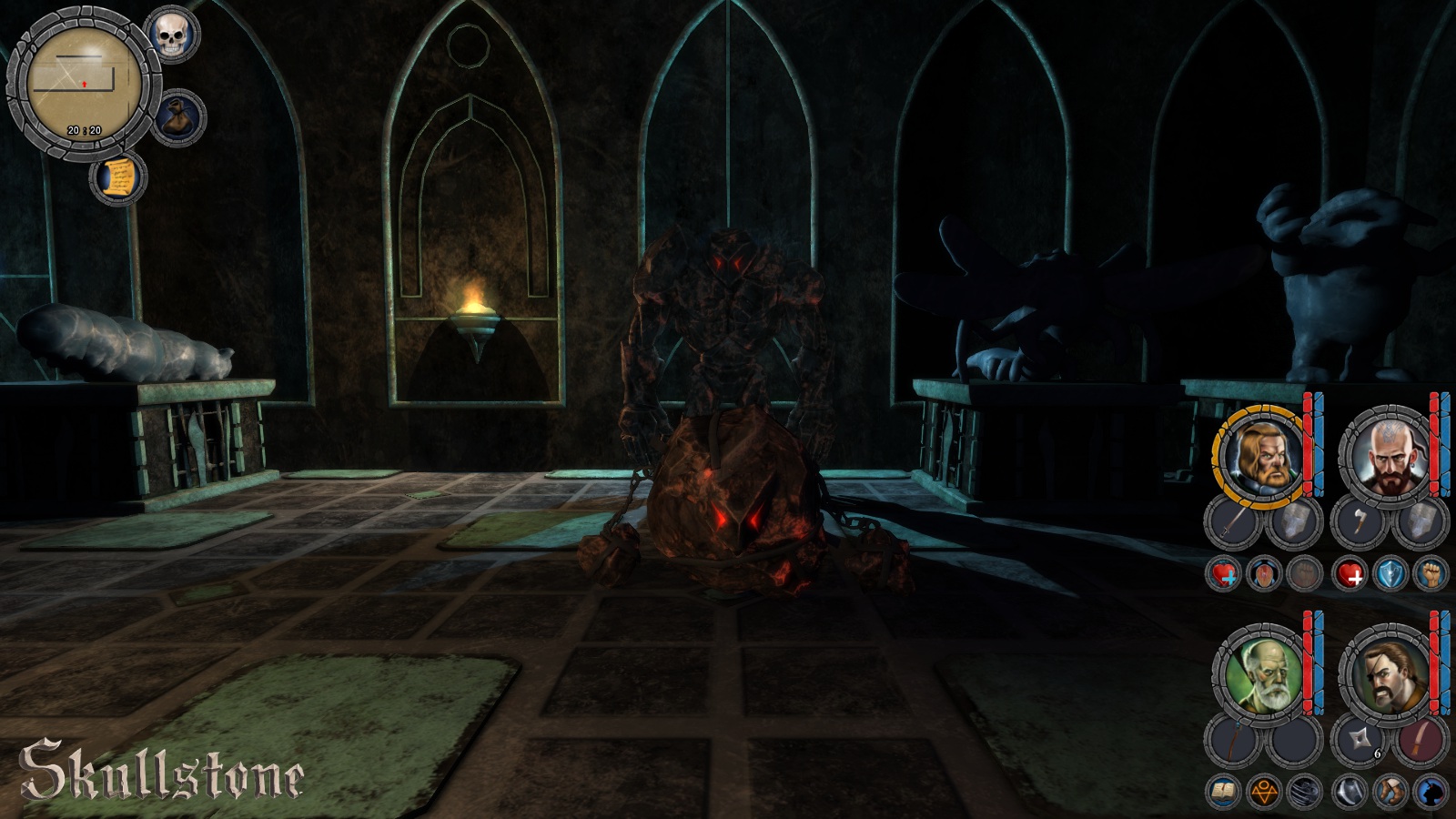 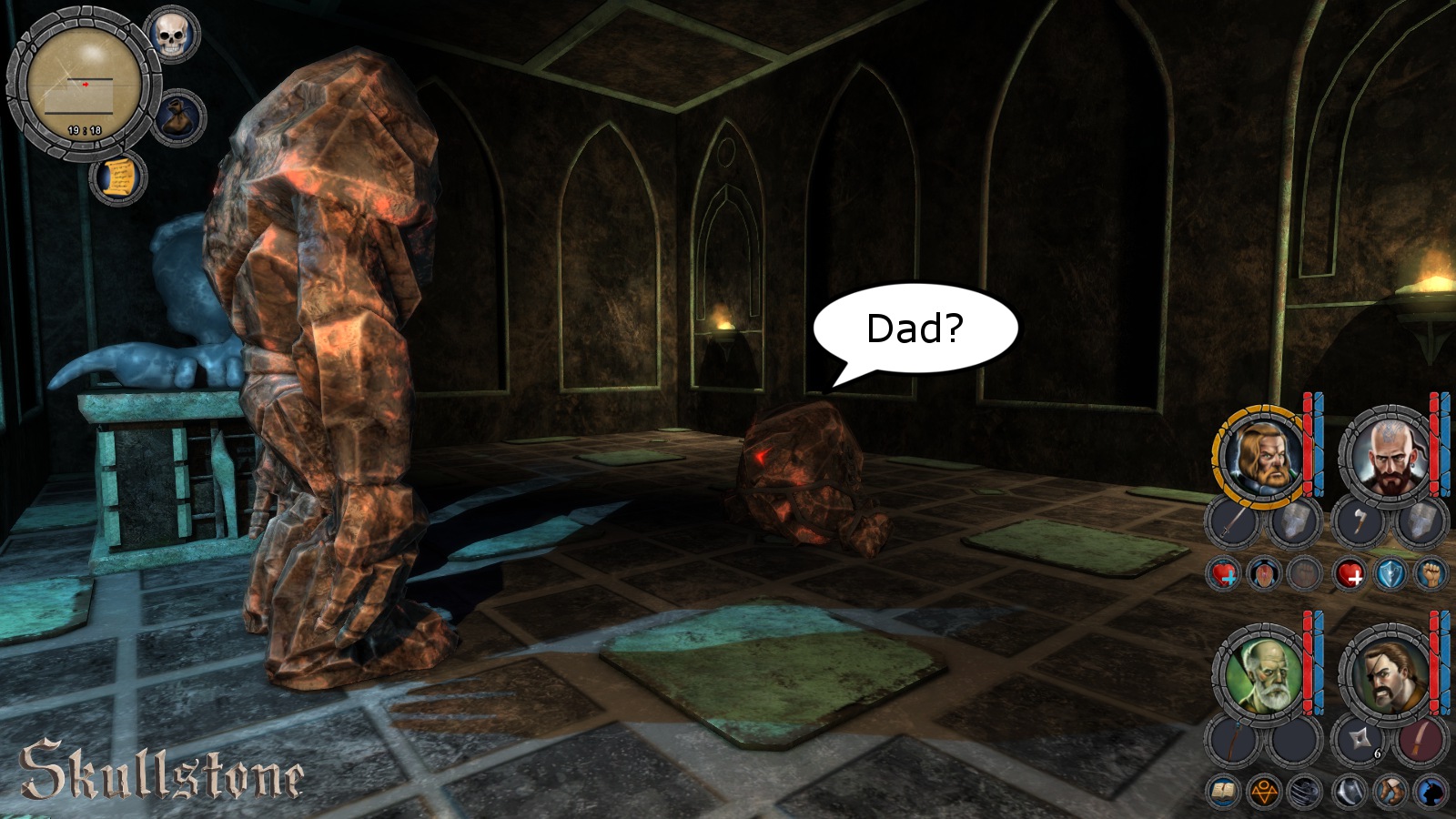 A chip off the ol’ block.

just some special ECS detail plotter system for entities. hope you like it. ofc. it batch it into one geometry.

Hmm, there should be something I am missing here… I am not sure if I am understanding how ES is relevant here!

Based on my understanding of ES design (which a library like Zay-ES is built on that) landscape creation (in which it has no interaction with actual game entities) would be considered as just visual stuff (client-side only) that is out of ES scope.

“in which it has no interaction with actual game entities”

its not Zay-ES(You could question me, why not use Zay-ES, but we had own reasons), in my ECS Terrain itself is also entity. Sun is entity, like almost everything is entity.
i know sun will be just one entity with sun component then, but what if i will want 2 suns

but still, its not about terrain, its more about informations plotter system get from ECS to function.
i would need describe all components and systems, but you need to know ECS can be done in many ways.

Fact is, i only add DetailSpreader component with certain params(since its not just about tree leafs and anyway each tree detailspreader component can have different params) and system responsible for it work well with other ECS systems/etc. Thats all that need to be known

Having a little bit of fun making some Terraria-type endless terrain. You can add and remove tiles. The lighting is regular cellular automata.

Based mainly off this article: https://gamedevelopment.tutsplus.com/tutorials/how-to-use-tile-bitmasking-to-auto-tile-your-level-layouts--cms-25673

nice one. somehow it more remind me Worms Armagedon

It’s very fast though, there’s a trade off between accuracy and image memory size… with no compression at all a 1k image supports around 500 objects with 340 frames of animation each, which means absolutely nothing.

Yes, I’m so lazy I didn’t even crop the image, and I don’t care.