Hello,
This is my first post/reply and I’d like to thanks all the contributors to JMonkey. Its a lovely game engine.

I was wondering if I could ask the motivation(s) for Minie. From what I have read, it seems like its intention was to simplify or improve the interface to the physics system bypassing jbullet. Was there other motivations like licenses?

Since its still a wrapper for bullet/pybullet - does that mean it will be using native libraries ? If so what platforms will be supported?

I have just begun playing with JMonkey & Minie - I’m not sure, but using a maven dependency …

I’ve cloned the Minie repo, and will look through the samples you have provided.
Thanks !

i had problems myself, but when you use gradle(for netbeans/SDK its plugin) then i was very easy.

Minie is like upgrade for physics in JME. It add better functions, myself i will use it for Ragdoll/kinematic mixing. but it also add other things/fixes. The only thing i dont like is that it require additional libs.(heart / debug) 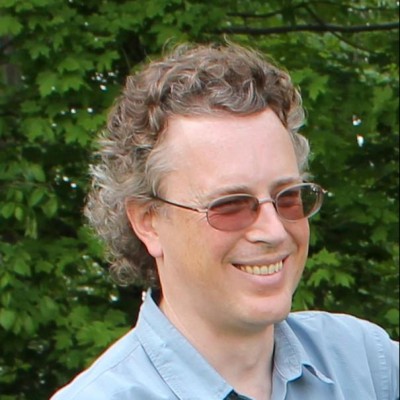 A JNI interface for Bullet Physics and V-HACD. Contribute to stephengold/Libbulletjme development by creating an account on GitHub.

in main page of:

you will find how to add Minie project. I suggest graddle because i tried using Ant before and had a lot problem.

My motivation for creating Minie was to use it in applications. For my applications, neither jme3-bullet nor jme3-jbullet is satisfactory.

Licensing was not a concern.

Minie does use native libraries. It includes support for the same 6 platforms that are supported by jme3-bullet-native:

I don’t know enough about Maven to explain why you had to add it manually.

Note that the Bullet C++ code is licensed under the zlib license. Everything else in Minie is BSD 3-clause.

The latest Minie release is now v0.6.5 . You can find the JARs on GitHub at:
Release Minie v0.6.5 · stephengold/Minie · GitHub
and on Bintray at:
Version Minie/0.6.5 - stephengold

Inverse kinematics is still on hold. For a summary of recent changes, see the release notes:
Minie/release-notes.md at master · stephengold/Minie · GitHub

The README.md now includes advice on choosing which collision shape to use. 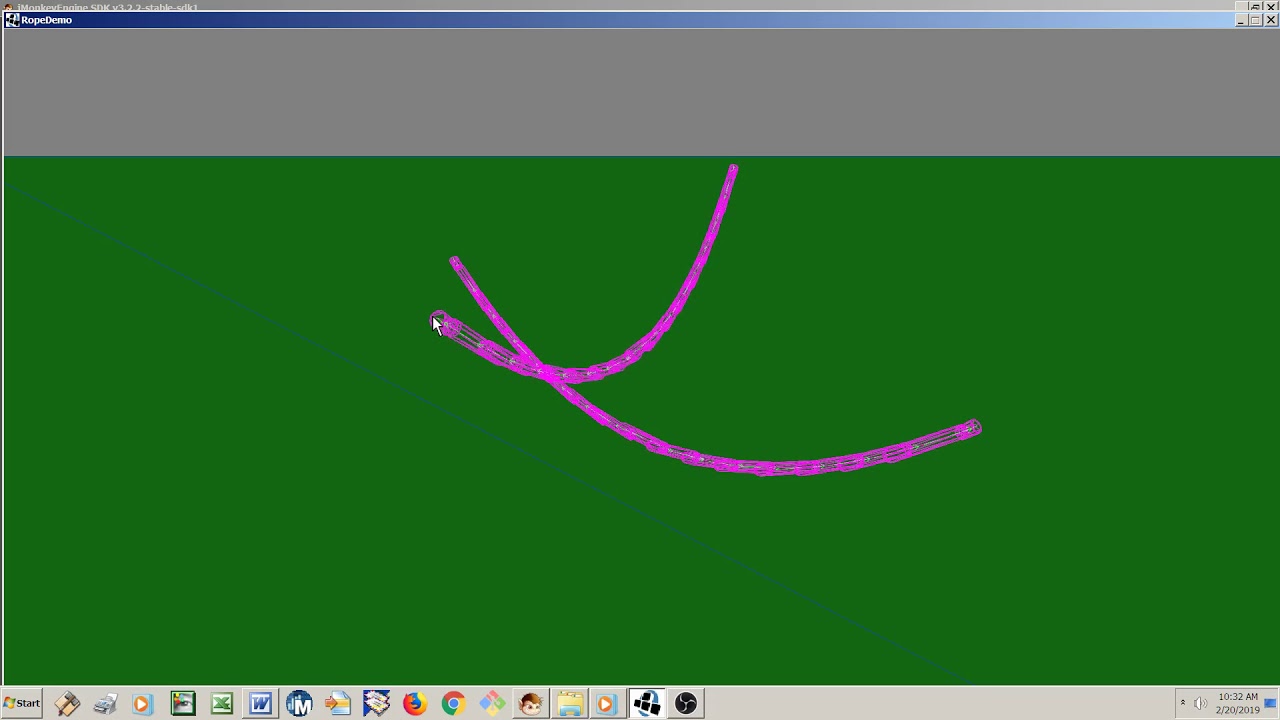 Source for the demo app is at Minie/RopeDemo.java at master · stephengold/Minie · GitHub

By the way, Minie v0.7.0 was released yesterday. You can find the JARs on GitHub at:
Release Minie v0.7.0 · stephengold/Minie · GitHub
and on Bintray at:
Version Minie/0.7.0 - stephengold

For a summary of other recent changes to Minie, see the release notes:
Minie/release-notes.md at master · stephengold/Minie · GitHub

As ever, I welcome any constructive feedback…

The code used in today’s buoyancy video is online at Minie/BuoyDemo.java at master · stephengold/Minie · GitHub

Minie v0.7.6 was released tonight. You can find the JARs on GitHub at:
Release Minie v0.7.6 · stephengold/Minie · GitHub
and on Bintray at:
Version Minie/0.7.6 - stephengold

For a summary of the recent changes, consult the release notes:
Minie/release-notes.md at master · stephengold/Minie · GitHub

Also, I’ve updated Minie’s README.md to clearly explain why you might want to use Minie instead of jme3-bullet or jme3-jbullet: Minie/README.md at master · stephengold/Minie · GitHub

The PR implements a very pared-down version of DynamicAnimControl, corresponding roughly to its feature set in Minie as of October 2018. It doesn’t support:

Many of these features will be very difficult to add to jme3-jbullet without access to the source code.

The good news is that it seems feasible to transition Minie to the new animation system. The port will probably take place in a new branch of the Minie repo, and for a while each release of Minie will be double: one version for JME 3.2 and one for JME 3.3. Since branching implies duplication of effort, I hope to make the transition period as short as possible. I haven’t decided when this should happen.

if noone really have jme3-jbullet sourcecode (but i remember someone provied link to some old fork) then i belive we should drop support for it, or “if someone is able”, then write a new one based on some older versions.

by drop i mean at least for DynamicAnimControl, because its like dead end because of jBullet.

because it block a lot. you are physics specialist here now

The physics specialist wants to drop both jme3-bullet and jme3-jbullet. Minie is the future of physics in JMonkeyEngine—unless @pspeed publishes a physics engine.

if noone really have jme3-jbullet sourcecode

I guess we were given the link to the modified code that JME uses and then no one did anything with it. I’m asking if I can have the link again.

jbullet still works better for me. native bullet has a weird bug with the catch-up stuff that means I always have to run it single step. It’s weird because I’ve looked through the C++ code and I can’t spot the problem. 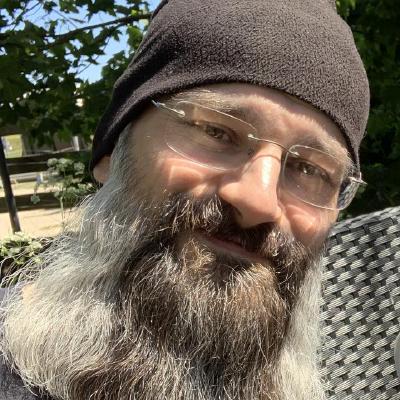 Hey, I finally managed to upload the modified jbullet source as its used in jME3 to github: https://github.com/normen/jbullet I had a checkout of the original jbullet source from here: http://jbullet.advel.cz as well and synced the updates to that in irregular intervals manually by creating a diff to “our” source and applying the changes. The last sync like that happened over two years ago though - I don’t know if there were any changes to the original jbullet in that time though as its devel…

It’s great that you found the source code. You’re probably right that maintaining 3 libraries will be difficult for one person.

As for which libraries should be included in JME 3.3, I think that discussion belongs in a different Forum topic.

The pull request is integrated into jMonkeyEngine’s master branch!

Quazi reminded me that DynamicAnimControl (DAC) ought to have a page in the JME Wiki. To that end, I would like a few new users—alpha testers, in other words—to help me see the software with fresh eyes. The usual deal: as long as you’re using the software and providing feedback, I’ll support you as best I can. Send me a private message if you’re interested.

I expect the main hurdle to using DynamicAnimControl at the moment is configuring it for new models. In parallel with the documentation effort, I plan to write a configuration tool. The current tool (TuneDac) is an ugly hack, not worth documenting. And while I am gradually adding DAC tuning to Maud, Maud is a general-purpose editor, which makes it unnecessarily complex for this task. (Maud is also a long way from supporting the new animation system.) I foresee an immediate need for a tuning tool that’s simple and easy-to-use and can be made to work with the new animation system.

we drop bullet native from core and only keep jbullet.

I hope not. Some of us cannot use jbullet.

Minie have updated/fixed bullet native library(same as JME have). No need drop, just update with Minie changes into it.

its like “for android use android packages”, because also non android will not work… or “dont use both native and jbullet because it will not work correctly”. So same could be here “dont use minie package with jbullet”

Because as i see, jme3-bullet-native is not updated to required changes. In Minie there were not just changes to allow use of Minie, but there also were some fixes for physics. (that even if someone will not use Minei features, it will fix some problems for physics itself)

@sgold, i will check everything later myself, because what i need are ragdolls(half ragdolls, legs positioning and some nice features) as you already know, but after i will finish what i started.

Please take your discussion of physics libraries to another topic. This topic is about DynamicAnimControl.

A first draft of the DacWizard tuning tool is available from GitHub:
Minie/DacWizard at master · stephengold/Minie · GitHub

Current status: a cute toy. The “easy” parts are done: load a model from the filesystem, select which bones to link, configure the links, and write (Java) configuration code to a file.

I solved the interesting part. DacWizard is now ready for use.

I uploaded a walk-through video to YouTube. Take a look: 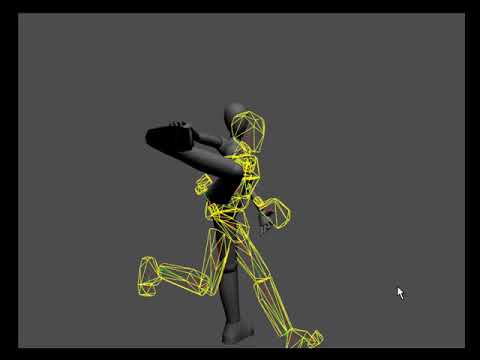 re: your video: two forearm bones help simulate arm twist more cleanly, the low bone is usually constrained to only rotate with the hand on one axis to allow arm twist…long and short of it, the upper bone is the controller