@aegroto Sorry to steal the topic from you 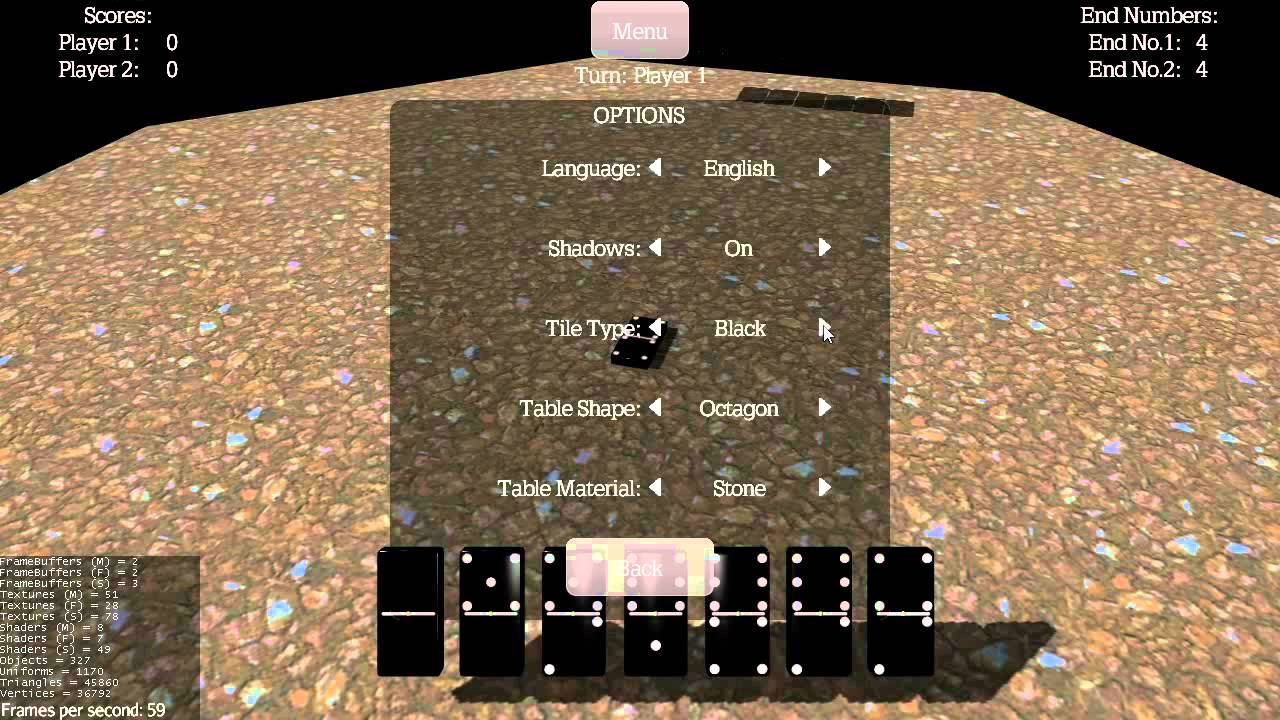 Edit: someone who knows French can help me check if the translation was correct please

However “Numéro d’extrémité” sounds really weird, but I can’t really figure what the “End Number” is in the context of the game.

EDIT : For the tiles it’s actually “Tile Type” so it would translate to “Type de tuile”.

Thanks for the feedback. As for “End Numbers”, I found it hard to pick a goos way to say it, but I dunno if I can use “End Pips”, the pip numbers that are on the ends of the game

share you properties, csv file with key + translation a gist, pastein, googledoc/spreadsheet. so we may contribute.

I am at work right now so i don’t have the properties file here. I will make the public as soon as I get home and any other language is welcome as well

well…translating without the context can lead to really dumb translations…and since there is not that much word, IMO it’s good like this.

I may help with translation to pt-BR 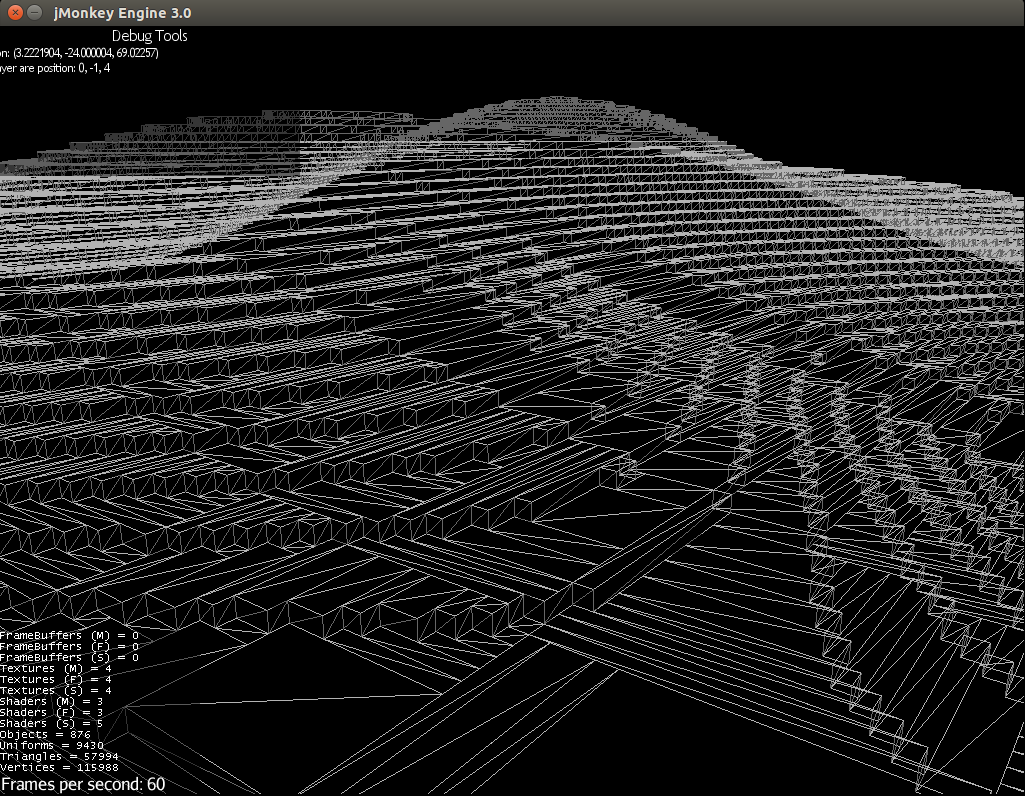 Made a lot of changes to my game.

native SoftBody physics is on the way 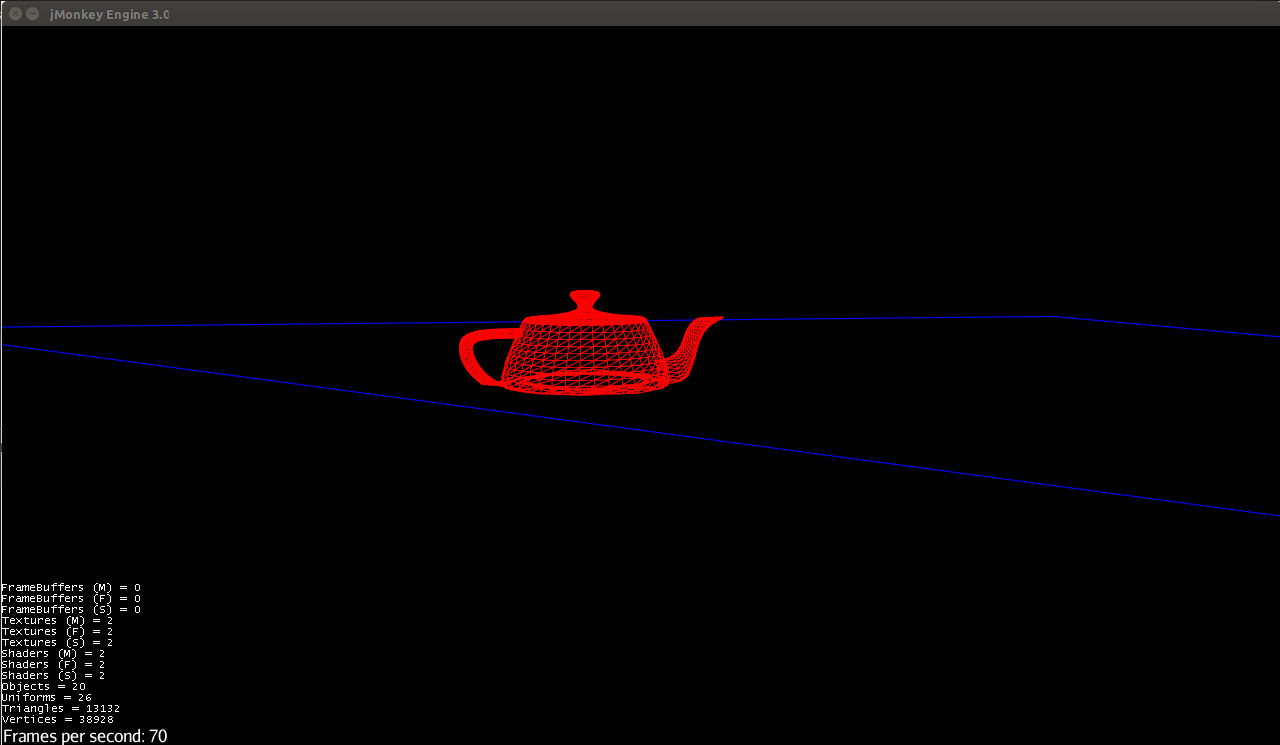 is still a lot of works to do, but at least i have a result.

Tip: Don’t search on Google Images about SoftBody like I did…

Hi, I’m new here. What my project is basicly about is assembling ships from modules you find floating around/salvage from destroyed enemy ships and exploring space doing contracts and stuff. Used to be a JavaFX game but I recently switched to jme because it just wasn’t cutting it

Currently working on the first build of the port. 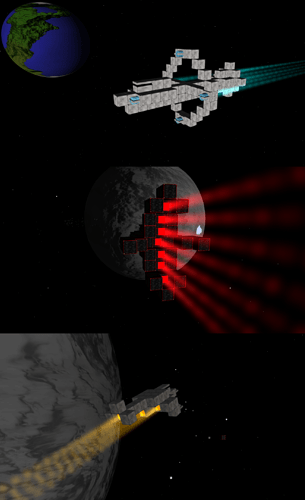 An early shot of my grass area system 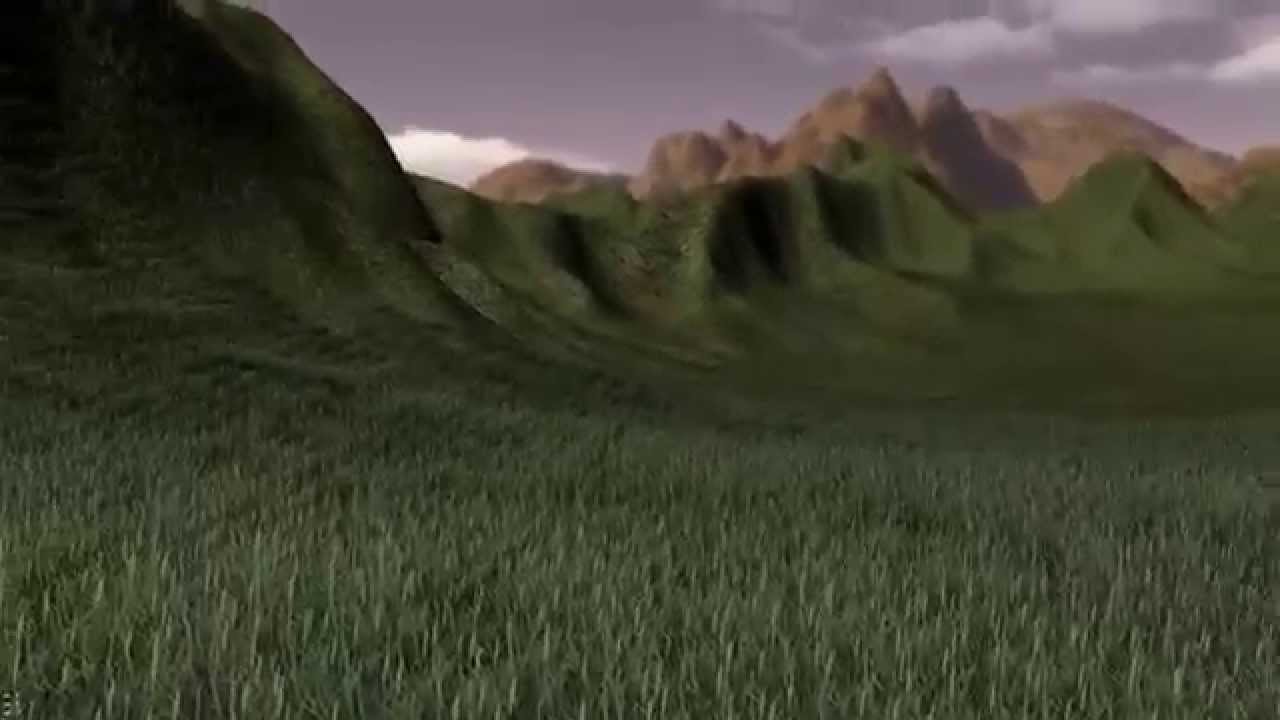 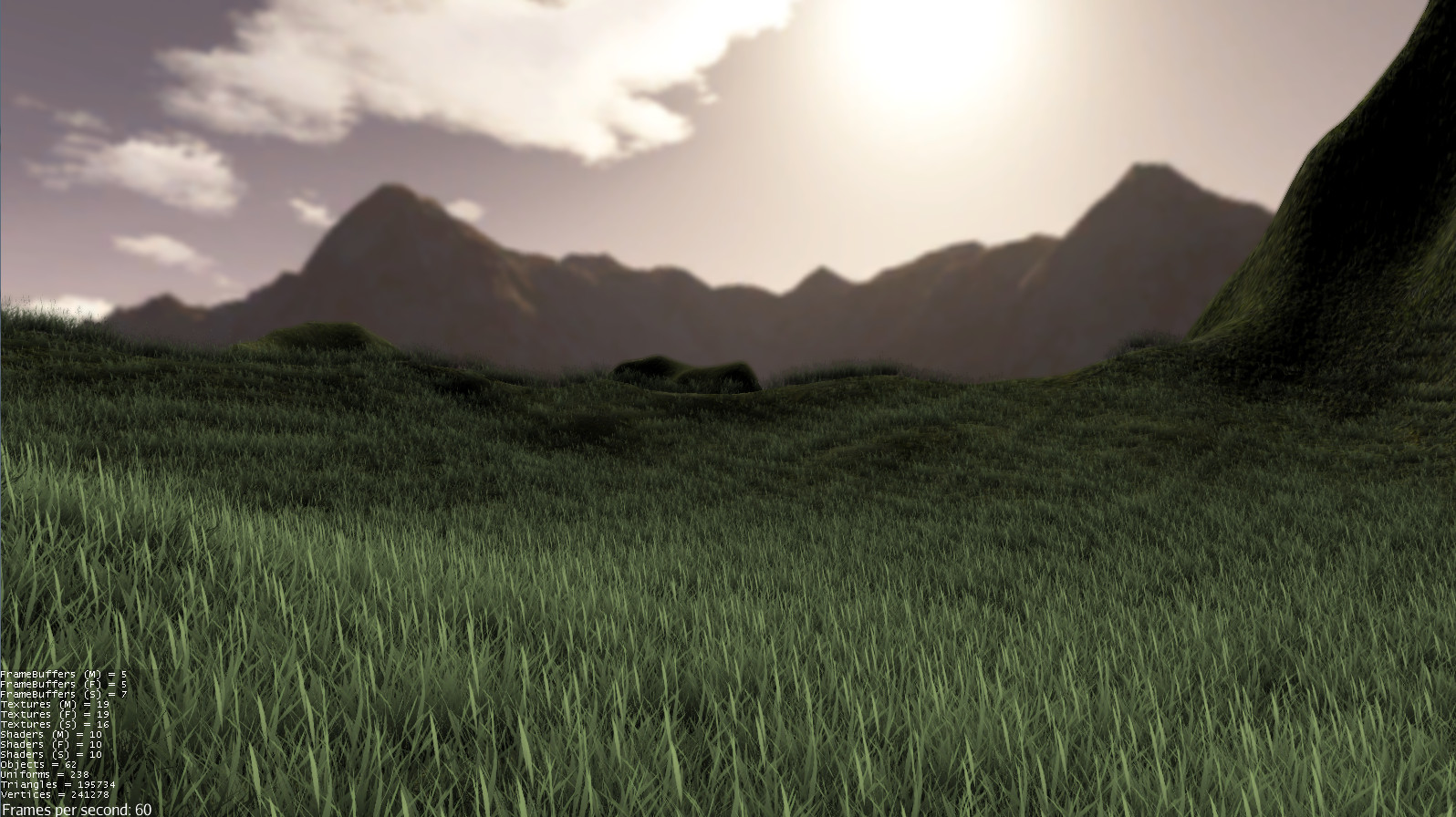 @stomrage This video is private

I reworked my background system to allow for better control over what is displayed. I also added the option to enable SSAO into the scene. 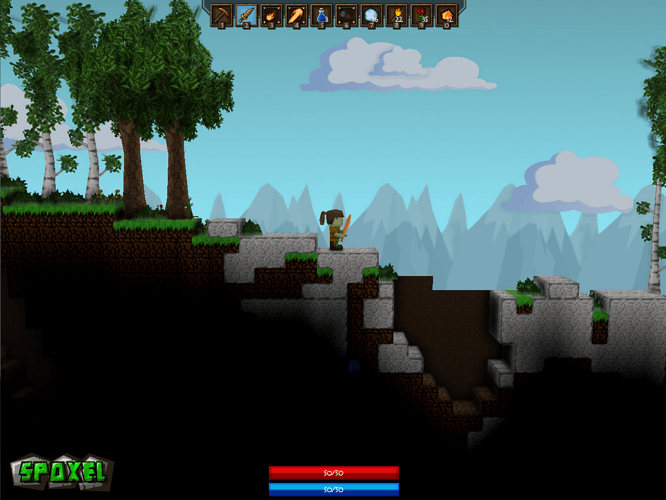 I suggest to also add to the mesh a distance factor, so the grass fades a bit out at the end, this will remove most of the remaining artifacts you have.

Really reminds me of terraria from the optics 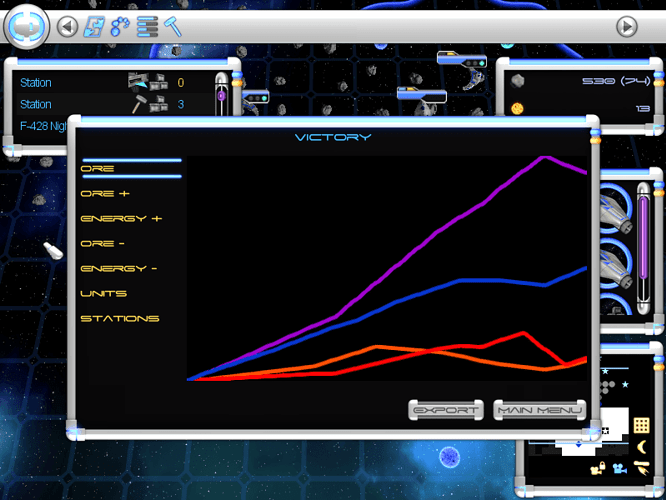 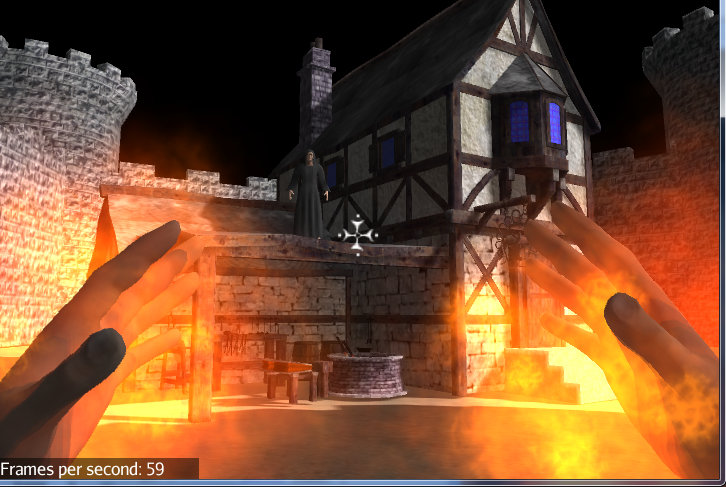 As you see I added a couple more models (from here: http://www.blendswap.com/blends/view/75729. That guy offers a whole load of medieval models with a CC0 license - awesome!). The main changes are in the networing code though. Client-side prediction and all the connected mechanics are now working (almost) properly.