And before the month is over, let me start this thread. I’ve been working on some models for my game. 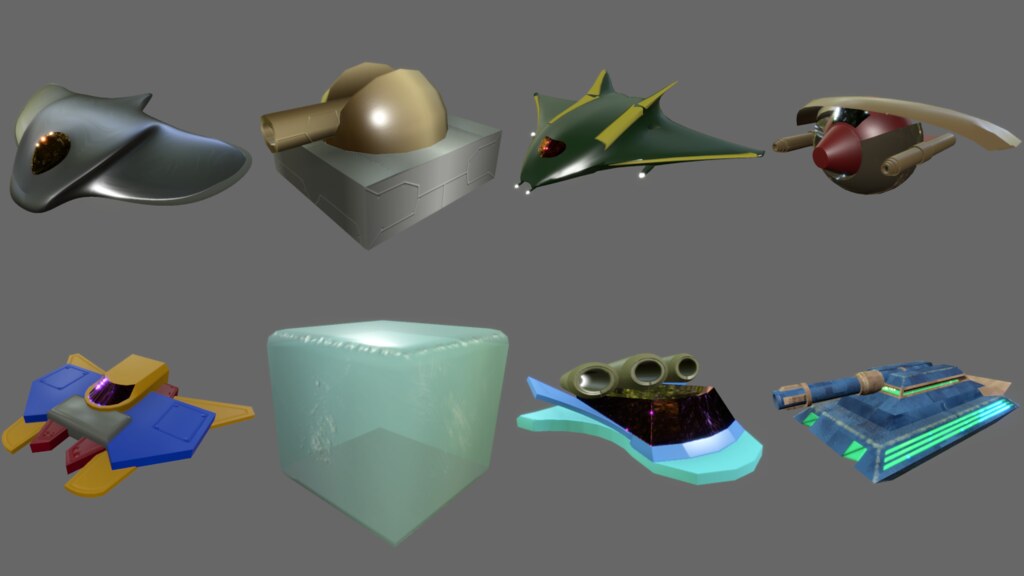 I’ve been working in my very spare time on Horsepower Racing, which known by the title is a Racing game.
I last month successfully switched from jBullet to Minie physics. So I’m very happy to be using @sgold’s contribution. It also makes great use of @pspeed’s Lemur for GUI, and @jayfella’s minimap.
Its very basic right now, because I have not worked on it in a long time now that I’m trying to contribute to the engine. But when I feel like doing it, I get work done on it.
Here are some pics

Have been working on a Block based scene editor for my game. Some of the features are:

And some screenshots of a demo scene I created: 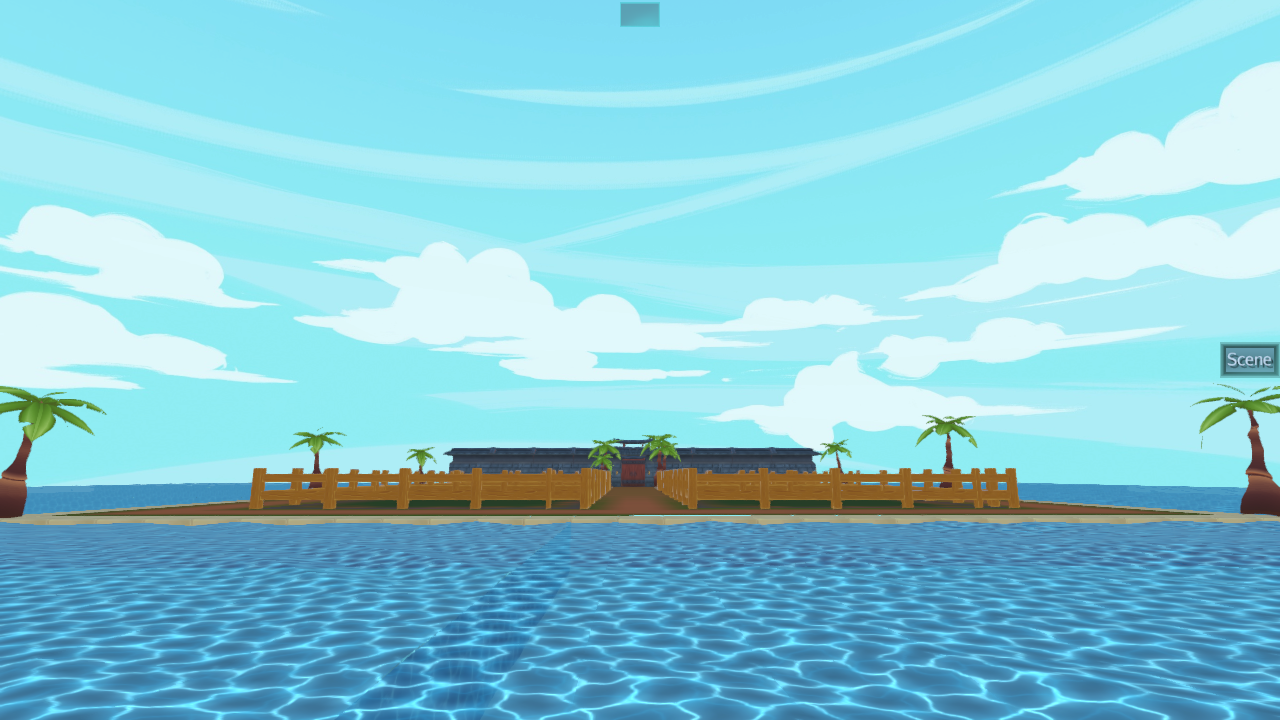 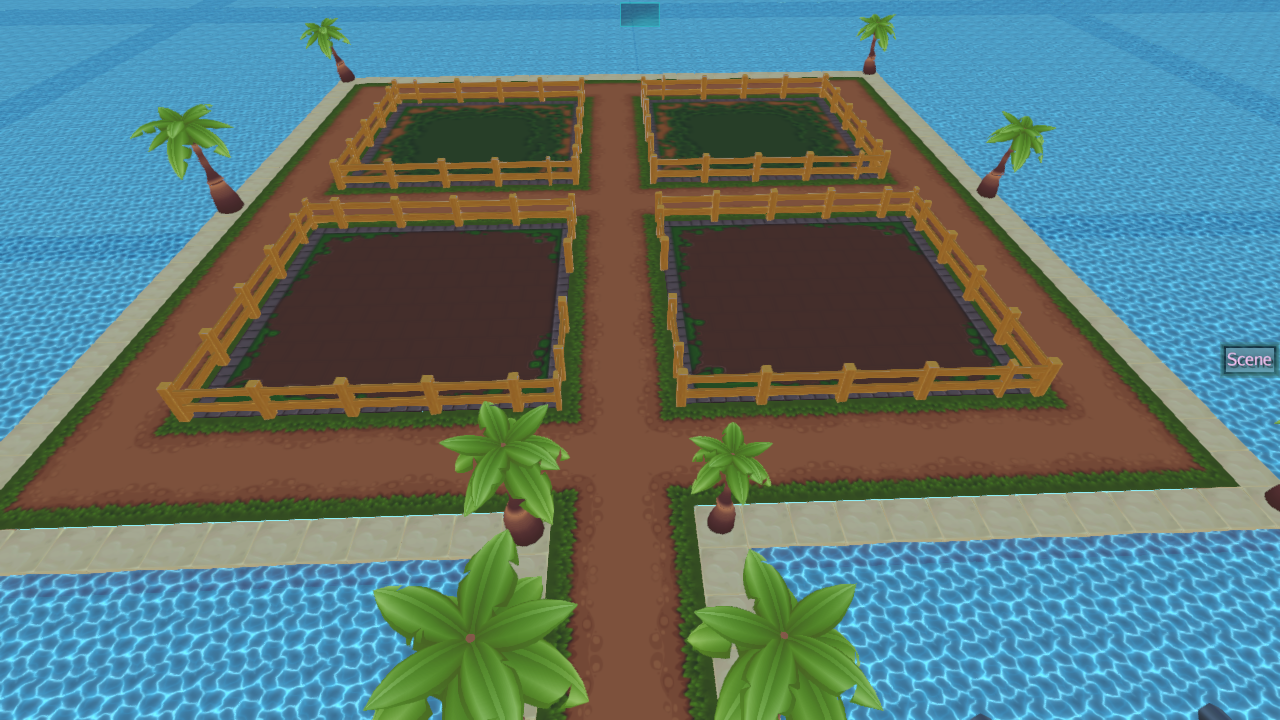 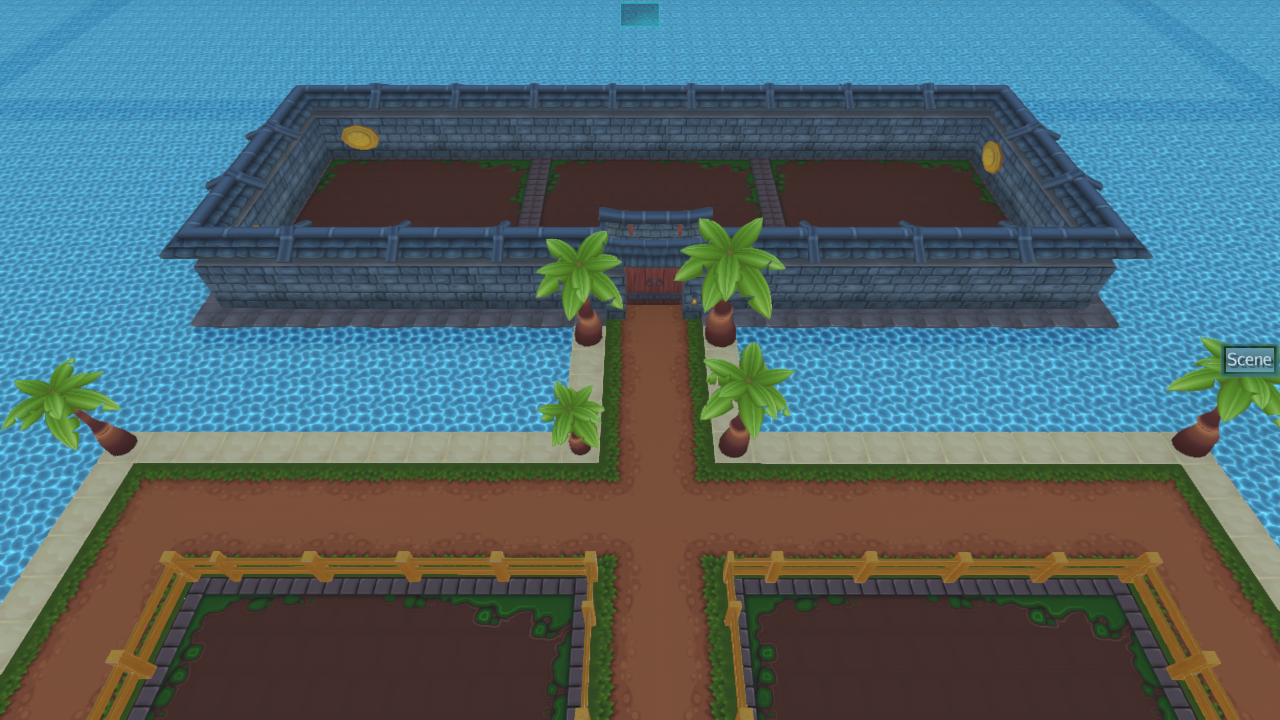 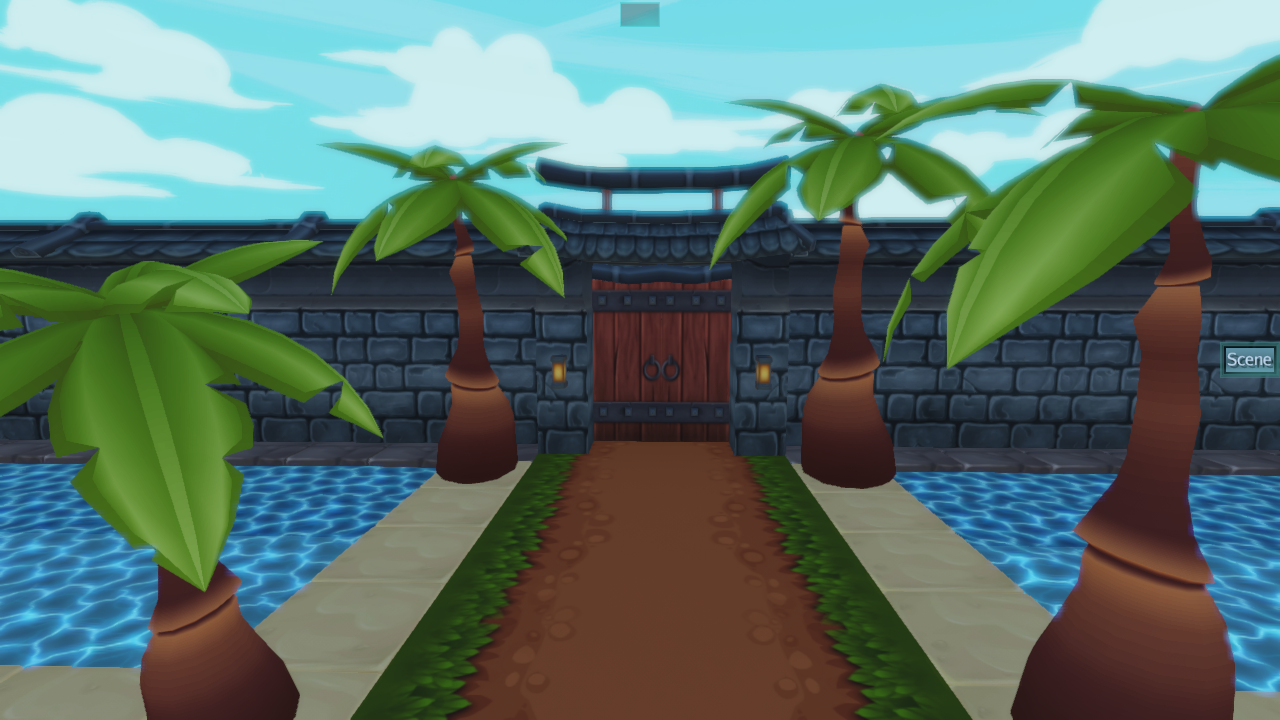 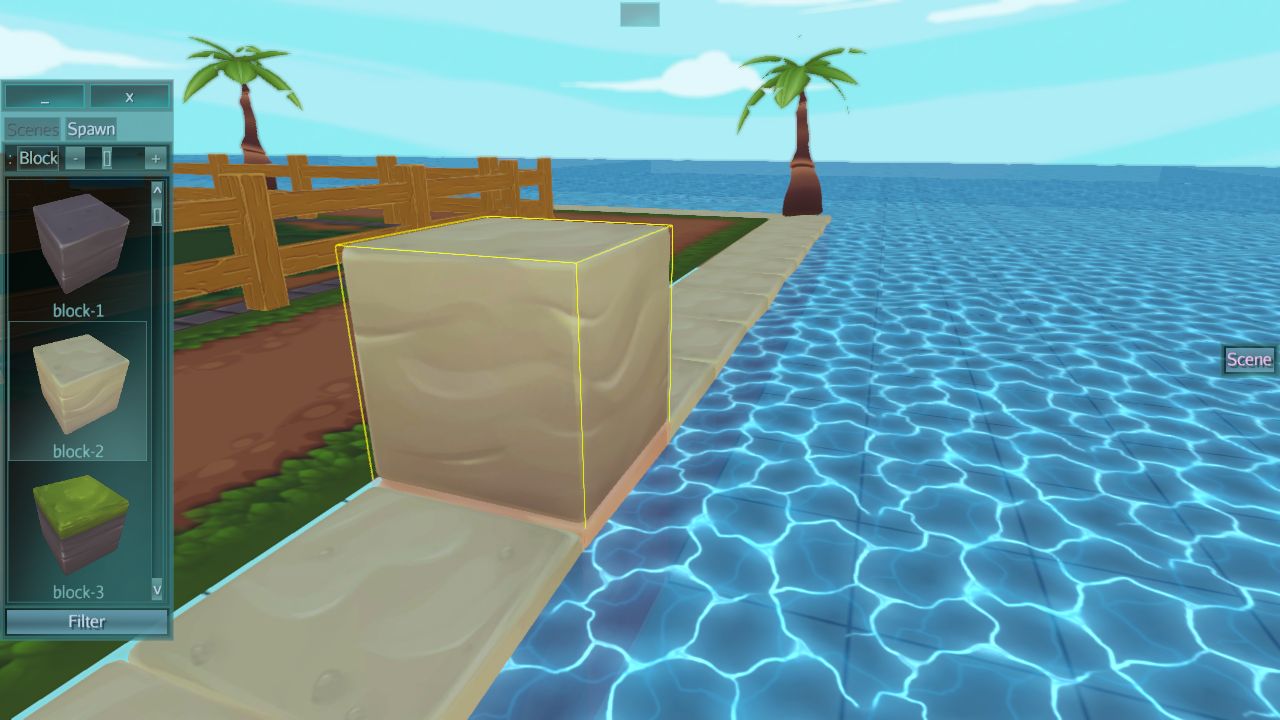 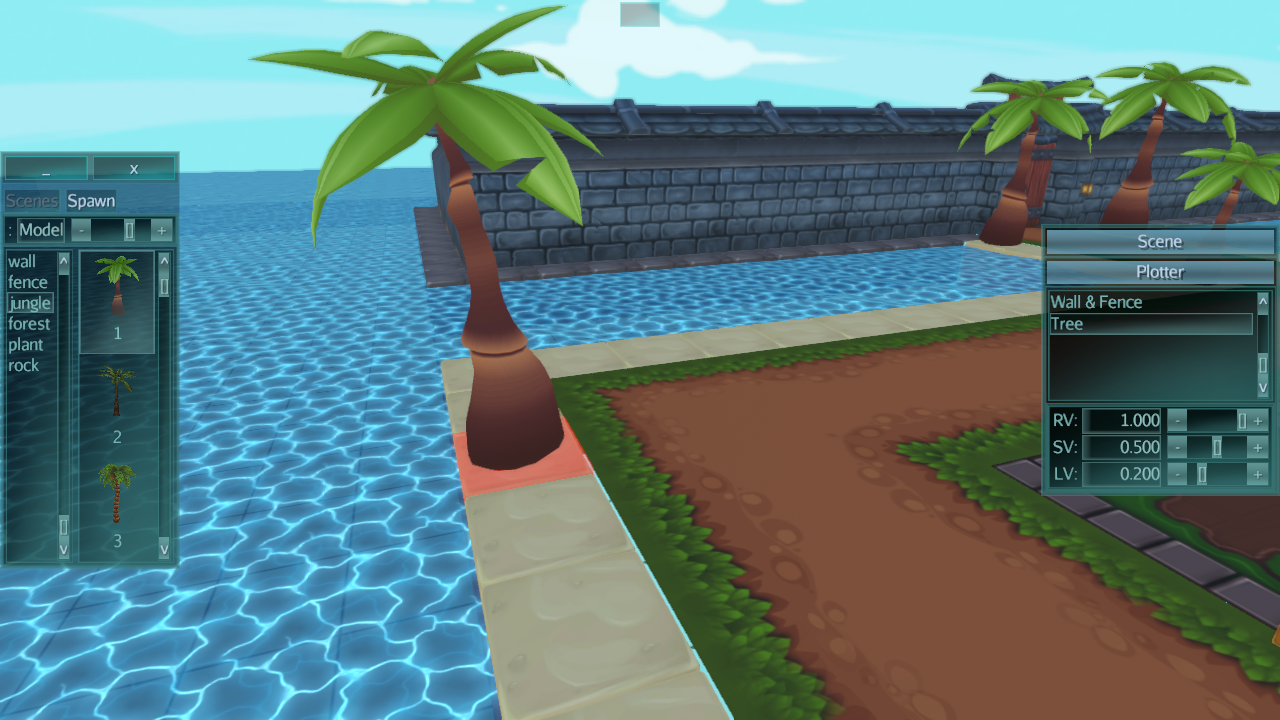 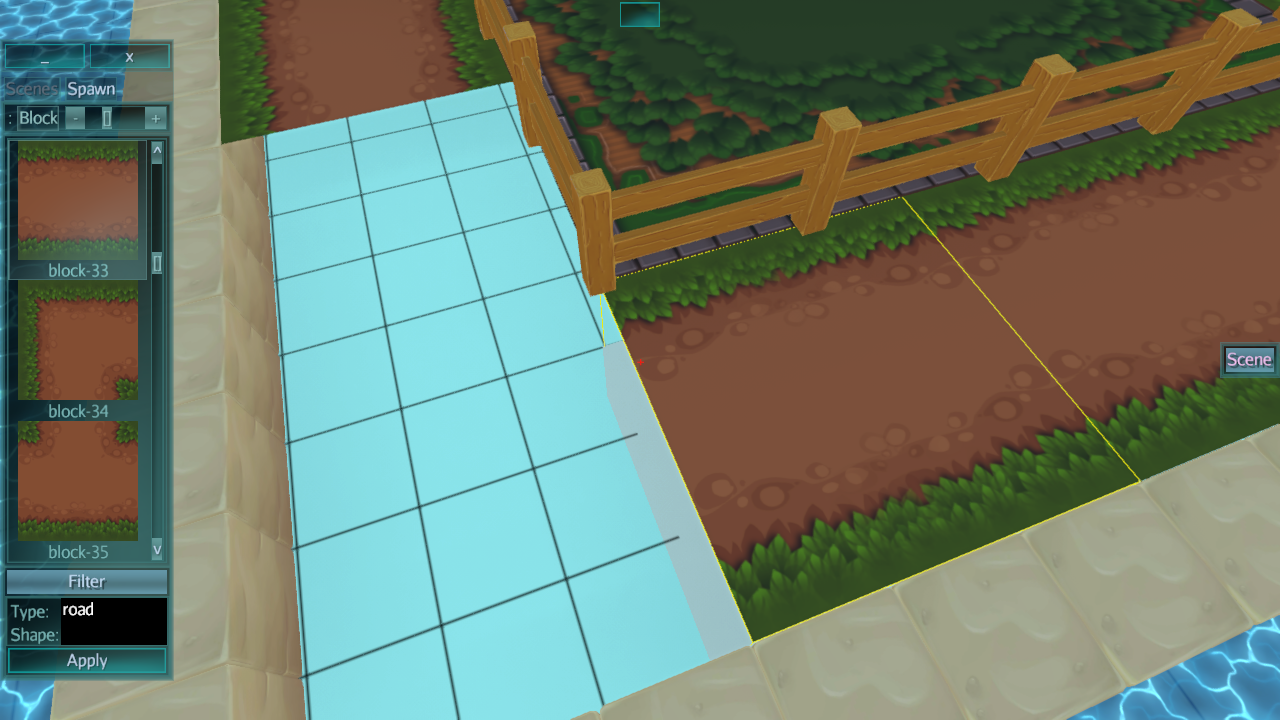 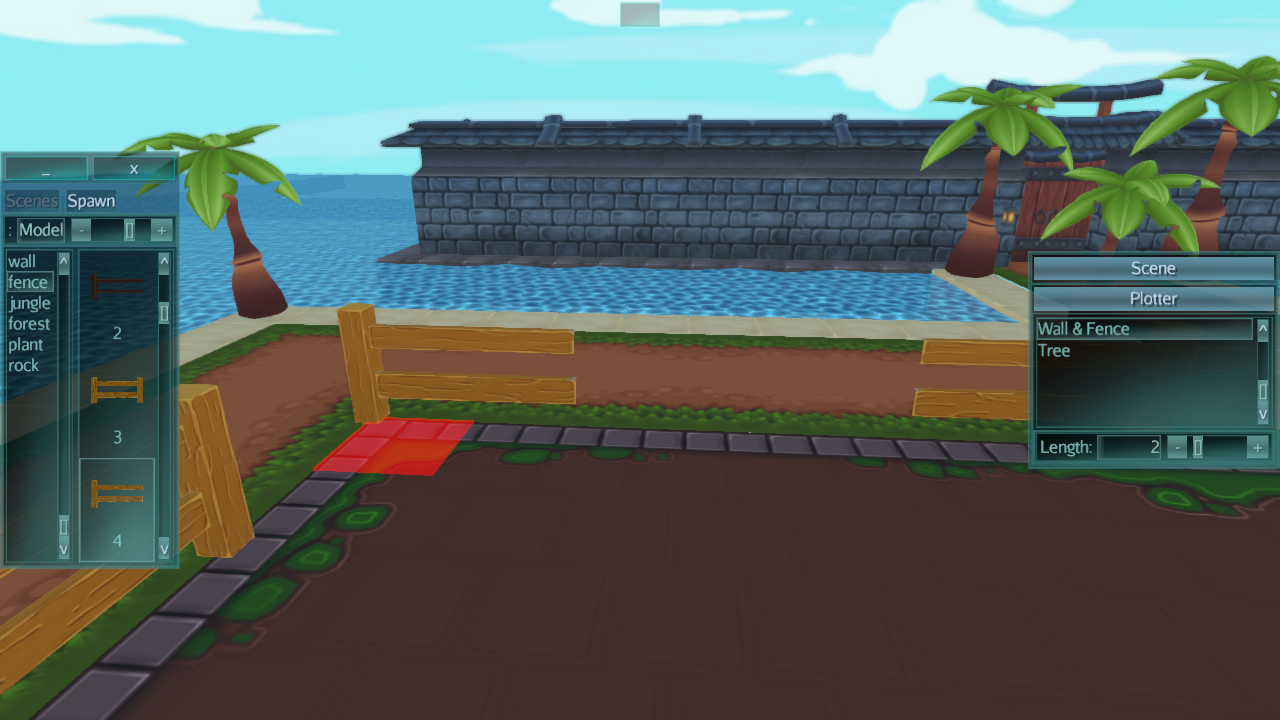 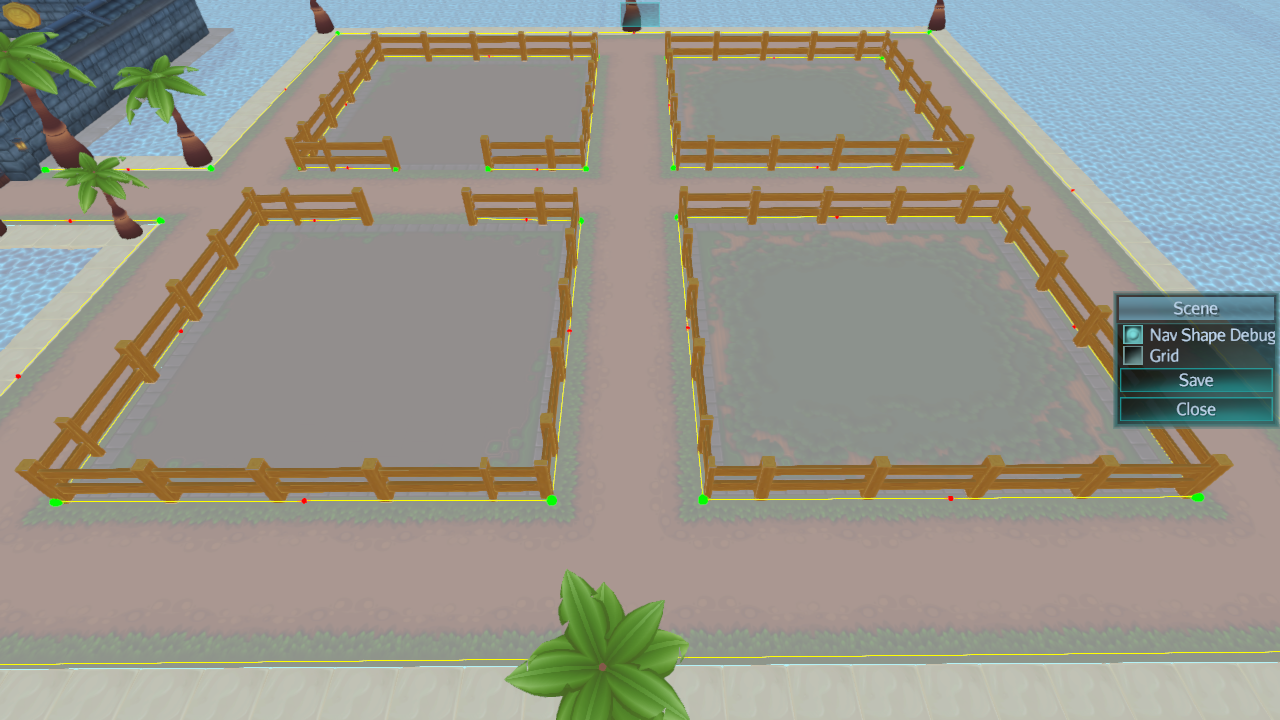 I’m in an interesting place where I have bits of time that I didn’t have before and so I’m trying to corral various Mythruna-related prototyping ideas into a “go or no” list.

…but mostly I’ve been of a mind to “do it” and not talk about it because the latter steals energy from the former.

Anyway, I’ve been trying to finalize all of the issues with low-res far terrain rendering based on some ideas I’ve accumulated over the past few years and never got to try out. So far it’s promising. 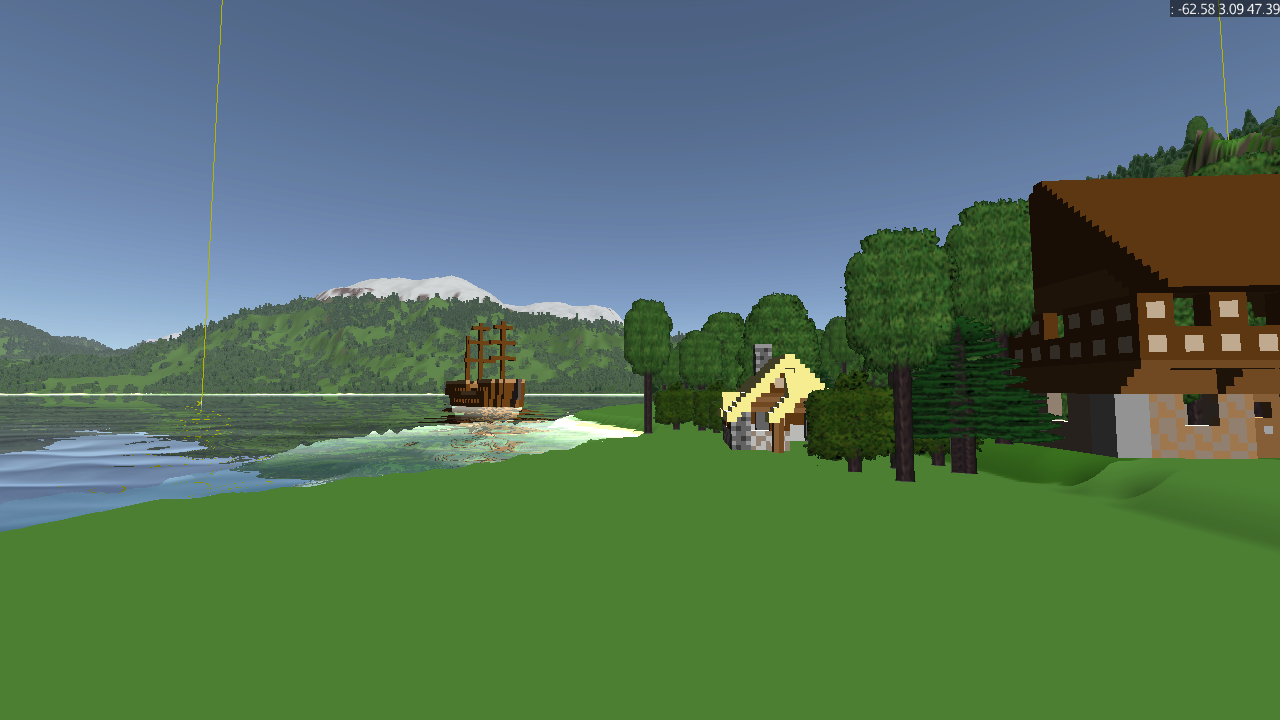 Mock up block models just for scale… trees are just batched billboards using an old atlas I captured of Mythruna trees. The yellow wire frame shows what Mythruna’s max render distance was (192 meters) and its max build height but it’s technically off by a bit there. 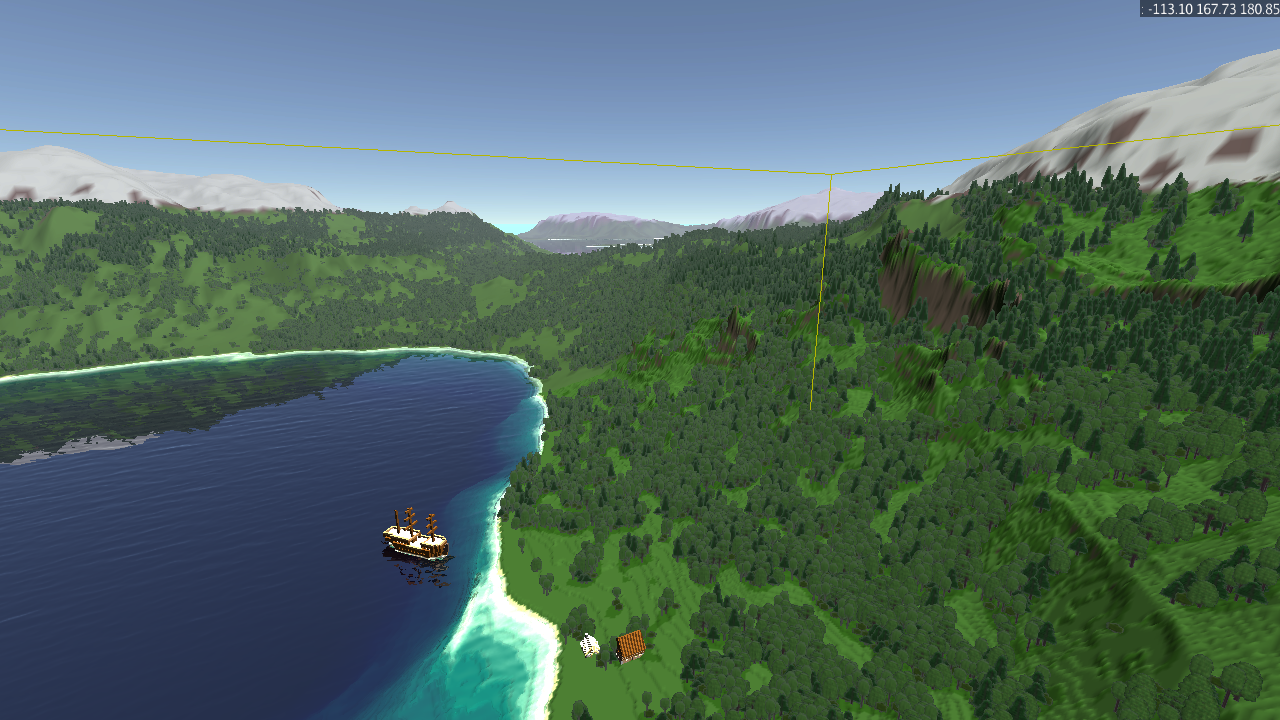 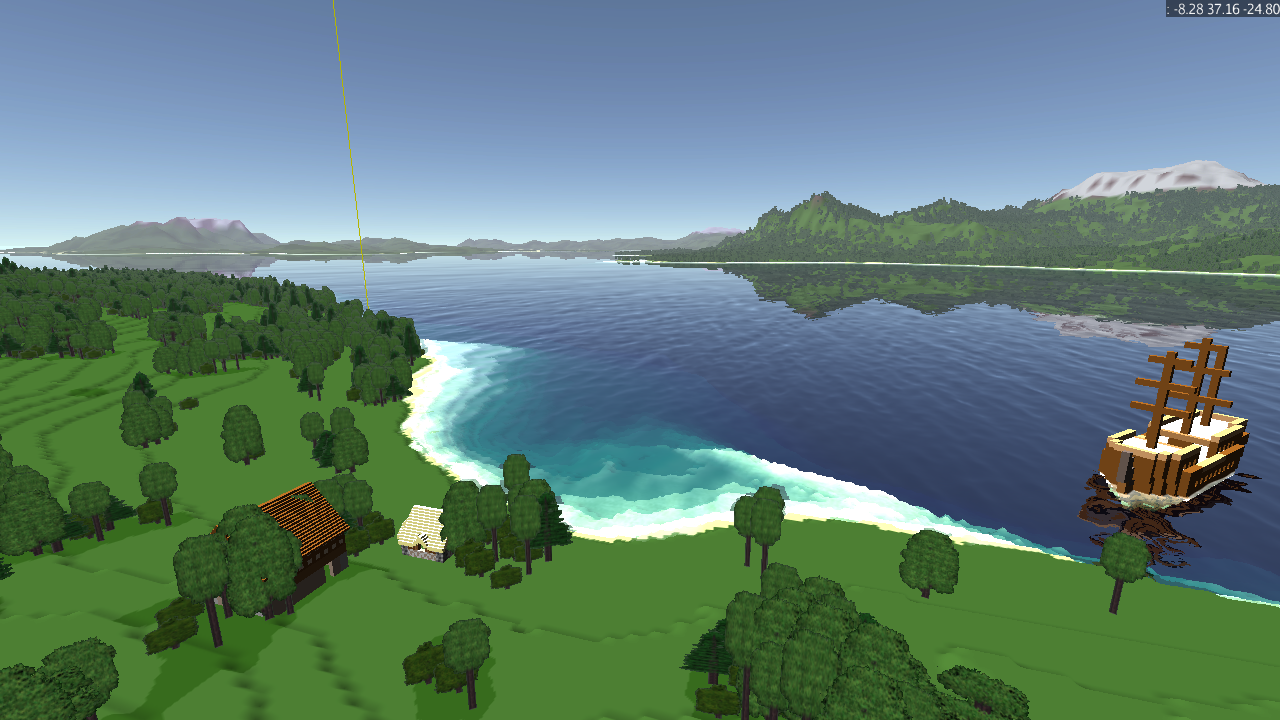 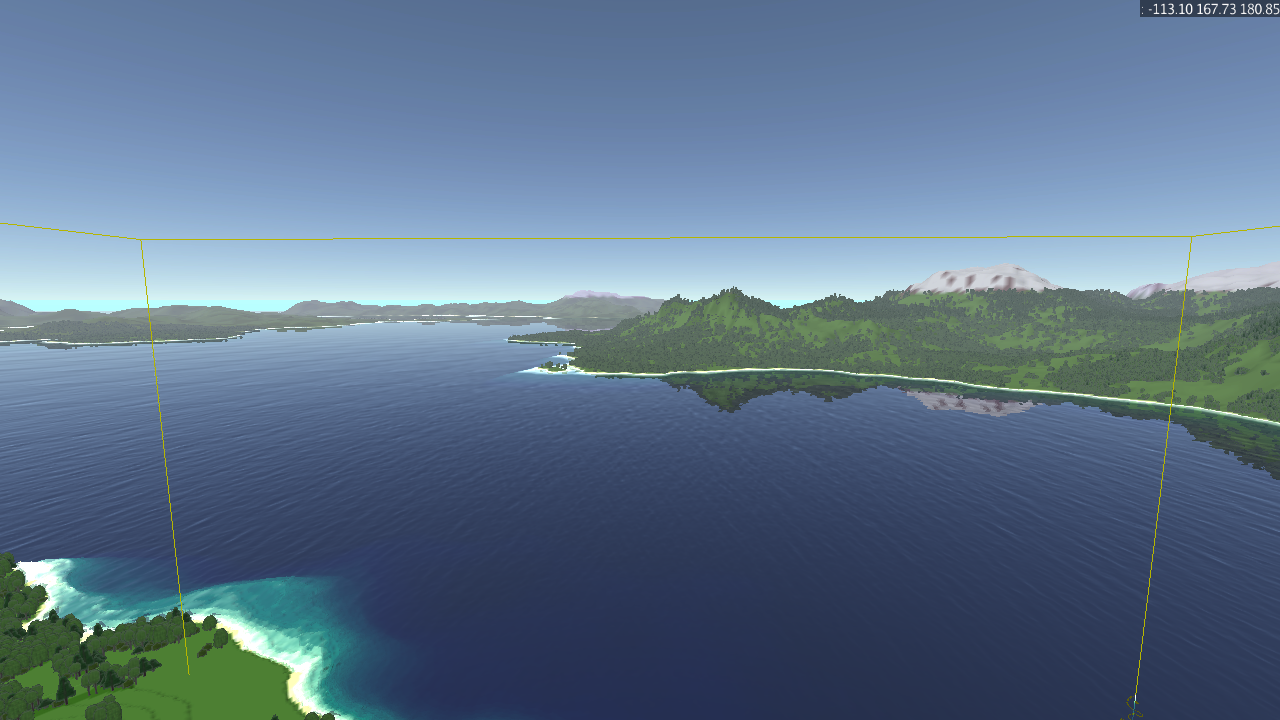 Renders out to about 8 km visibility.

This prototyping is critical because a whole bunch of features have to get cut if I can’t make this work well. Things like the scaled up world features won’t work well with a shorter view distance… Minecraft style. It limits the height of mountains, etc. because it looks stupid to be up so high and only see x tiles in front of you.

The big one is flight, though. Winged flight is really lame (like not even worth it lame) if you can only see 256 meters ahead of you (at 300 meter height that’s dumb) and when you have to fly super slow because terrain doesn’t page in faster enough.

The prototype approach is not cheap and there are parts of it that are a little ugly… but I think all of that can be mitigated. Since it’s based on fans instead of grids, it’s easy to scale up/down quality without creating intersection artifacts with loaded block world tiles.

Honestly, I didn’t expect the quality to be good at all “up close” and I’m pleased that I can walk around on it and it looks pretty fine. Also, the integer stepping of the terrain was a nice accident and will make it blend even nicer with the block world.

The main make or break issues left to solve are ‘write backs’ and rendering of far structures. At least within 1.5 km or so, I’d like to render simplified versions of structures. I have some ideas but the trick will be making it perform in a world where everything, even the terrain, can be changed.

If nothing else this would make a good base for a terrain fractal development application.