For the back end, you might also check out something like Spring Boot. I was originally a Jersey user but I ended up liking Spring Boot much better (day-job work, not for Mythruna). It’s also nice that their tutorials treat gradle as a first class citizen.

While I am adding the last things before release to sell, I want people to try the game so far for free. I am using 3.0 for now, but I plan to move to 3.1 soon

Hey there, detailed feedback from a linux user here

Thanks for the feedback.

For some reason I couldn’t make it run on my Ubuntu laptop and a couple of friends had the same issue even though we have Jre installed. It said it could not open the jar file. I decided to port to JME 3.1 alpha and it runs now, no game breaking bugs as of yet.

I found a weird but minor bug that I also plan to fix as soon as I get home along with your feedback.

Ok, I fixed the antialiasing issue as well as the shadow problem with the tiles at hand. The GUI is fixed as well for low resolutions and the table has been redone. For some reason when the settings are loaded to get the extra data I need for the game the sampling goes to the highest so I had a simple workaround to use the selected AA

Inversion of Y axis will be done as well 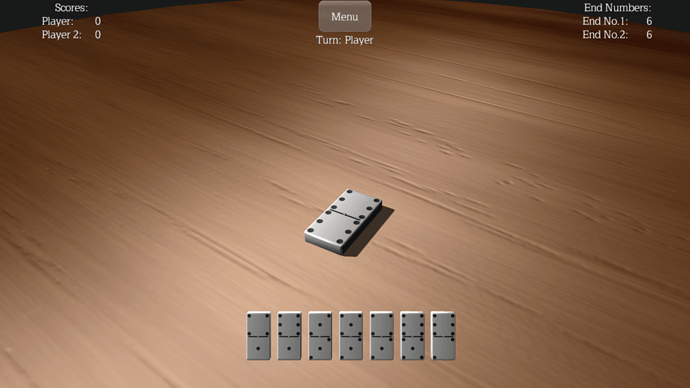 Edit: Huge thanks to @zanval for the German translation 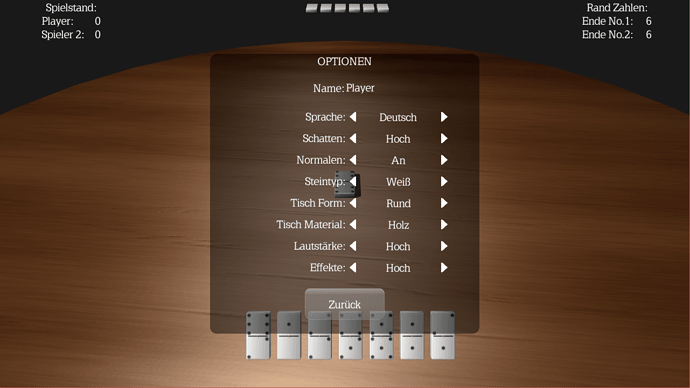 I made a quick test of the linux 64bit version and it worked flawlessly. A few notes:

It took me a while to realize I had to double click, I though there was a picking issue. You could add a sound that gives some feedback (“I know you clicked and I’m ignoring it”)

I was thinking about that, and maybe have in the menu a “How to play” option that explains the gameplay, or a popup that will appear as son as a game starts for the first time (it can be turned off on the menu options) and a sound when you click once on the tile is a good idea.

The Spanish translation is decent

. Although I speak Spanish Nnatively, I am not good in the dominoes terminology in spanish and many pages I visited are not helpful

Lol, for a spanish speaking guy like me sounded like I was not complemented . Although I speak Spanish Nnatively, I am not good in the dominoes terminology in spanish and many pages I visited are not helpful

Haha, frankly I was surprised It was so good as I thought it was an automatic translation. But it’s really good, I couldn’t find anything to improve. Now I regret not saying that before

I don’t know dominoes terminology either, but now that I think of it may be it’s better to use the word “Extremo” instead of “Fin”.

I am porting to Android the game and unfortunately I could not use 3.1 since I cannot even choose an Android target and it does not build. So I went back to 3.0 to develop the android version.

However I found out that I need to fix my Nifty layout because using layers can screw up what I see on screen. So one more work besides the obvious resizing 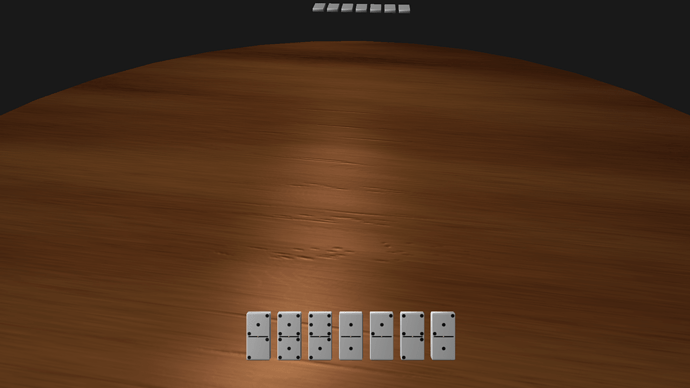 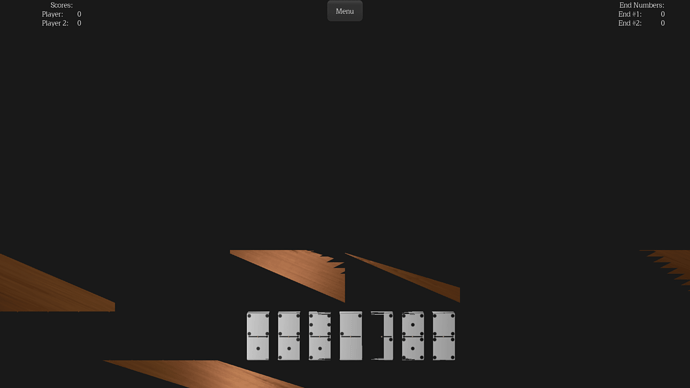 @Woodworf please, try to disable the statView and just add a blank BitmapText into the guiNode. Won’t fix your issue, but will help corner it down. Thank you the Work Around worked for me I’ll be gald to test the final fix. thanks to all of you for your help

Things are getting even better now. Changes made for the Android platform really paid off. 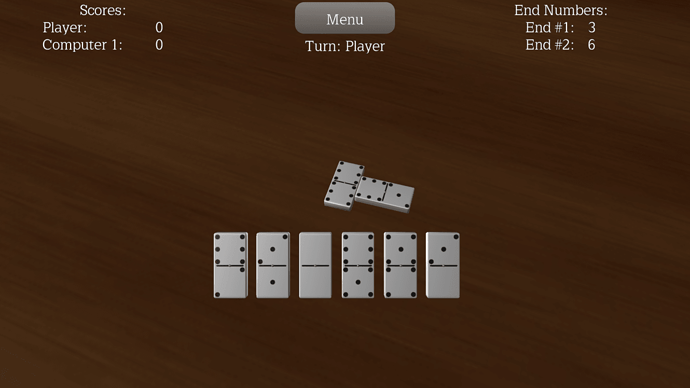 There were a few issues that were resolved or I worked around it:

I am going to test ads soon to release a free version on android.

How does this look? adding an optional decorator on desktop version.

In my opinion, it’s way too ‘strong’ an effect. I immediately thought “Who is the crazy person who installed the fan right under the only light in the room?!?”

Agreed, I had my doubts when I first saw it, I wanted to test how it was and if people would like it. If there are people that like it I will leave it as an option. If not I will remove it entirely.

After all, it was just a random idea

Maybe make the shadow more subtle… lighter or whatever. Might make it less jarring.

any idea how I can do that while keeping the sharp shadows of the tiles? your proposal is very sound

Well, I guess you’d have to do the fan differently than regular shadowing. Like a shader trick where the world position is used to index into a texture (with spin).

Ok I don’t know if anyone’s already said this, but for the love of god limit the framerate to 144 or something. My GPU started screaming at me with coil whine giving 1400+ fps.

Just so you know, lights don’t usually go above fans. I don’t think I’ve ever seen a shadow of a fan in my life.

I played the game. I like it! The music fits well. I think you could do with adding a simple scene (the room) that the player is playing in. Also, you should look into bundling a reduced jre or a smaller jre with the game, because for a small game like this its really annoying to have that huge jre that I have to unpack. I’m on a crappy laptop right now and while the game ran fine, it took about 5 minutes to unpack that zip file. Maybe lower the compression level.