I am releasing the game Ant Maze 3D today, its my first game on Android, and its also an remake of an old 2d game.
The game itself looks 2D because I didnt want to louse the game play, but all the objects in screen are 3D rendered.
Its hard to classify the game, It mainly has strategic and puzzle characteristics, but with an fast , agile and addictive game play.

About the game technology, well, its an simple game, but I am doing some advanced rendering (texture to render) to be able to get good fps, there is some nice algorithms for maze generations, IA searching and grouping for the ants, some optimizations on the meshs etc.

Hope you guys likes the game, its an good game to play in the metro, bus, etc, but also, its an very hard game, there is 50 procedure generated levels, with balanced, but hard difficult.
It has an online record system, allowing players to save their records online, also I did some translations for english, portuguese, french, italian, german and spanish, ( probably there is some errors mainly on german so if you guys knows any of this language and wants to correct me just fell free to say ok ? )

There is 2 versions, the free one with ads and the ful version that costs something like 1 dollar.
I will make some better pics to post in the google play lather and an complete video of the game play.

I dont know why its not linked in the google play, but here is some basic video of the game play : 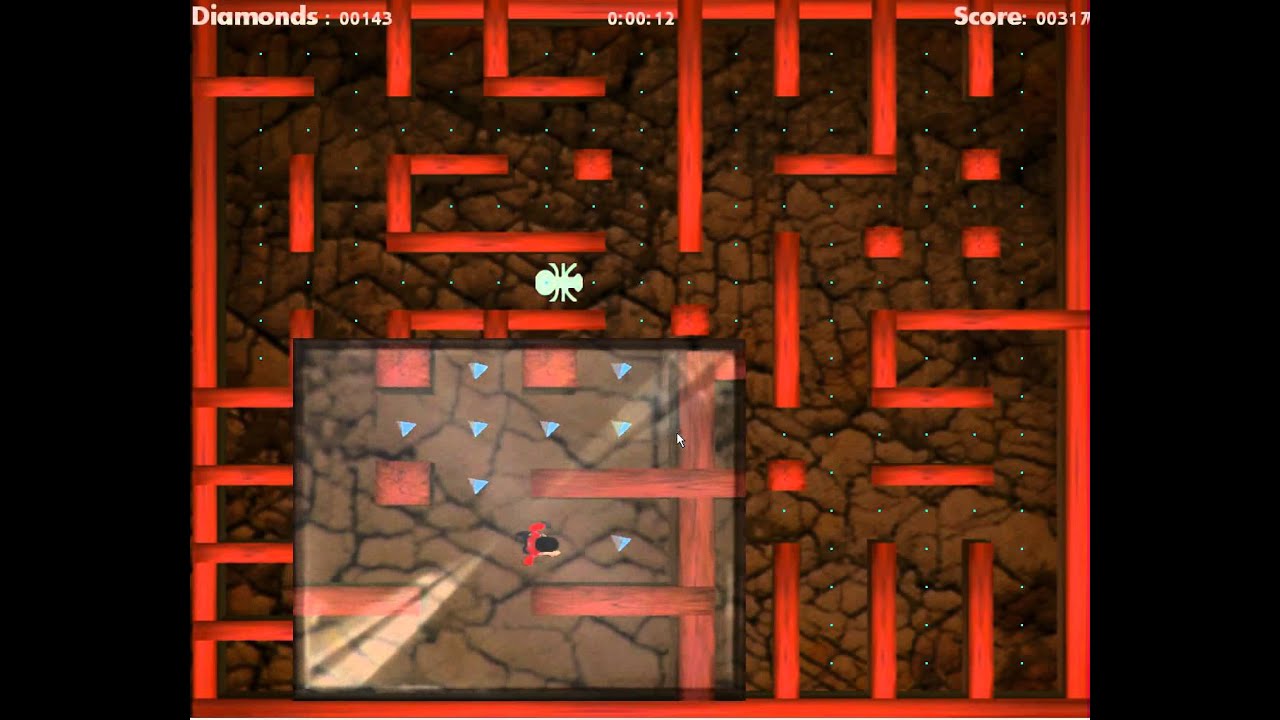 LOL “pacant” - “pacman with ants” would be a cool name to describe your game :chimpanzee_closedlaugh:

Why didnt I thought on this before !

I also like the “blind spot” - makes the user insecure (“where is that damned ant going??”).

All in all, I think it’s a cool game. Maybe I will download and install it on my XPeria when I’m starting to develop games for Android too.

I switched my google account language to English.
Your German description text is … improvable.

I wonder what kind of description text appears when Google Play is running for a language that you don’t support (e.g. Chinese) - will Google translate the English description text via Google Translate into Chinese in that case?

Do you speak German ? Can you translate the text for me ?
I think they use the google translate yes, they ask you if you want to buy “better translations”, so I think even they dont thrust much on their translations :).

English:
Run from the giant ants and try to finish all the 50 procedure generated mazes !
Get better scores and compete with other players online !
Get all the achievements !
Play in the languages: English, Spanish, Portuguese, German, French and Italian !

English (better / different):
Run away from the giant ants and try to finish all 50 mazes !
Get the highscore and compete with others online !
Unlock all achievements !
Play in the languages: English, Spanish, Portuguese, German, French and Italian !

Unfortunately german is already done, so i can’t help with that

Hi Ogli, thanks for your translation, I already publish the changes.
Please tell me if you find anything else on the game itself ok ?
I am Portuguese speaker, also I know a bit of Spanish because its an close language from Portuguese, so if any of you guys needs translation for those just let me know ok ?
I think my french and itallian translation may have some issues, if someone can look at this it will be nice !

I just published some changes in the game as bug fixing, difficult balancing, etc.
The game is very very hard after the level 9, I myself am having hard time to beat level 12, the game has 50 levels.
After level 9, the mazes has more then 1 ant, and the IA of it work together to try to surround you and prevent you to win the game. I even put some random chances of mistake for the ants IA, but its still very hard.
Ha, and yes, if you like the game, please put some nice classification and comments ok !
But, also, please fell free to comment if this game makes you so angry with the ants and wants to kills me :chimpanzee_wink:

Haha … I just remembered what a very experienced game code designer told me once: “We are making the opponents much more stupid than we could, because otherwise players don’t have a chance and lose interest.”

Thats something to think about…
Currently its possible to wait the ants to make mistakes, in the last version there is a high chance of it for all ants.
Here is my complete in-game english / german translation, I am almost sure there is a lot of mistakes on it :
If you find any please let me know ok ?

You may have noticed that there are some Umlauts ( Ä, Ü, Ö, ä, ö, ü ) and some quotes ( " ). You could leave the quotes out, if they make problems. If you leave out the Umlauts it’s considered very poor software by Germans and the text will be much harder to read.

I also noticed that you used the formal and respectful “you” (German “Sie”).
The other text that I posted earlier uses the informal and common “you”.
I think it fits okay as it is, but you could change to “Sie” in the other text too.
It’s mainly a matter of style - you would keep it consistent when using “Sie” always.
In the old days people would have considered not using “Sie” rude, and older people still might.

Here is the version of the description with using “Sie”:

Often, many but stupid enemies might motivate the player more than two or three smart enemies.

P.S.:
On the other hand it is often a typical criticism against many action games that they have lots and lots of stupid enemies.
Maybe let the smart ants appear just every 5 or 10 mazes - that would be “mini boss fights” then.

Thank you very much for your translations ! I already implemented.
I will have to change the fonts to show special characters, so I will do this lather, for now I am replacing the chars using an function.
About difficult, Its hard to get the right spot of difficult level you plan for the game, this is being my case, I had planed an very hard game, to be played when you have nothing to do in the bus or metro or etc, something challenging that can be tried innumerable times when you are waiting, not an game that you can finish in an day, or week, it suppose to be an game for several months to finish.

Hint: Replace ä by ae, Replace ü by ue, Replace ö by oe
That’s how it’s made in German texts when those are not available.

And another advice for all your software: Don’t advertise languages that you don’t really support.
The average German player would have switched to English.
Those German players who are lacking good English would have deleted your app (because they would only have understood about 10 percent of your Lang_DE.properties content).

You are right. I have fixed the fonts, now its showing all the special chars including the german ones