Here my first steps adjust Lemur’s default look to my need. I didn’t it very clean but programmatically, but I like the result. The menu do now have an arcade game look and feel.

Do not wake the dead 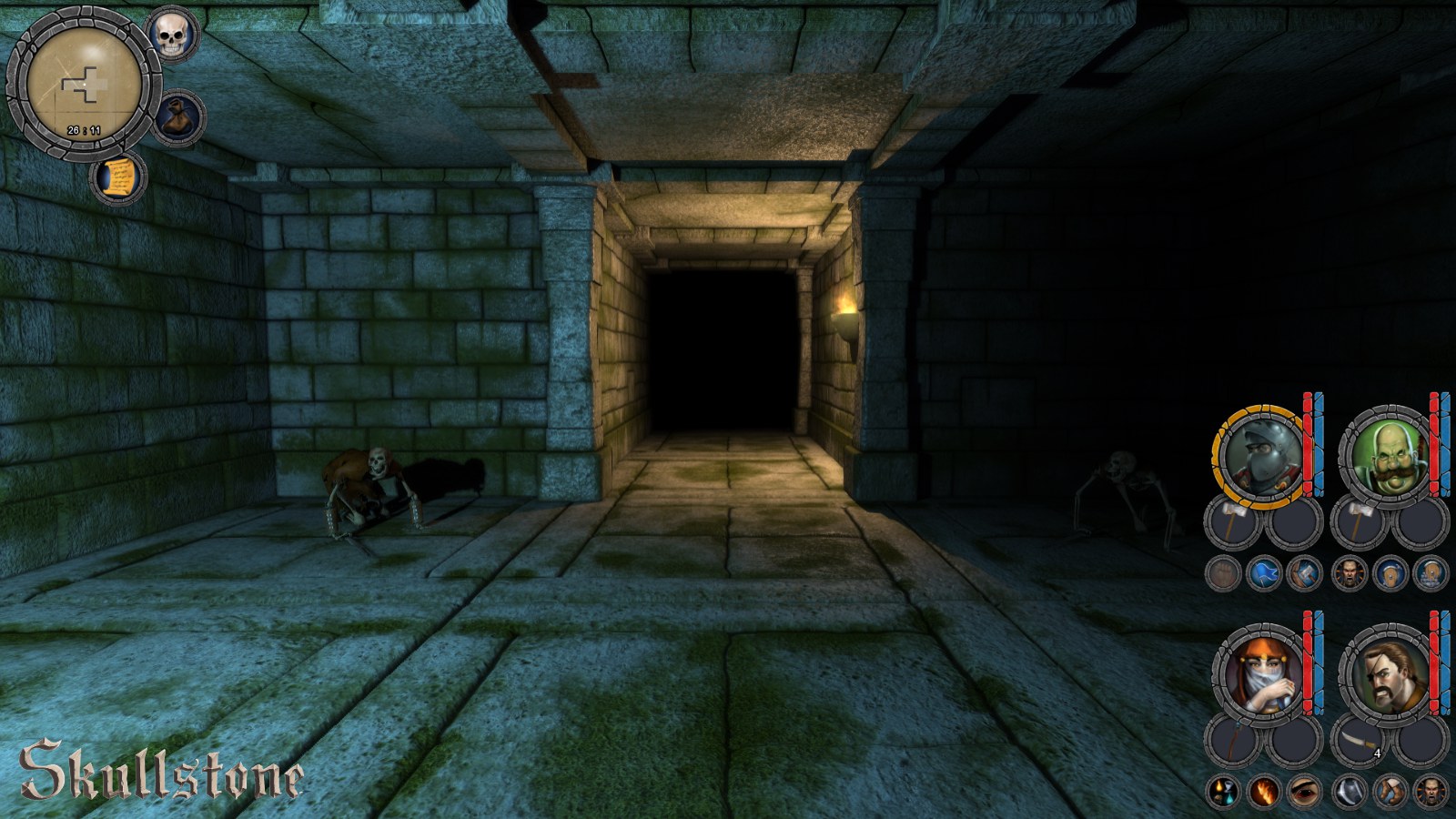 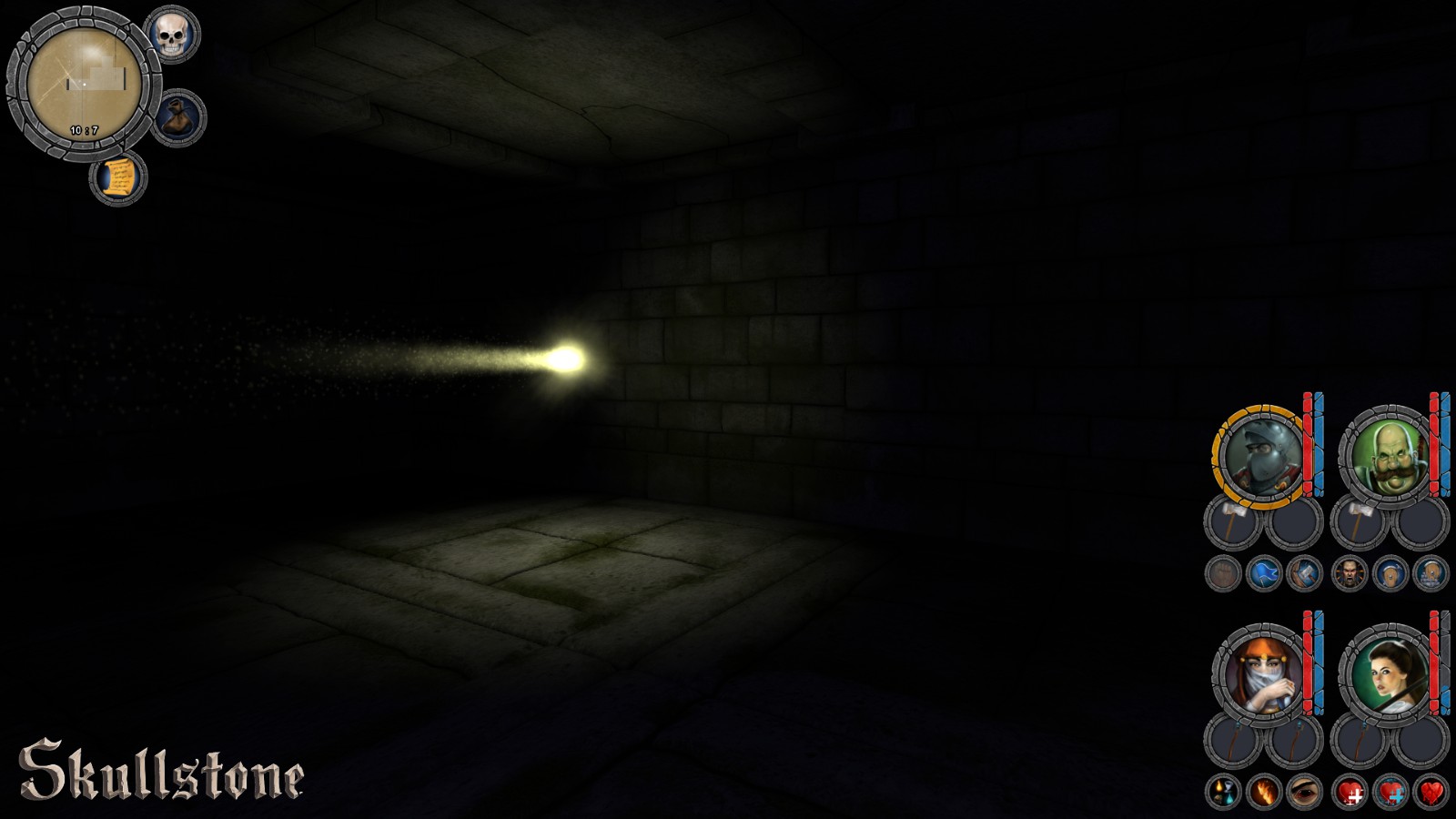 Not really a screenshot, but we won the qualifying round of the Nordic Game Discovery Contest.

And of course, they managed to find and embed the oldest trailer facepalm.

Anyway, so we’re going to Sweden and hopefully not fall out in the first round of semifinals

Sorry to spam this thread with another update of mine, but I managed to make shaking camera upon explosion depending on the distance and force.

Nice, may I ask how you did it?
I need something like that for my game aswell.

@Robbi_Blechdose, actually I did it very simple

I accumulate the explosions and limit it to 2 (need to make this limiting a bit smarter I guess, as for a lot of explosions it will be just 2 for x and z, is on my TODO list) and with the ECS I know exactly how many and when they terminate.

I also did a fade out with the speed of 0.5 per seconds.

EDIT: And I should also consider negative numbers (between -1 and 1 max) hehehe, so still room for improvements. I also know now how I can fix that limiting stuff… (PS: If any of you monkeys wants to test the game, just send me a PM and I’ll send you a STEAM key

)
(PPS: I think your image upload is broken? It gives me an error.)

Wow that is looking a lot more legit than the old versions. I would test for sure. 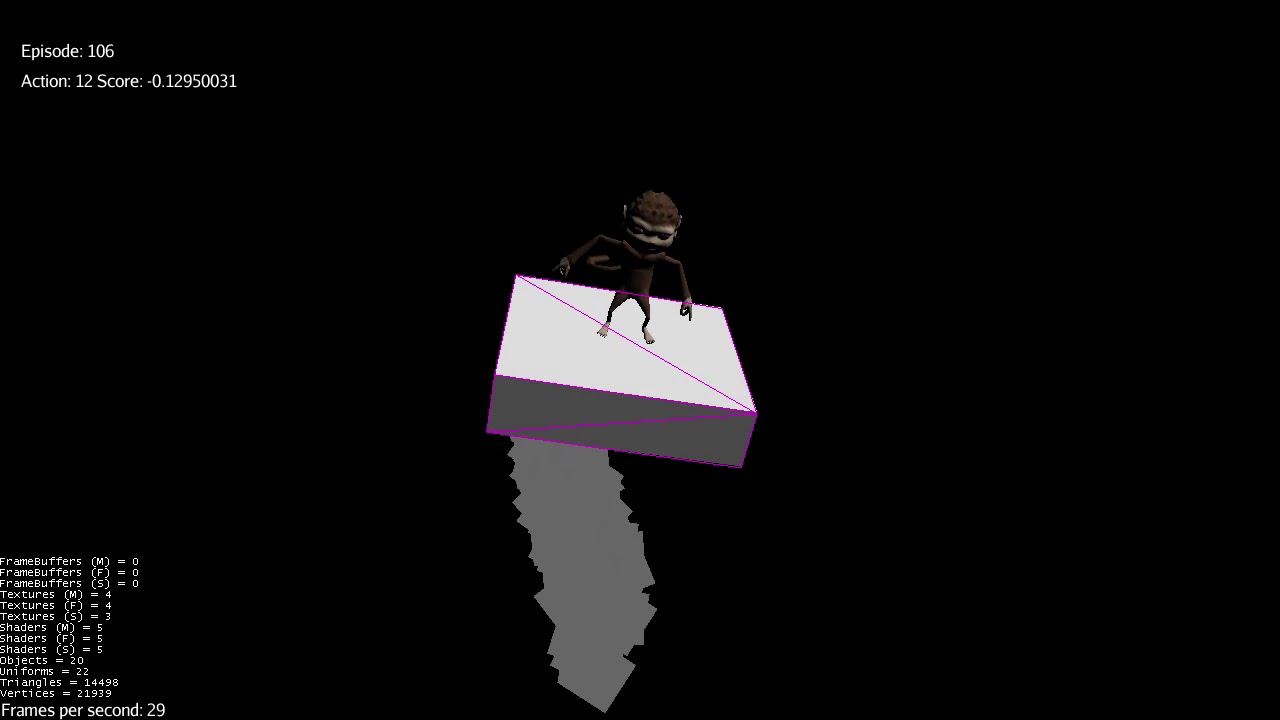 A reinforcement learning experiment. In this video it’s trying to find its balance with an initial tilt. 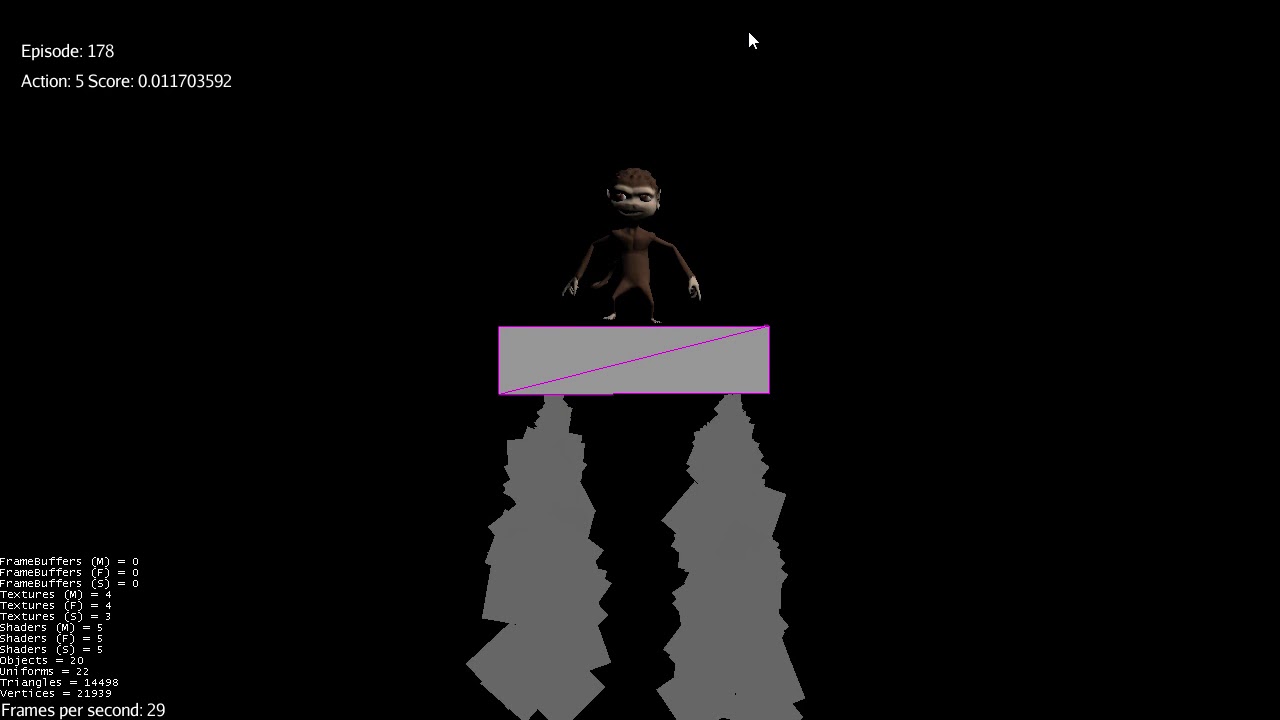 Some time later, it has stabilized fairly well.

The next problem is much harder, finding its balance and moving to 0,0,0 from various locations in space.

It’s basically a classifier, with 16 states. The flipping between action 5 and 15 you see means it’s changing between two diagonal rockets (action 5) and all four rockets (action 15), going down and up respectively.
That it’s using action 5 and not 0 (no rockets) going down is not efficient, but understandable since it wants to minimize deltaV. Adding a penalty to using rockets might make it save fuel.

This all comes from me hanging in the OpenAI Gym. After solving the CartPole problems I wanted to do the lunar lander one, but Box2D wouldn’t install, so I made my own simulator.

I’ve been working on “juicyness” lately in spoxel. I’ve since changes the animation for this, but I had to add a new system in order to handle adhoc arm movements that aren’t attacks.

I also added armor stands into the game which was a bit of a challenge. I have it setup so you can actually customize the weapon placement on the armor stand.

I’m slowly starting to work on content for the jungle biome and this is a new entity type for that biome. He drops a facemask which can be placed in the world. He also has a special attack which can skewer you and pin you to the wall. Sorry the gif is lower quality, but you’ll get the ideas.

Edit: Do you know when you will release your game?

Somewhat? At this point Spoxel has more content than most early access games, but with how the market is right now I feel like I need to spend significantly more time marketing the game. From what I’ve seen you need to be selling like 150 - 200 copies an hour to just not get buried on release. With how much time I’ve spent building spoxel and how large the game is would be pretty disappointing to get buried on release. My goal right now is early to mid next year but that depends on how the marketing goes and if some of the stuff I have planed works. 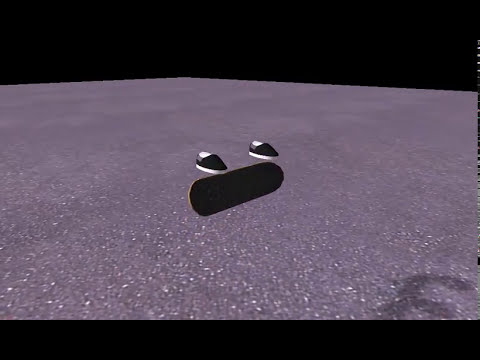 Yeah, also my advice would be to skip EA completely if you can and rather just build up hype in the time being.

From what I’ve learnt from the guy who made Heat Signature, it’s imperative that people know about your game BEFORE you launch, otherwise you’re pretty much dead in the water from the get go.

See, people are unlikely to click on a title under new releases if they haven’t seen it before somewhere - and those clicks are the most important to get you to popular new releases. After you get there, you’re pretty much set.

Yeah me too!
THPS and another less well-known skate game called Thrasher Skate And Destroy where huge inspirations for this project!
Not just did these games motivate me to actually start skateboarding in real-life (to this day) but also the countless hours I spent in the built-in Park Editor of THPS2 got me more interested in 3D game development.

Yeah can remember those days where we spend endless hours on a self build miniramp near my school, but yeah nearly 26 years ago, time goes pretty fast…

Looking forward for your game, hope it brings old time back for an hour or two.

Yes, I definitly have such memories too, good old times

Looking forward for your game, hope it brings old time back for an hour or two.

Thanks, that’s exactly what I’m trying to achieve with this!

The art style will also be old school with poly counts somewhere between N64 / PS1 and GameCube mixed with some modern tech like prodecural animations. I hope this approach also helps with getting a playable version out sooner, since I’m also doing the artwork myself 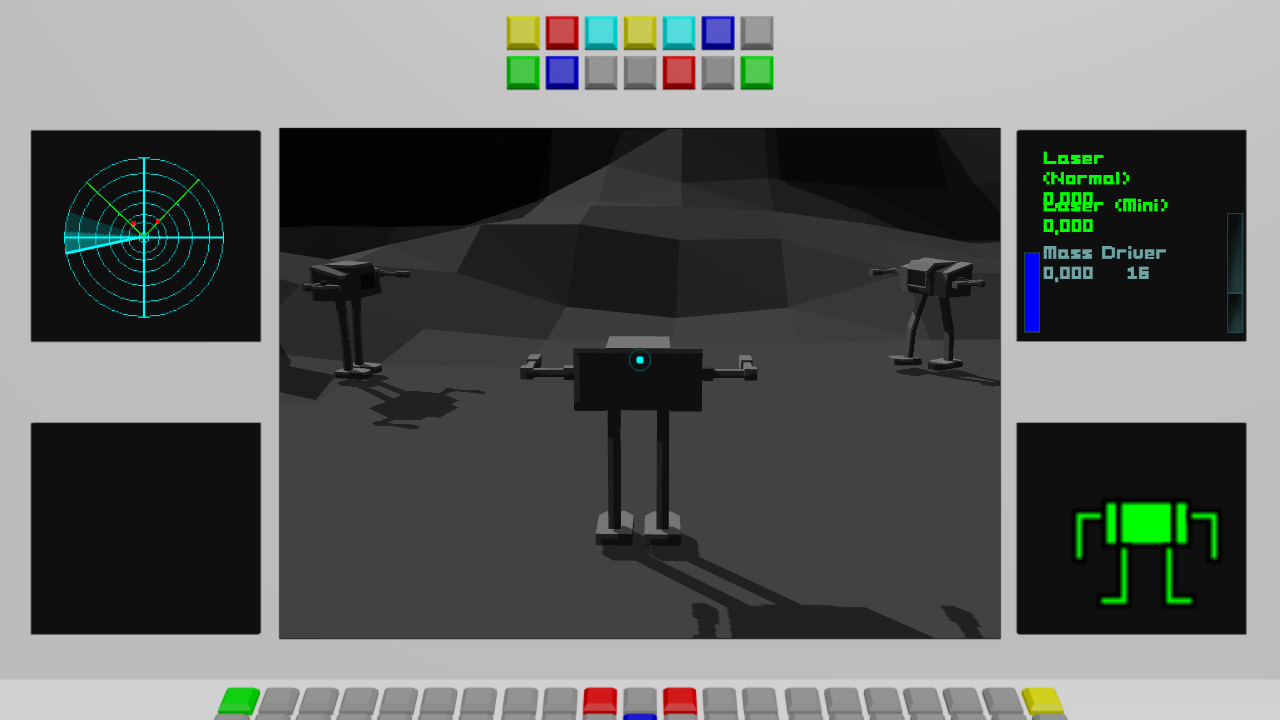 Multiplayer is in the works!
Bot and weapon sync is in, damage and effect sync are still missing.