Whoever is doing this sort of thing: 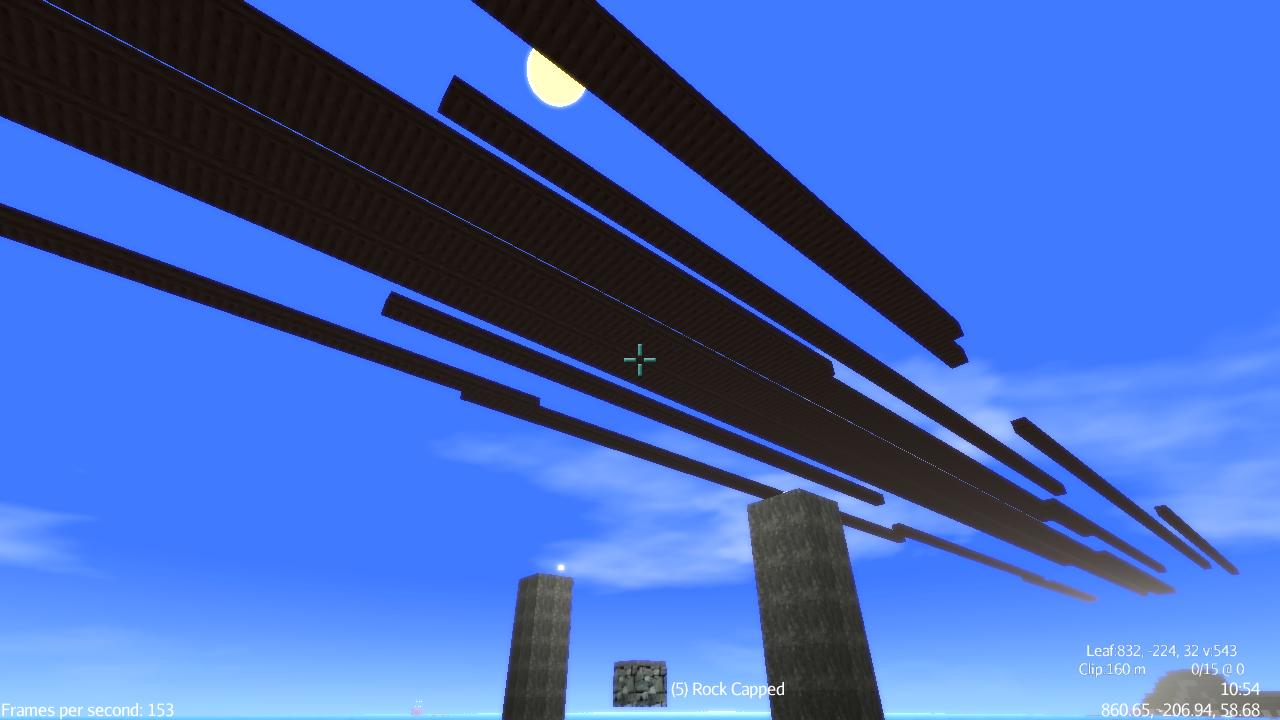 please test your generators on your own server. It’s becoming a full time job cleaning stuff like this up.
cyuczieekc May 3, 2011, 1:04am #2

but, how can they do that with generators? I mean, I remember there is no Mythruna source code? I mean, not released… can they do it without it?(actually nvm, I do remember some program that can decompile .class files)

or maybe like via replaying macros of mouse/keys with some programs?

you could make your own code that you can trigger to clean those, like if triggered then clean all blocks on this line going that way until you reach air

just sayin’ - there’s no point in doing it manually (well, there’s no fun if there are no limitations - so I’d get that reason)

I’d rather continue working on the game and have everyone play nice.

Paul you should log stuff like that. It wouldn`t be that hard to track the griefer down and kick him in the teeth.

The question is, how is this possible? Is the client still authoritative on the position?

All of this would be solved with a valve-like synchronization system that just sends buffered input. This would be the proper solution really …

When the game becomes bigger and more popular no doubt you will have more and more people trying things like this, the only way of preventing it is proper server countermeasures.

I’m appealing to the good nature of people in hopes that I can put some of that off.

Position doesn’t really matter… ultimately the server has the final say-so on who can add what brick and when. In fact, this is already true it’s just that the server doesn’t have any rules to care. But the final solution involves inventory, resource counting, the equipment you carry, etc… all of the features minecraft has and then some. But I’m trying to concentrate on the features that minecraft doesn’t have. All of that will come.

P.S.: I do send buffered input. The server just doesn’t pay any attention to it yet.

madjack said:
Paul you should log stuff like that. It wouldn`t be that hard to track the griefer down and kick him in the teeth.

I’m sorry but there’s nothing that can be done actively on the server to stop that kind of behavior because you can never be certain if someone is playing nice or not.

What if I wanted to build a “sky bridge”? The server/game would punish me? Can’t have that. The problem is knowing the intention. And that is practically impossible to know with an open server.

I could even push it even farther. What if I had a grand design in store? Something very good looking, but the way I plan to build it is dubious? The end result could be fantastic to behold, but while the construction is ongoing, it might look like crap and ugly as sin. This just reinforce what I said above.

What if it’s a “free-for-all” server? Look at it the way you want, there’s always someone who will use your game/software in a way you haven’t thought of.

Anyway. That’s the way I would deal with it.

Yeah. In a later version of the game this stuff will be more difficult simply by the fact that in the “real game” (ie: not pure build mode) you’d actually have to collect the resources you used to build something… and it would take specific amounts of time to do each action. Bots and scripts are still possible, but they require more planning and run slower.

I think it’s highly likely that this case was an accident. And someday, when it takes a bot a few hours to harvest all of the materials, I suspect the scripter will be more careful where he places those resources.

Paul, have you completely dismissed the idea that it might be some weird bug? I have to admit that it’s extremely unlikely, but is it impossible?

Yeah, pretty much completely. For it to span such a large distance it couldn’t have been anything normally user-interactive.

In theory it’s possible that one of a few things could have happened:

Gah. I feel your pain.

At first I thought it might have been that, although I will reiterate that it’s extremely unlikely, as a player dug, those blocks somehow, got relocated instead of deleted. But knowing now that they are wood paneling… Uh yeah. Unless there was a switch from one block type to another… Uh yeah again.

I think the good thing right now is that you can work on some counter-measures so admins can undo that kind of crap. It know it would be hard as hell, but maybe a user-based undo feature could be done. But things could easily cascade into other people’s work and that would be a biatch.

I’ll leave that in your more than capable hands and mind my own business.

The other thing was how indiscriminate it was. It crossed open air (ie: completely empty tiles that wouldn’t have had any data in them) and penetrated some number of meters into my castle walls, replacing those blocks as it went.

I do nightly backups and plan to do more with respect to server tools and potentially versioning of tiles, etc. if an admin desires that. I think one aspect where I gain over other similar games that shall remain nameless (:)) is that I actually run my own public server right next to me and keep an eye on it out of the corner of my eye while I’m working. I find all kinds of stuff this way and enhance the server console accordingly to make my job easier.

…but I do have some experience running custom enterprise-level servers, too. The kind you have to debug in-place and the server console is your only life line.

Strange stuff… well griefing was kind of harmless till now. some holes in walls or stuff like that. fixed in a second.

I don’t think this was griefing in this case. Just some overzealous tinkering. The result is the same but I’m not going to attribute to malice just yet.