I also have a GLB scene file. I convert it into a j3o format file through code. The converted j3o file can be loaded and displayed normally through assetmanager.loadmodel (“scene / hdmap”) But scenecomposer in jmonkeyengine SDK 3.0 can’t open and edit it. Does anyone know how this happened?

firstly, SDK 3.0 is very old. You should upgrade to the latest 3.4 release.

Second, if the problem persists with the newer version. Please create issue to Issues · jMonkeyEngine/sdk · GitHub in more detail. Attach all possible screenshots and errors (stack traces!). Steps to reproduce as clearly as you can.

Hi @tonihele ,
I downloaded the new version of the SDK 3.4 and I also confirm the same problem. I have deleted the jmonkeyplatform directories as suggested in the release notes. There are no errors or message dialogs. Simply double clicking on the .j3o file does nothing. 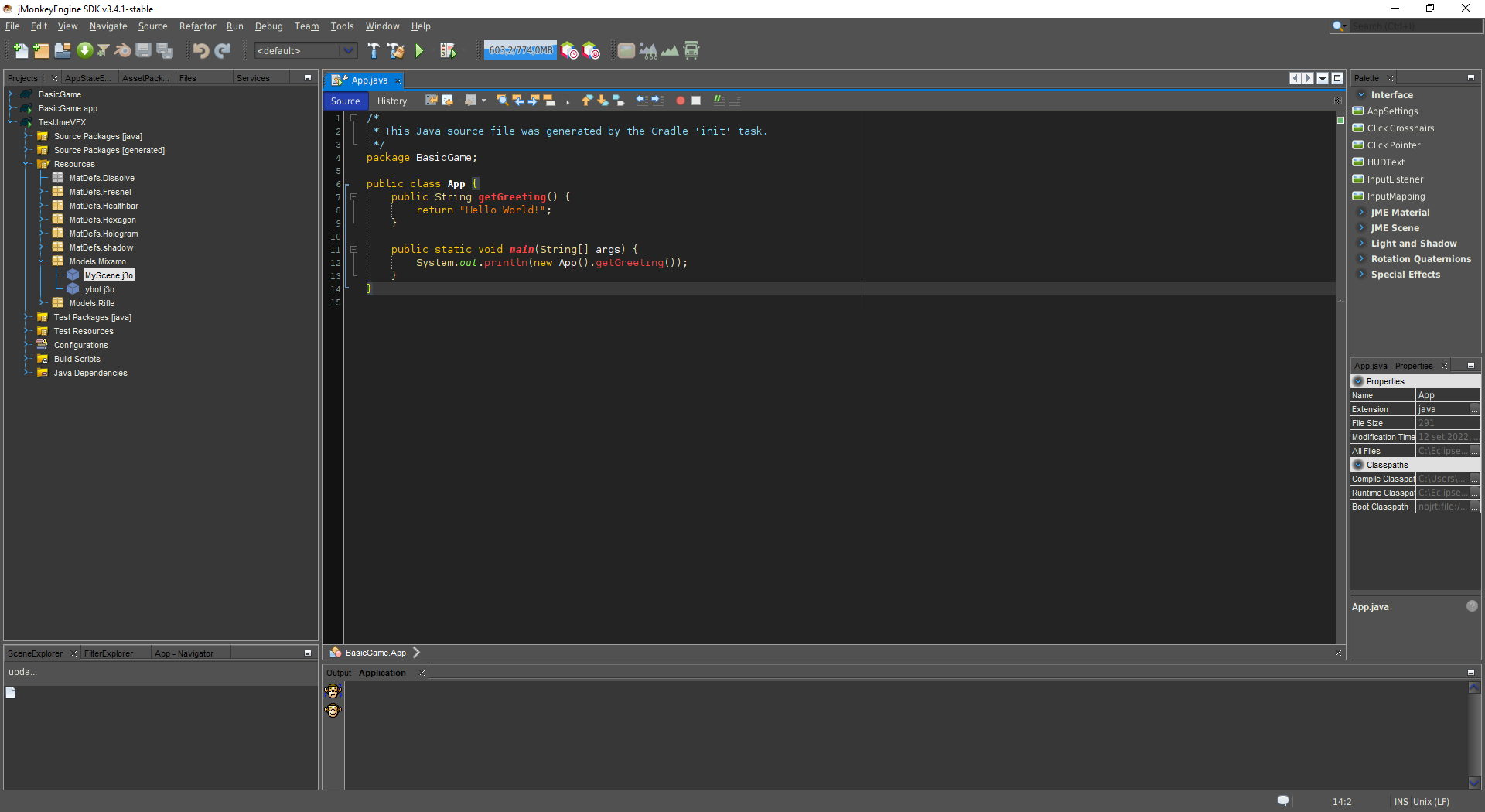 I also tried to create a new .j3o file with the ‘Empty jME3 scene …’ menu. Same problem, the file does not open.

Alright, so it is a Gradle project. I think it is this bug then: File is not part of a jME project but tries to find original model · Issue #379 · jMonkeyEngine/sdk · GitHub

It’ll be fixed on the next SDK release. Hopefully.

Meanwhile… A workaround could be to use the Ant project template to fiddle around with the Scene editor. Very clumsy but could work…? 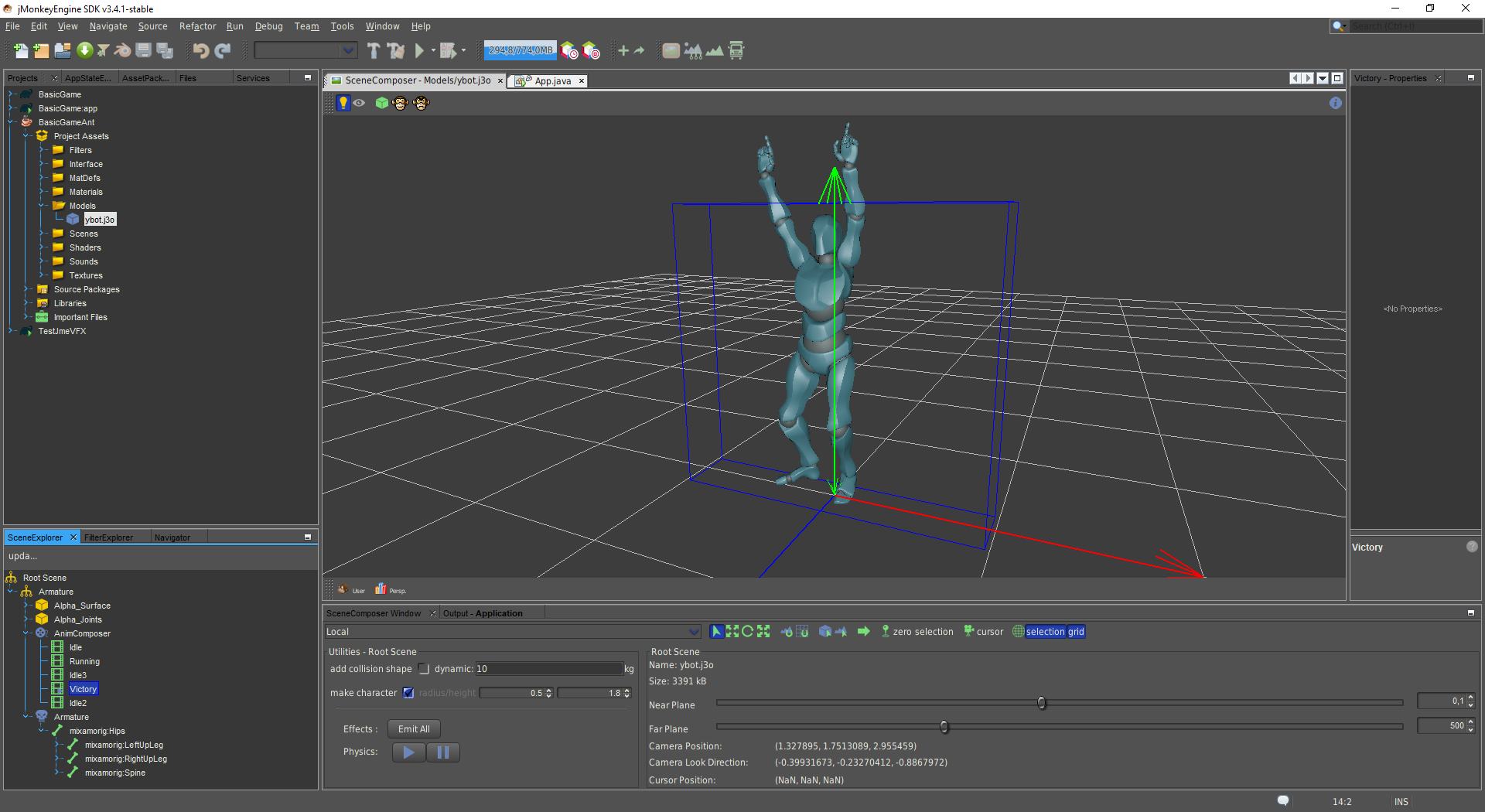 However even with the new version of the SDK, it happens that the editor suddenly closes after a few minutes every time I open j3o files with the editor. What is it caused by?

Here a fragment of the hs_err_pidxxxx.log file

We are aiming 3.5 SDK release near end of October. That should be set in stone in a way. Whatever is ready at that time will be included, and what is not ready… will… not… be included

It is that simple. And this fix is already in.

For the crash… Damn… LWJGL seems to crash. I don’t have a clue

ig9icd64.dll is the Intel Integrated Graphics driver. EXCEPTION_ACCESS_VIOLATION means the process tried to access a memory address belonging to another process and was blocked by the O/S.

You could try checking / updating your graphics drivers / trying a newer JDK11 / JDK11 from a different vendor (I like Corretto myself… I’ve had similar issues with AdoptJDK11 on Linux not playing nice with OpenGL applications… ).

But I suspect the problem may be LWJGL2, which the SDK is still using. On Linux, I can’t get a Scene editor to open at all on modern Linux distros/kernals, and I have a similar problem with Windows where the SDK bombs out every so often.

…driver issue. Intel drivers are known for constant issues and finding the driver version that works is a popular game.