Showing off my 'round' blocks

This took WAY longer than I expected. 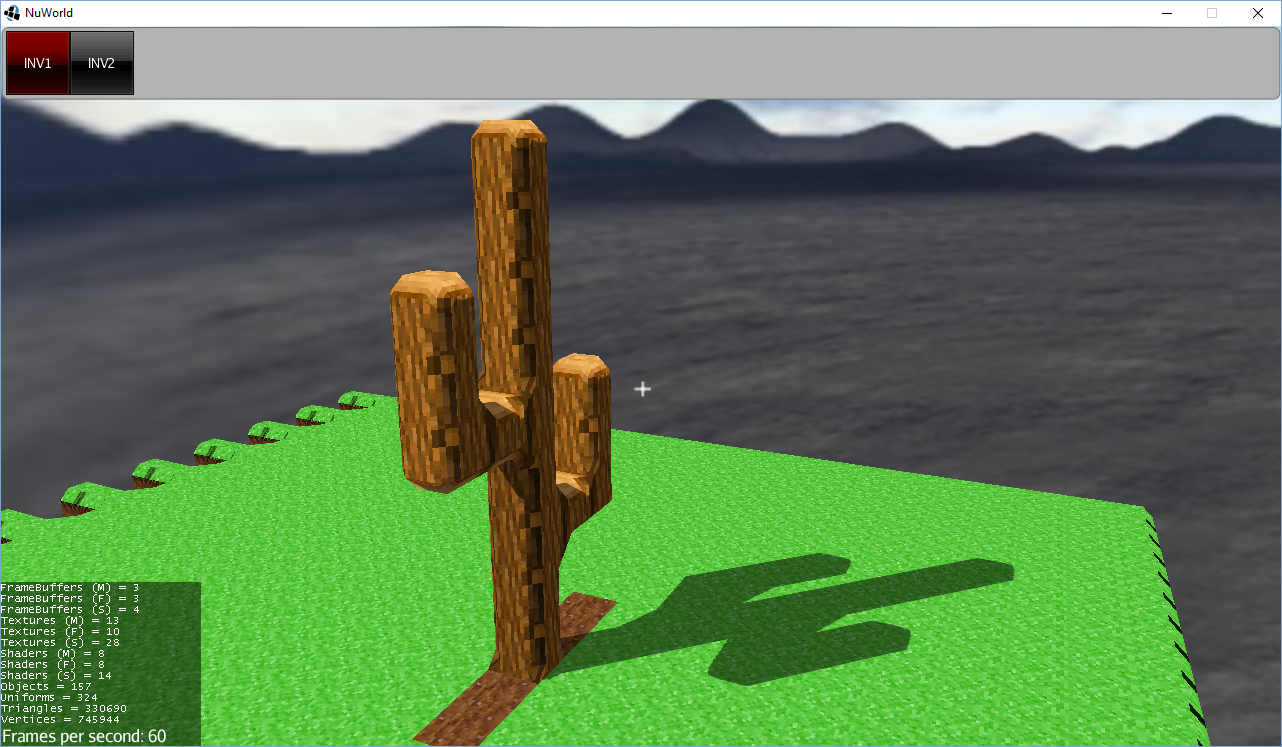 I’m 100% sure I did this the hard way. This ‘rounds’ the blocks corners off, creating lots more polygons, but for a cool look. I was right about running into some glitches with my lighting system. I haven’t figured out why yet, but once the light levels drop below 15%, some polygons stop rendering, while others continue to render. Otherwise it works fine.

There are some improvements I want to someday make to this, but next up is dynamic chunk generation. I already have a server/client model where multiple people can play around in the same simple world. I want to make an ‘infinite’ world generated on demand. And I want to also see if I can make chunks load vertically as well so there won’t be a build height limit.

PS. Would it be more appropriate for me to put these progress updates all in one thread instead of separating them out? Whats the norm for that?

PS. Would it be more appropriate for me to put these progress updates all in one thread instead of separating them out? Whats the norm for that?

Generally, one thread I guess.

It would help me investigate the light issues if I could see the normals. Wouldn’t happen to be a debug flag somewhere in JME that I can set to draw them? Kinda like Blender normals, or physics mesh wire overlay?

I really like the style - still low poly enough to fit with the world but just rounded enough to look better.

One thing though, people always use the lime grass texture. Probably because Minecraft did it in the older versions, but I think a darker and greener version looks way better. 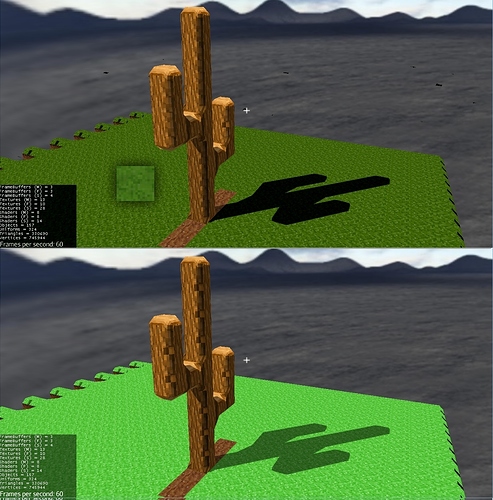 So since I felt like making something here’s a grass texture I mocked up in 2 min that probably tiles horribly, but should be good for testing:

Paint.NET is one hell of a drug.

@pspeed That looks like exactly what I will need. I’ll give it a try.

@MoffKalast I agree with the suggestion to go darker. Right now I’m just using the texture file from cubes, but I think something a bit more shaded would be good. I’ve also noticed that just lowering the ambient light helps.

Worked on terrain generation and chunk loading some more.
Lots of work left in the area. Maintains about 20-30 fps while loading/unloading chunks client side. Server isn’t smart enough to drop chunks yet. I think I can get the frame rate back up into 45-60 while loading chunks if I continue to work at it. But I might spend some time on some other part for a while to keep from burning out. It is multi-threaded at least, and that was my main performance goal. Next major improvement might just be doing a better job selecting which chunks to load by doing some chunk path finding to keep from loading underground chunks, or to abbreviate empty air chunks to smaller messages. 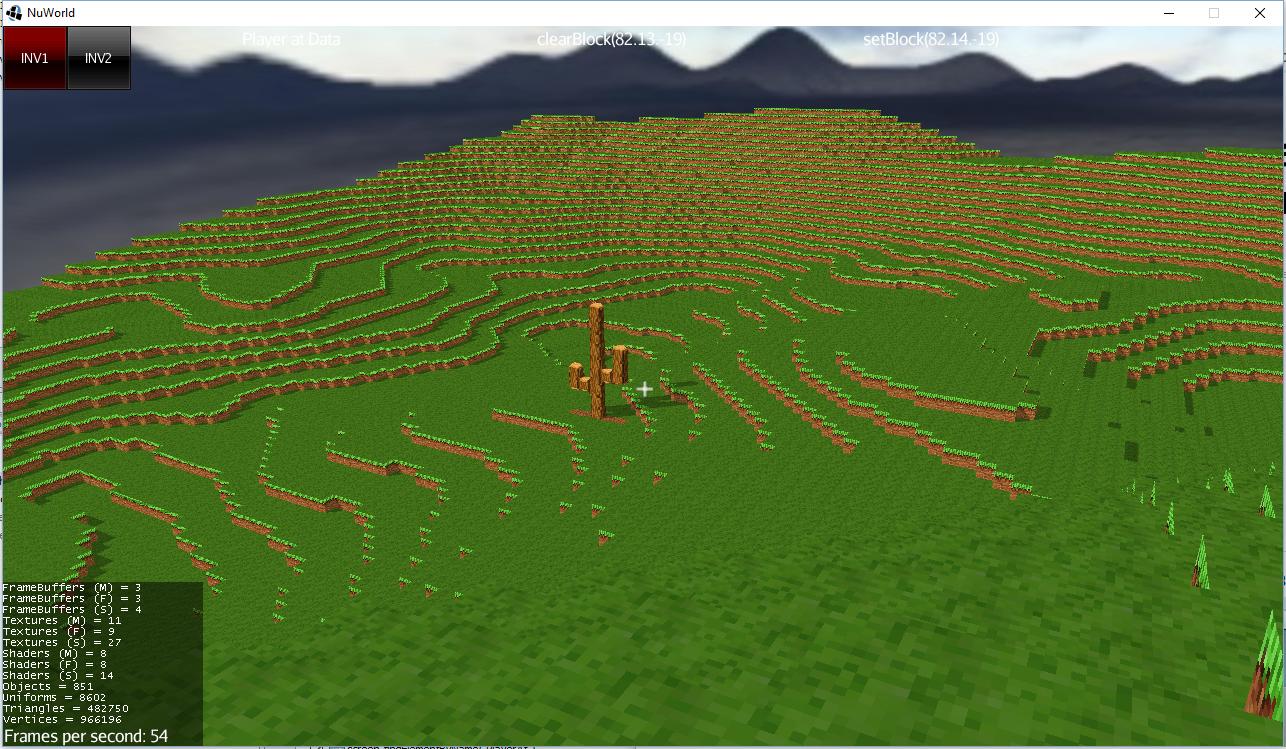 Used darker grass texture you provided. Not 100% sold on it, but its an improvement.
Chunks are 16x16x16. And there are chunks going vertically, that means you can dig down and fly up as many thousands of chunks as you can travel sideways.

In this shot, the grass is square chunks and the wood is rounded, but that’s configurable.