I checked the libraries and there is no such class…

Is this something I need to download or what? :0

Do you have the terrain JAR on your class path? It is indeed in the source tree: 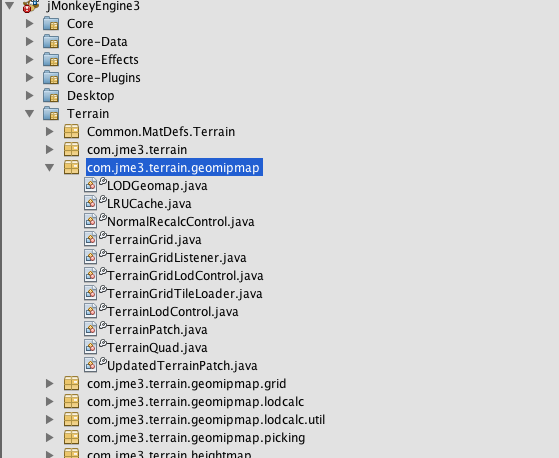 How old is the build that you’re running? You’d do well to update to the latest stable version…

OK, so I downloaded the latest JME libraries and replaced my terrain package with the new one… I think it’s working now XD

So now I run it and there is nothing there…

Start a new thread with some code