Transparency issues within the same model

I’ve been doing some modelling for Skylimit Tycoon, and thought that stairs with glass would be quite nice, so I setup a box as glass and painted it with a transparent color, but I found out that there are some problem with the transparency, as you see in the picture. 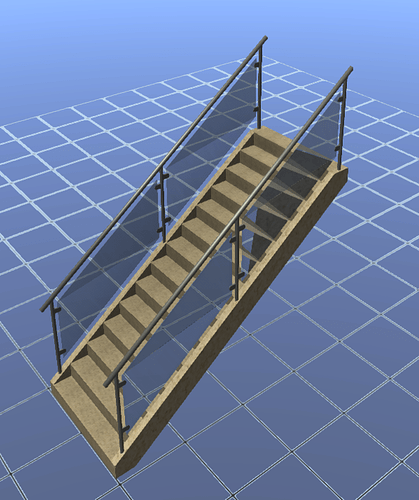 I made a less complicated testmodel and the results are the same. 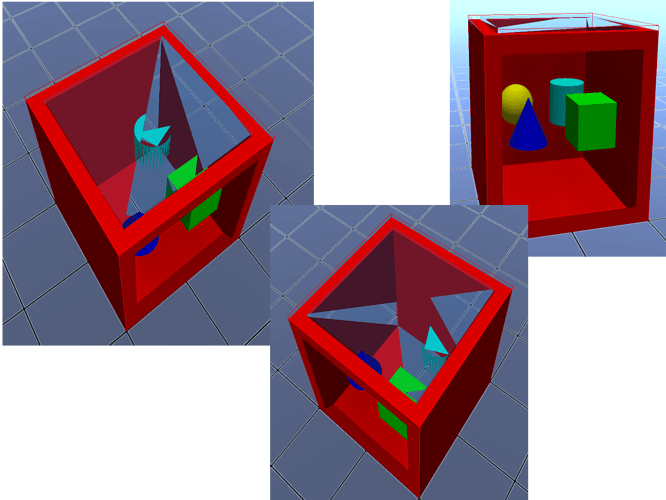 I thought that it should be possible to use transparent colors within a model, or is this a known issue, or should I do anything special with the model?

Is it better to separate the glass into another model?

I have the test model as .blend, .obj, .j3o and diffuse png image: http://kecon.se/download/jme/transparency_box_01.zip

I usually export to .obj from Blender 2.76 and then convert in to a j3o without the material file and create materials dynamically in the game.

First o all: Alpha/Transparency Sorting, Your Z-buffer, and You

Ok, thanks, I have a look at it an reply here if I stille have issues.

Did you try importing those models with those flats surfaces not being transparent? I mean, my models (imported from blender) that were made of “walls with width” and simple quads rendered strangely even without any transparency going on. This might be due to my lack of knowledge, but, either: