I’ve been thinking about this a lot and… do you think a good game needs, in fact, enemies to be good?

There is going to be the possibility for a bloody horrible violence in Rituals of the old.

But. What I mean is that some games have an enemy. It can be a horde of the undead, an alien race, people who are portrayed as evil/enemies or something similar.

Is that strictly necessary? Because I’m not sure that it is. Personally I’ve always disliked it when something is characterized as completely evil and without redeeming good qualities. Something that always attacks you on sight … why do they do that again?

I was thinking would it be a good idea to drop this concept in Rituals of the old or do you think it could ruin the game?

I don’t really have a clear opinion at this point.

do you think a good game needs, in fact, enemies to be good?

do you think a good game needs, in fact, enemies to be good?

Depends what the in-game goal is. If the game is all about kicking someone’s ass, then yes, you do need enemies. If your game is about blocks falling, no not really. If you have a sandbox Multiplayer builder, it doesn’the sound necessary. As long as the players have a goal (or not - like minecraft), you can decide what you want yourself.

In your intro you say something about guards and bandits and weapons and creatures.
I think if spotted a kind of enemy there ^^

In your intro you say something about guards and bandits and weapons and creatures.I think if spotted a kind of enemy there ^^

What I meant by not having enemies was the difference between enemies like zombies, etc and a person who happens to be a robber by trade.

Zombie comes straight at you without a fail, every time. It is what you can with a good conscience call an enemy.

A robber while not working will have a polite conversation with you at the local pub. And even if he is working, I’m sure he doesn’t wish to go around killing people unless he is absolutely forced into it. And even he is completely evil by his personality he still would be a person and not simply an enemy who’s only function is to attack.

That was the point I was trying to make.

Anyway. Lately I’ve been making mockups of UIs. Here is the TAB user list. Still needs some work, but getting there: 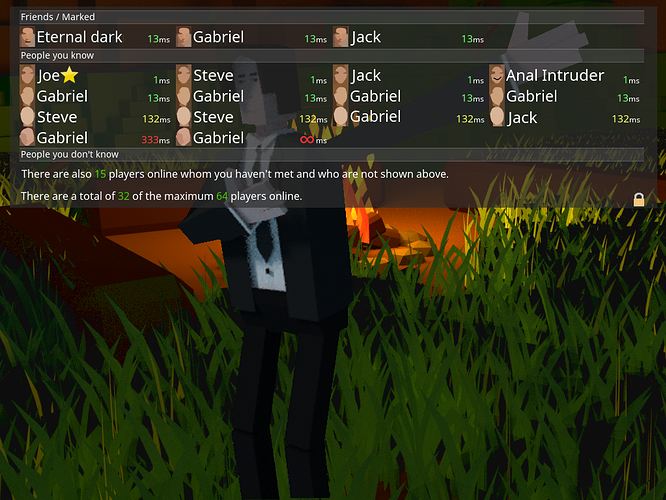 The idea with the “people you don’t know” is that you don’t know anyone until you meet them and introduce yourselves to each other. Only after that you would see their names on the player list (can be configured and disabled by the server owner).

And what about a serial killer XD

And I would have a little differentiation between the different players (eg slightly different background colors, because I first thought the pings left of a players name is the correct one

Looks good so far.
How do you find out, what ping they have?

BTW Why does Joe have a star?

And I would have a little differentiation between the different players (eg slightly different background colors, because I first thought the pings left of a players name is the correct one

That’s a really good point. I’ll definitely do something like that.

BTW Why does Joe have a star?

Probably because he is an admin or something like that. But I was thinking about letting the server owners add images there in general if they want to.

I think you will not often open this screen, therefore I would not make it transparent (or at least less transparent)
So if the background is eg red you maybe cannot read the red pings good anymore
(I had a insanly boring course about things like that, but now I really look at things like that ^^)

I think you will not often open this screen, therefore I would not make it transparent

From my own experience the user list gets used pretty heavily.

But you will be able to adjust the opacity values of the text and the background from the settings if you don’t like the defaults so this shouldn’t be a problem.

I want to give the players as much settings as possible + the ability to mod the client UI completely by going a bit under the hood - if they want to. 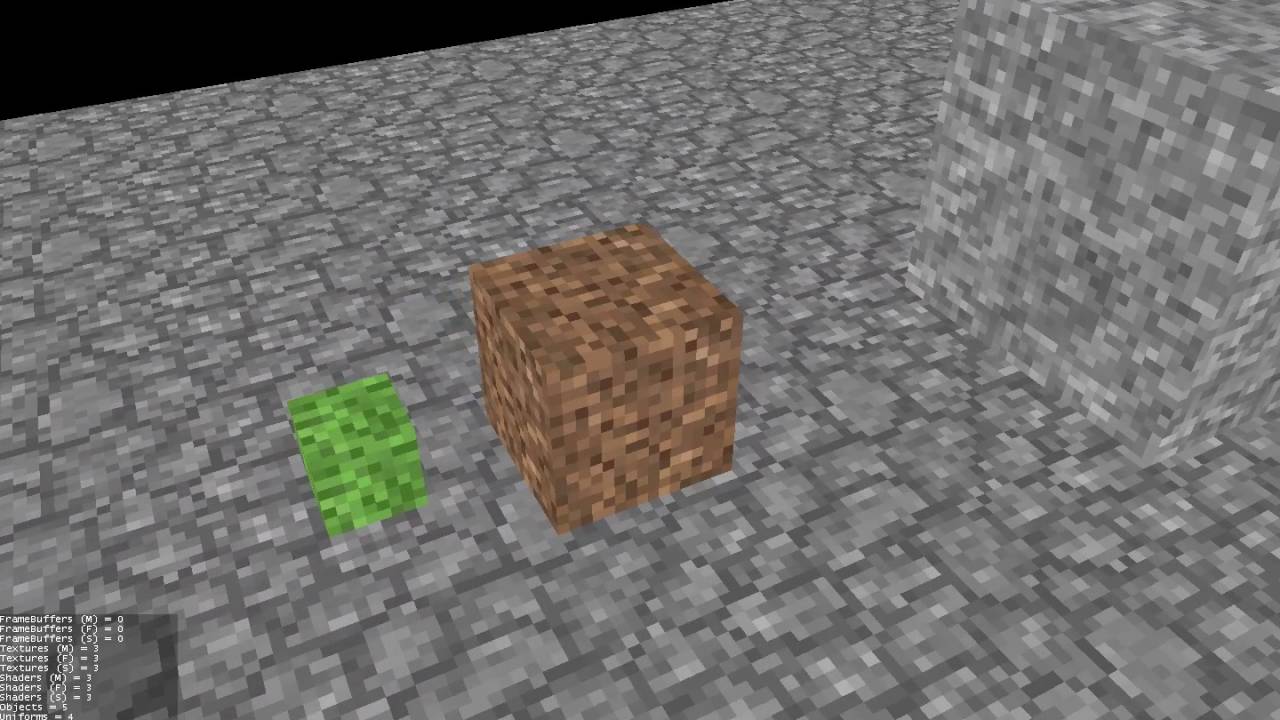 We’ve been talking internally about the possibility of open sourcing our sparse voxel octree implementation. I had the idea that it might be helpful to others. There are probably some issues to solve in finding the most reasonable way to decouple it from our code.

But my question to you is that would you be interested in this or do you find voxel engine octree implementations easy peasy?

Let me know what you think.

I say go for it. I might find it helpful one of these days. I learn best by seeing working examples of things.

I went through our schedule a couple of days ago and it seems likely that it’s going to take us approximately 6 months until we’re finished with our octree implementation and networking. So we’ll have another look at this by my estimation somewhere around March - April of 2017. I will let you know.

Walk cycle v1. What do you think?

A new blog post about projections and mappings and stuff:

Game Jolt - Games for the love of it