Currently we got a small 3d map, with somme objects : your magic pyramid, magic nodes and obelisk (aka area defense) 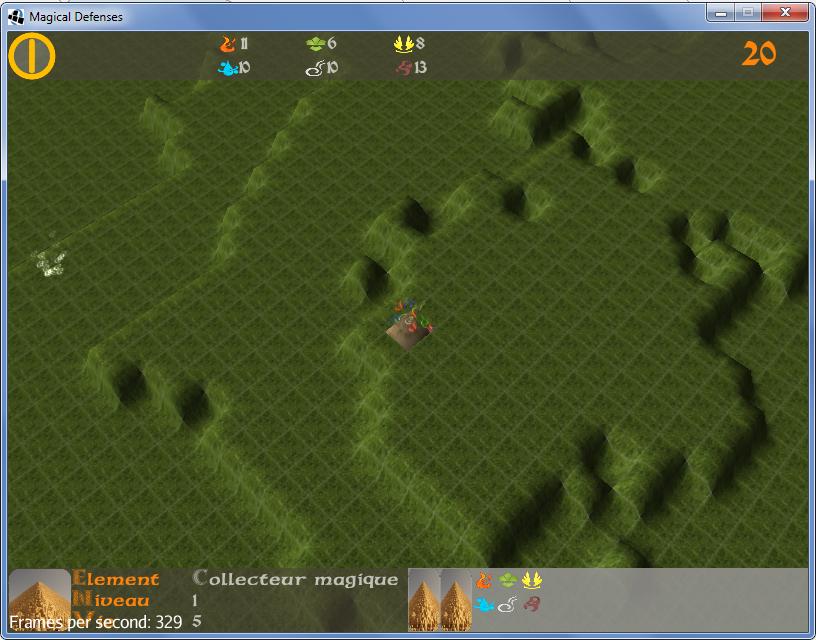 A zoom on a set of magical nodes (gives more power, but can be attacked instead of your pryramid) 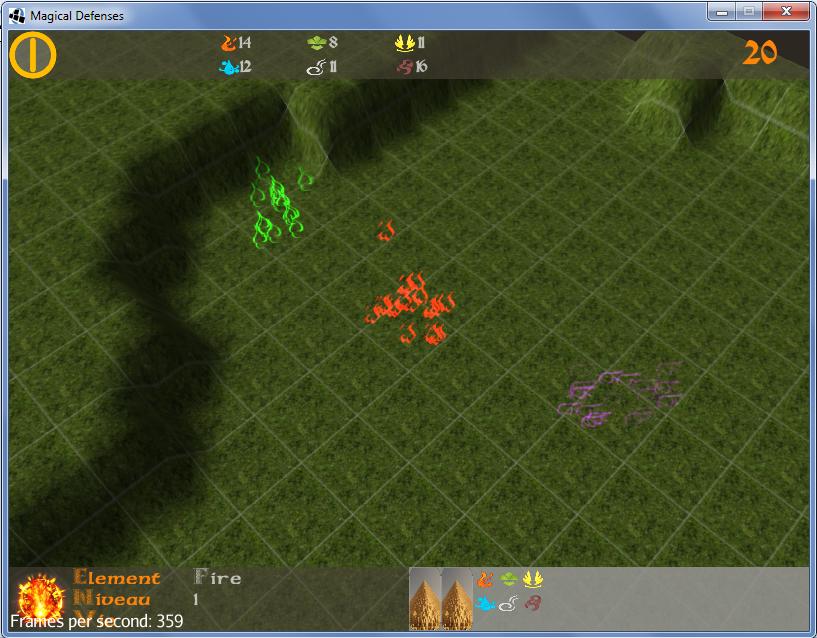 Now thats what I call purpose

Looks very neat already. Great to see all this happening.

Looking good. If you need any help with the rules, just ask! Good luck!

EDIT: I saw French in a screenshot. Please remember that English must be included.

Also: LOL at your score normen

Why don’t you change it back?

All text are coming from property files, so that should be simple.

I’m currently trying to track where i found my art (texture, menu background, fonts…), and remove the one that are not free.

As for help with rule, i think my child got this cornered (he made a spreadsheet with what he want first, then possible ameliorations… and so on).

Make sure that it doesn’t get too complicated

A demo later on would help me determine this.

Looks good mohira - tell your son he is very lucky to have a dad willing and able to make him his own game!

@memonick : well. as for programming, i think i’m clearly the winner. He’s trying to learn development using logo :). For tower defense, i must admit that he is way better than i. it seems that he don’t mind trying totally new strategies, while i try to adapt mine. however, long term planning is not he string point (chess for exemple

). I still have a few years before me of being his own personnal little god

@ttrocha : well, we were speaking about it since a few week, and i had debuted the code to display a map, so the start was faster than expected

We were just lucky

I only hopes that i can put everythnig he wish for, but the first idea are coming throught. First implemented, the earth obelisk : a area defense, creating impassable obstacles on the map (or damaging creature already present on the point), the obstacles changing every 3 seconds…

the only problem i see is that the code willl probably not be production-quality, even if i try to maintain good seperation…

As a parent of young kids, this is really inspiring! Good luck and have fun.

I have 2 girls, and the game of choice atm is diner dash, I guess I have to start making those games

After two full week of “IRL-too-much-work”, i’ve been able to make some progress, along with a redesign of the application’s code. The earth-obelisk are now functionnal (make some random cell non-crossable temporarily), as well as the death-obelisk (any creature that die area inside will give mana).

I don’t know what will happen for cell that are in the area of several obelisk, as the effects are represented by particles. I hope it won’t become too much clustered, or that performance will fall below acceptable…

detah obelisk particle : small phantoms moving out of the ground

on a related subject : how do you make correctly mapped objects ? i’ve created a 6-sided obelisk using wings3d, and used UVMapper to get the faces on an image file, but i seem to be unable to create something that look halfway correct from this point. is there somewhere a (generic) tutorial, or a repository jo3 objects that i could use ?