I’ve threatened to write an Asteroids clone using an ES a few times now… so I finally did it this past few nights. It also turns out to be a pretty basic fully working example of using Lemur, too.

Zay-ES doesn’t show up in the nice google code browser but you an check it out or browse it from that link at least.

I’ve been slightly addicted to the game the past few days. Level 4 is the highest I’ve reached, personally.

I have not implemented sound yet. I want to, but it wasn’t a requirement for a good example, really.

I went for a retro vector-style like the original arcade machine, ie: no pixels. Trickier to accomplish than one might think but here are some screen shots: 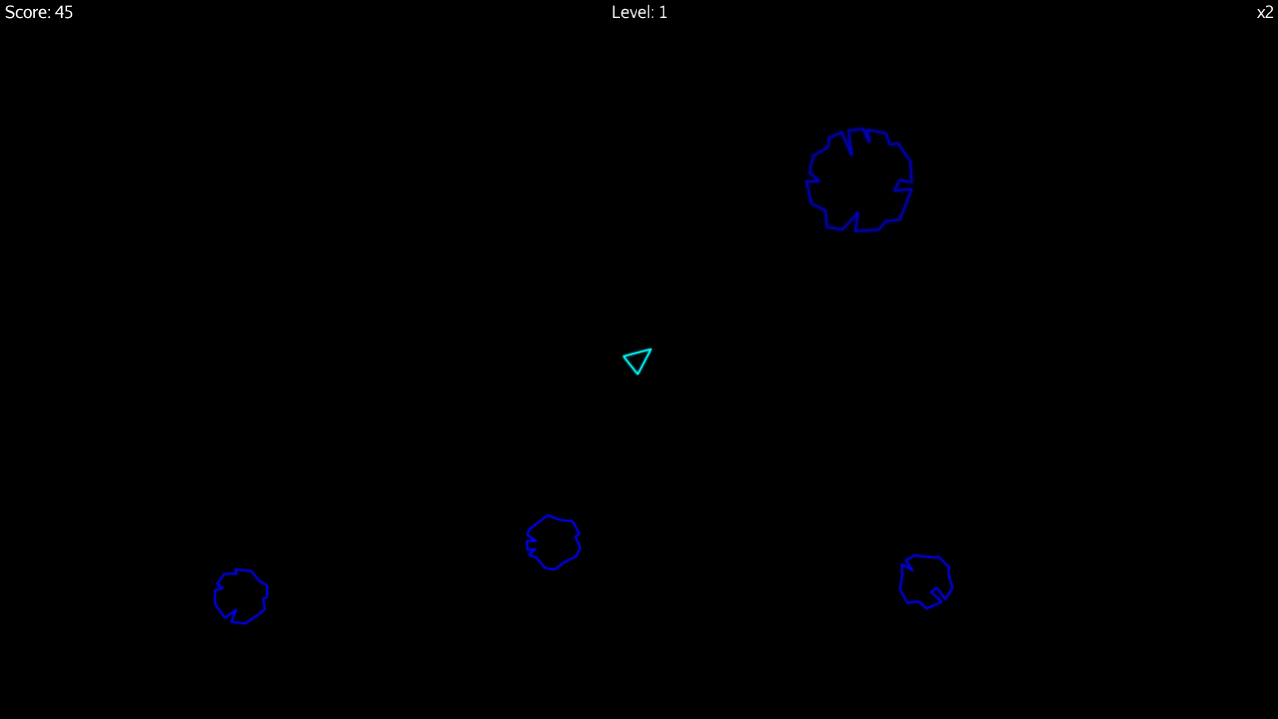 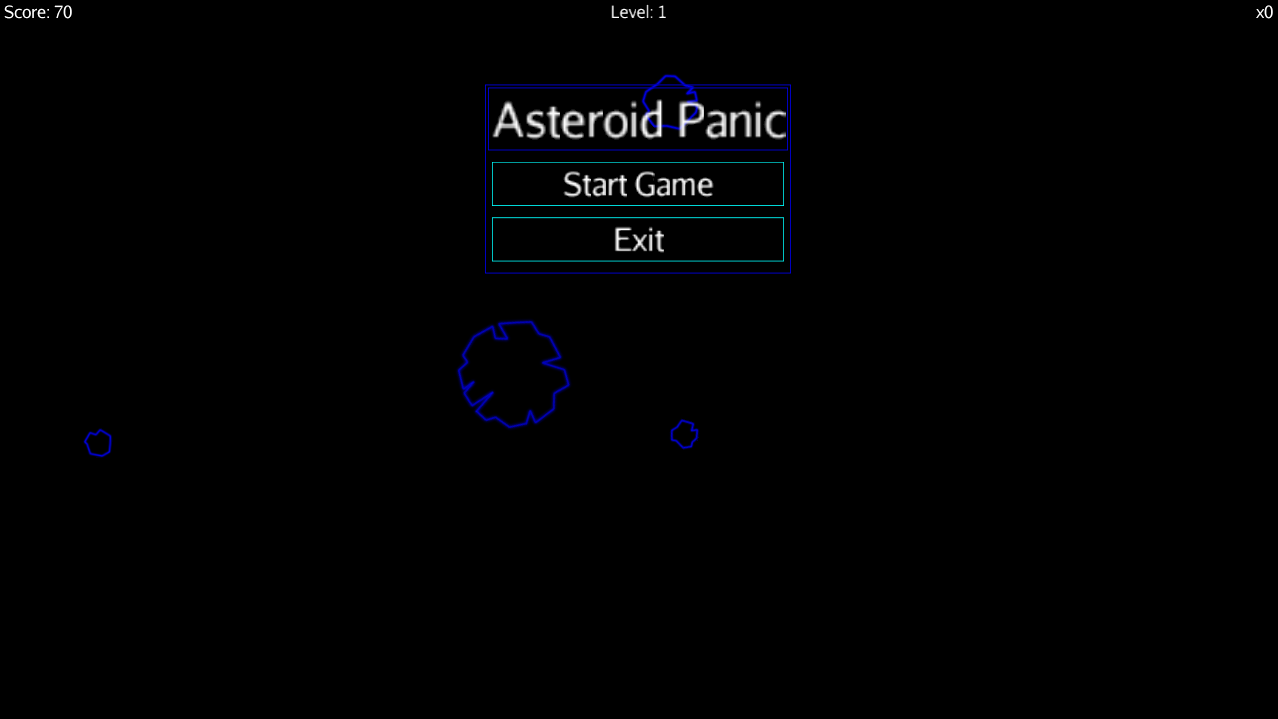 It’s good enough for a demo for sure.

And finally, the project details…

Easily half the classes are reusable boilerplate that could be used by almost any Zay-ES based game.

The other AppStates are general and do the work of marrying the ES to JME classes or implementing general systems like physics or collision detection.

Components: Decay, Mass, ModelType, Position, and Velocty are all game-independent. Just about any game “could” use these.
The CollisionShape component could be generalized but I went the easy route of just treating everything as a bounding sphere… so it’s kind of game specific at the moment.

The ModelState and CollisionStates are general but only because they accept a pluggable callback object that implements the game-specific parts of creating models and handling collisions respectively. (ModelFactory and ContactHandler).

I added class-level javadocs to all of the classes which hopefully helps explore a bit.

On the one hand, implementing an Asteroids clone using an ES was slightly overkill. On the other, it makes a good example (in my opinion) because it’s just about the simplest game possible to make and yet still has interesting things like physics systems, collisions, etc… I think there is very little that gets in the way of understanding how the game and the ES interact.

Also, if I choose to continue developing this game to add power-ups, shields, and so on then it will be truly simple to add them. And were I to have to rewrite a similarly simple game today, I could reuse most of these states and get the same work done in about 8 hours including sprites. So there is that.

13 Likes
Passing instance from control to appstate
Are there other tutorials for JME3?
Some ES design questions
zarch August 13, 2013, 8:41am #2

Nice work. This should go in the wiki somewhere really

Simple examples demonstrating powerful features are always good. Been meaning to learn ES for a while, will definitely bookmark this for later. Thanks

Definitely a good example to learn ES and Lemur! Appreciate it.

Many thanks for a great example!

I agree we should updated the wiki pages accordingly. If anyone feels like he’s up to the job, here it is

For what it’s worth, I’ve uploaded new versions of the zips with basic sound effects and music. I couldn’t resist. I started heading down the “chip tune” route but I just couldn’t do it. Instead I opted for what the sound track might be in a modern arcade if they still existed like they did in the 80s.

Searched on github, but didn’t find this one… where is it?

Searched on github, but didn’t find this one… where is it?