Artstyle and back-ground story of the sample game

Even though the main purpose of OpenRTS seems to be a general RTS engine, good software development practice suggests that this is developed while implementing a practical example.
I like the current idea to have a simple and very stylized art-style… a bit like what the game “Planetary Annihilation” is also doing. At the very least it allows rapid art creation, especially when the units are mainly non-humanoid and thus only require simple animations like a turret or some particle effects.

For the overall style and background I was thinking about expanding the existing art set towards a post-apocalyptic snowball-earth scenario that should go well with the more or less untextured low-poly art.
The first faction would be then rather low tech tanks “diesel-punk” that the surviving population uses. The other faction could be aliens that invade the “empty” planet and try to terraform pockets on earth (with strange plants and fungi etc.). A third faction could be returning “high-tech” terrans that left shortly before the catastrophe to live in generation ships, but have now returned to “safe” the home-world from the alien invasion (and are not really welcome be the local humans either).

Focus would be competitive multiplayer and maybe SP/coop scenarios to play against an AI.

As you can see it is a bit of a Starcraft like scenario, that requires a snowy base level style, an alien terraform plant style, and maybe an orbital platform style for creating the various levels.

I am willing to work on the 3D art assets, but I will probably need some help as I don’t have that much time. Therefore keeping the art requirements low is key to success I think.

Let’s talk about it !

poVoq here: This seems like a nice scenario, and I am willing to give it a try to make the models for it, but of course help is apprechiated and if you have a better idea (and have more free time to create it) feel free to disregard this and propose a different style and background story.

I have nor experience neither talent for that kind of things, so I wish you good luck

If i can i’ll like to submit a faction, as i’m working on my game and willing to share/help i would like to add an “High-tech” faction that i currently call “Plug”.
The idea behind this faction is to have two “entity” working together to survive.

About the Art-style it is not fully fixed as i’m currently working the idea/concept but the current direction is going toward the “Planetary Annihilation” style.

Ps : “yordle” isn’t the name of the entity but that’s the first stuff i got in mind currently XD

The idea behind this faction is to have two “entity” working together to survive.

Can’t figure out what gameplay it leads to. Do you have an idea of the practical aspect on the battlefield?

Are the yordle and mech two separate units?

Keep in mind that they are initialy mad for another game. Inside OpenRTS this Faction can’t be implemented the same way, since now, i was more thinking about having the two “entity” as a background story telling than an actual gameplay.
Then to talk more about gameplay, the initial idea to get this Faction inside openRTS following the current engine state, is to have the mesh as army type unit and the yordle as builder type unit, nothing fancy. I was thinking about keeping it simple since I sadly can’t get myself into the code, by expand, this make me unable to extends the engine if some feature is needed. The best i can do right now is reading. Better than nothing

But, to jump on what @methusalah said, i can expand the initial idea to get a more unique gameplay, this could be interesting for the engine as it will maybe request it to get feature that initialy it wouldn’t had. What you guys think about ?
I’ll brainstorm some gameplay, let see what i can get, feel free to give what you thinked about when reading the first post about them.

Sorry for promising to work on models and not yet following up on it. It turned out that I have to do way more overtime at work than I anticipated earlier

Well maybe this is however a start to work with (not done by me): 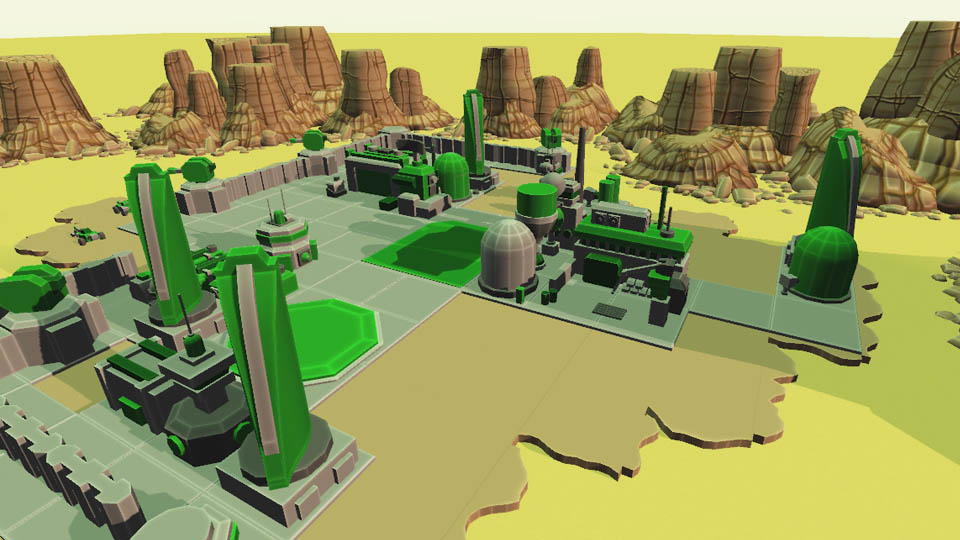 Units and Terrain assets based on Frank Herbert's Dune universe. 73 FBX files, 18 PNG textures. Some of the models have embedded animation.

I’ll give it a closer look sometime soon, but why reinvent the wheel when there is such a nice start. No need to keep with the “dune” theme though.

Sorry for promising to work on models and not yet following up on it.

In some countries, you’d deserve the whip !

I agree that we should use existing work as well as our own (albeit they need adaptation).

Don’t hesitate to give your opinion on the written things, it helps ! 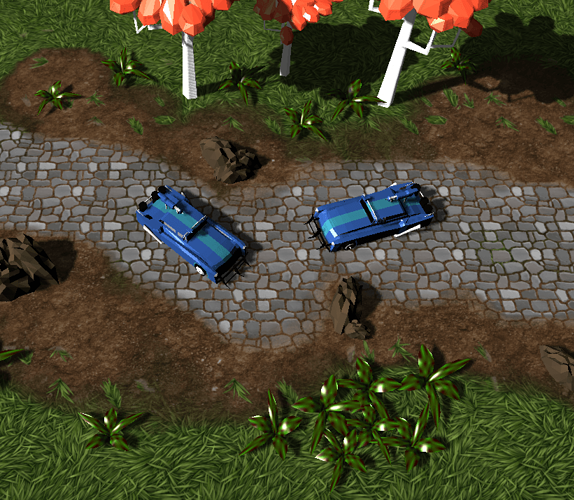 YEPPEE here is the first graphic contribution to OpenRTS added ingame since the project is open-source.

Thanks to @nwad, the author, and all other contributors that make that possible.

Are you as impatient as me to see the next one art contribution ??