I’d like to present the DarkMonkey Theme, which is targeted to ship with the downloaded SDK on the next Stable Release of 3.1. It features the DarkMonkey Look and Feel, and DarkMonkey Fonts and Colors scheme. It extends NimROD Look and Feel:
http://nilogonzalez.es/nimrodlf/index-en.html 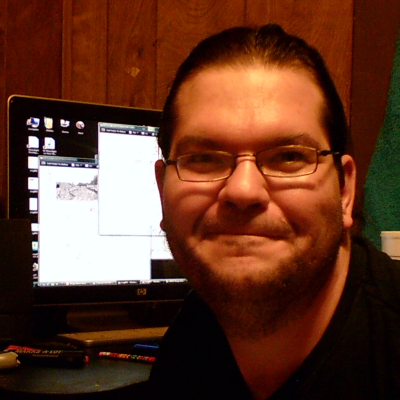 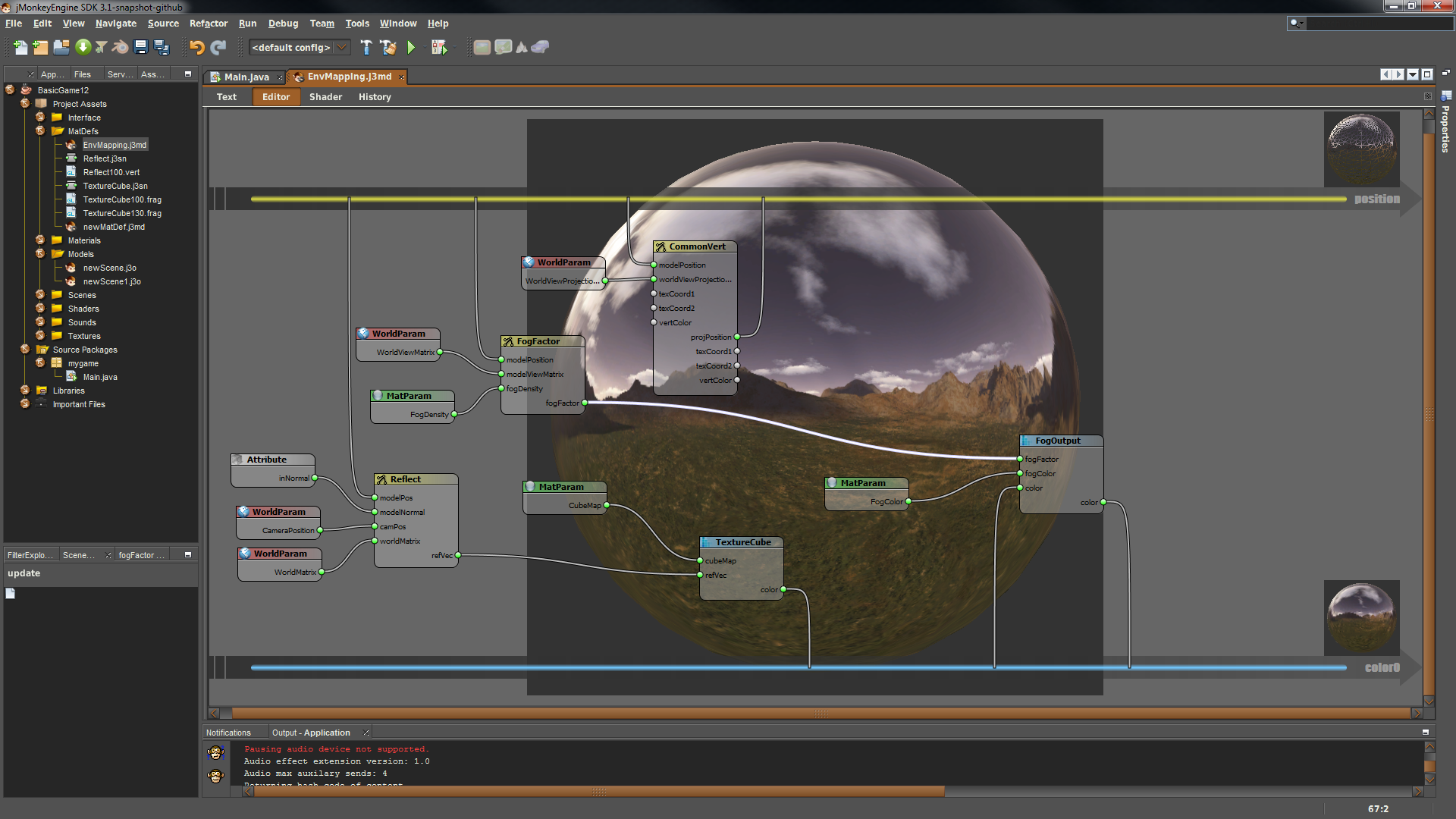 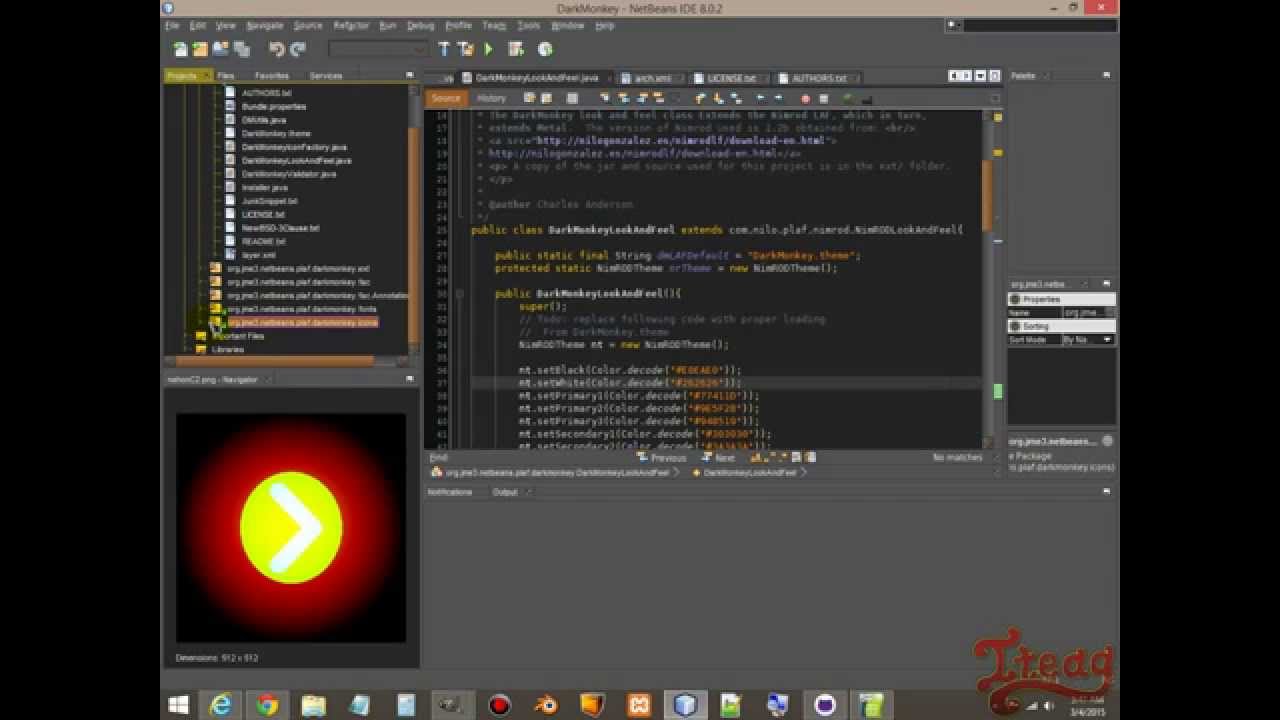 Yeah, its Cleaned for Community Contributions And fixed... with the correction to a font declaration lurking in there... LOL I totally meant to not do that... Oh well.

current NBM to preview it for Netbeans 8.02:

How far you can customize netbeans using theme? For example, is it possible to get ride of the white separator lines in the property window? Or it you want to remove some outlines of the tabbed window to clear things up - can you do that?

Yes, when you need to do that it is a matter of overriding the drawing class for that UIComponent and then having your LookAndFeel Class to register it. This is how Metal and Nimbus and such, override the Basic Look And Feel to start presenting the Frame. I’ve got some commenting in source on the snapshot and have the NimRODlf.jar file available on the alpha snapshot. Oh and btw, the current pipeline of Overrides is Basic - Metal - NimROD - DarkMonkey. Nilo also has the source for his code on his site at:
http://nilogonzalez.es/nimrodlf/download-en.html

Wow, this actually looks really good! Since it’s for Netbeans 8.02, does that mean it won’t work with the current jMonkey SDK 3.0? I don’t know which version of Netbeans the SDK is based on…

How far away is the 3.1 release? I’m dying to use this theme!

@Zanetski: Thanks for the compliment. And right, It won’t work for the 3.0 SDK, that’s Netbeans 7.6.2. @nehon and the crew are still adding some more stuff before declaring the 3.1 SDK ready to roll, at the time of this post. I couldn’t say, but I like the look of it on the sneak peek install that I’m rolling with.

I made a vid on it over on the Dev Blog side… I like a lot of the new stuff that they’ve got up and running.

Hey, so we were thinking of actually making this the default theme in the jME3.1 SDK if that’s OK with you. @nehon did some testing and says its good.
Maybe you can include a LICENSE file in the project so its a bit more clear which license this is released under.

I did a cut n paste of the JME license for the nbm installer license display, as that I just coded up the project for everyone to enjoy. Yes, it was a donation and intended for the very purpose you stated. :chimpanzee_amused:

Where would you like me to copy the license to? It is currently at:

Oh, and if you’ll give me a few days to re-rev up my brain on it… I had been in communication with Nilo, Creator of NimROD, and he has released an updated copy that I can integrate. Also, It occurs to me that I never completed the bug trace on the line highlighting that messes with light FontAndColor schemes. I would like to try and figure out a way for it to play “nice” with the light colored schemes. So, if I have some time left before the release I would like to try to get it updated for y’all to enjoy.

Wow, lol, that was quick… I didn’t realize that I had that much retention on my project… updated to the latest NimROD and FAC corrected to work well with light colored FAC themes.

@Momoko_Fan: if ya have any questions, just holla’ at me, I’m going to head back into blender and working at becoming decent with my art… well… animation skills… n … stuff.

Oh OK, I didn’t see that license. By the way, I am not exactly sure if I should include this plugin (& source code) under the main jME repository or somehow “link” to your repository from the jME SDK application.

If you plan on releasing this as a separate plugin for NetBeans (as opposed to being tied only to jME SDK) then it might be worth to somehow link to it instead of copying it over.

Yes, grab a copy of the plugin and code. Let’s move it to the main repository.

I never planned on releasing it separately. That said… jMonkeyEngine.org could contribute the module over at Netbeans as a dark theme and get some “heads up” factor over there to draw folks. Just a thought.

OK I merged the DarkMonkey source code under jME3’s sdk/jme3-dark-laf folder and I gave you commit access. Let us know if you’re going to make changes outside of there.

If you want you can publish the plugin at the NetBeans plugin portal under your name, it would be more appropriate for you to do this since you have the know-how to support it.