I wanted to show my new simple project. The wife asked me to make a “Crossy Roads” version that is like the Arcade version. No movement other than forward. The screen scrolls automatically and there are not left/right/back movement.

So the game has to check the space ahead to see if it is free and if not check to the Left and/Or Right to determine which way the player can move.

I didn’t use physics in my game, I just did it through collision checking and Ray checking to determine what is happening.

It will move based on what it finds ahead of it. It is find water then it will check for Lilly pad and move to a Lilly pad based on being forward/left/right movement. If it doesn’t locate a lilly pad it just move forward.

The game checks to see if it is on the ground and will find a log if it falls inside the AABB collision. The game will check to see if objects it is on is “Ridable” so as in log it moves the character with the log.

I use simple AABB collision check to see if a car or train hits the player.

It works great and was simple to make.

If you get ran over you become “ROAD KILL” cars keep running you over and the “SQUISH” sounds keeps playing each time a car runs you over. 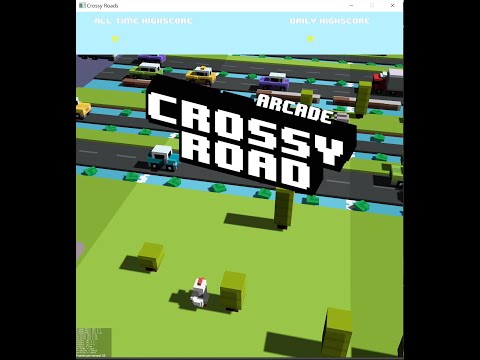 Now we have more map tiles created procedurally, this is a view of a 5x5 tile sample in San Francisco.
Still in progress 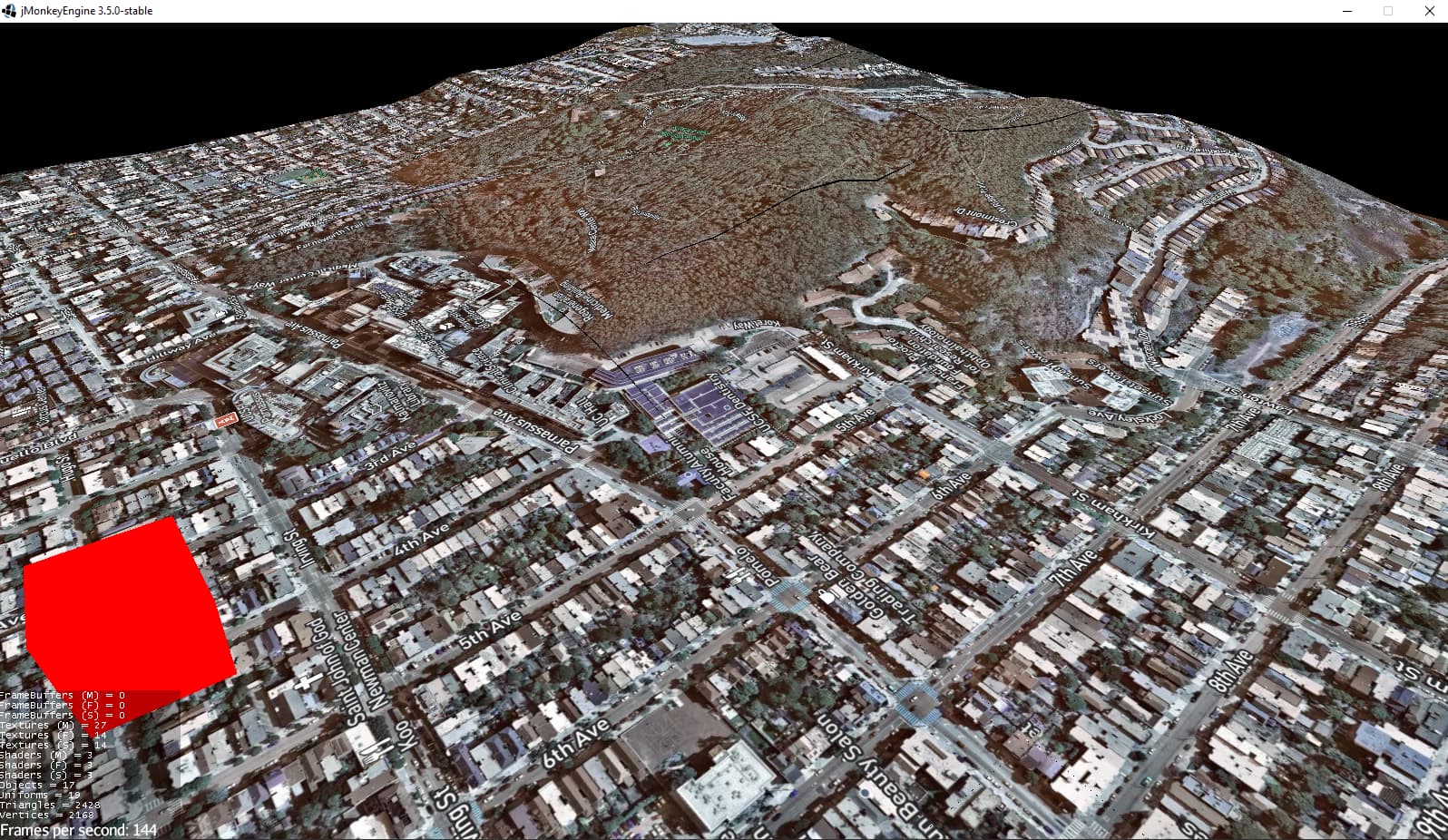 Hi everyone,
in this video I would like to show you the result of the studies I have done on Shaders, Materials, Meshes and particle effects on animated objects. I decided to test myself and create a typical video game effect: the disintegration of enemies.

I ran into a lot of difficulties: 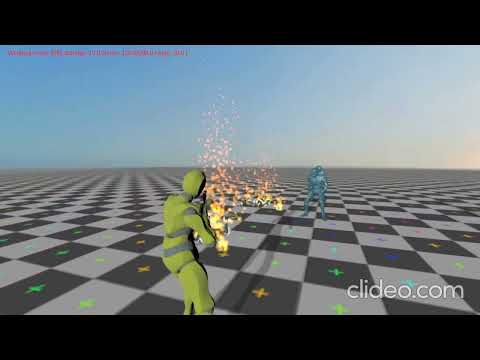 I’ve been continuing adding Virtual Reality Lemur integration within Tamarin. Now if you click into a Lemur text field a VR keyboard opens (10% closer to the user than the window that opened it, and just below it so you can see what you are typing into). 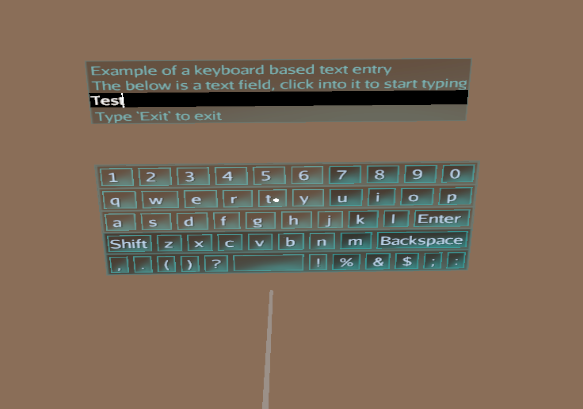 It only allows typing at the end of the text field (i.e. you can’t move the cursor) but in game text fields in VR are usually just for save game names and similar short pieces of text so I don’t intend to add support for that

Hi everyone,
in this video I would like to show you a test environment to debug a ‘Camera Collision’ for a third person game in jMonkeyEngine. Many people probably already know how this works. An interesting challenge was building the test environment to visualize the automatic camera repositioning in the same shared window.
I was inspired by the Unity API. Unity - Scripting API: Gizmos

The cyan arrow represents the preferred maximum distance of the camera.
When the player aims (for example with a weapon) the camera approaches the character’s shoulder and the field of view decreases. (you can see it after about 20 seconds of video)
I apologize for the not very nice level design, unfortunately I’m not a good artist. 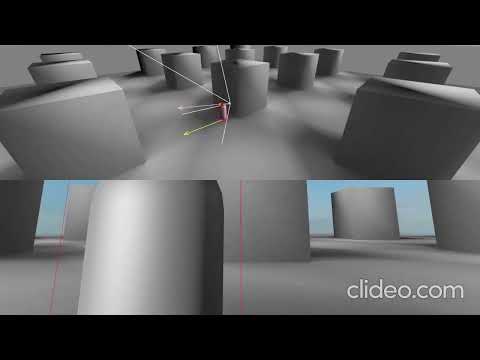 The More Advanced Vehicles project has a new demo!

For years, I wanted to match the capabilities of NiftyGUI against those of Lemur in a non-trivial JMonkeyEngine application. So last May I launched an effort to port the “MavDemo1” application from a Lemur user-interface to a Nifty one. I got distracted by other projects (including JME v3.5) and only recently got “MavDemo2” working. Its capabilities are now roughly comparable to those of “MavDemo1”—better in some ways, worse in others—so I’ve decided to publicize it a little.

And here is its first screenshot: 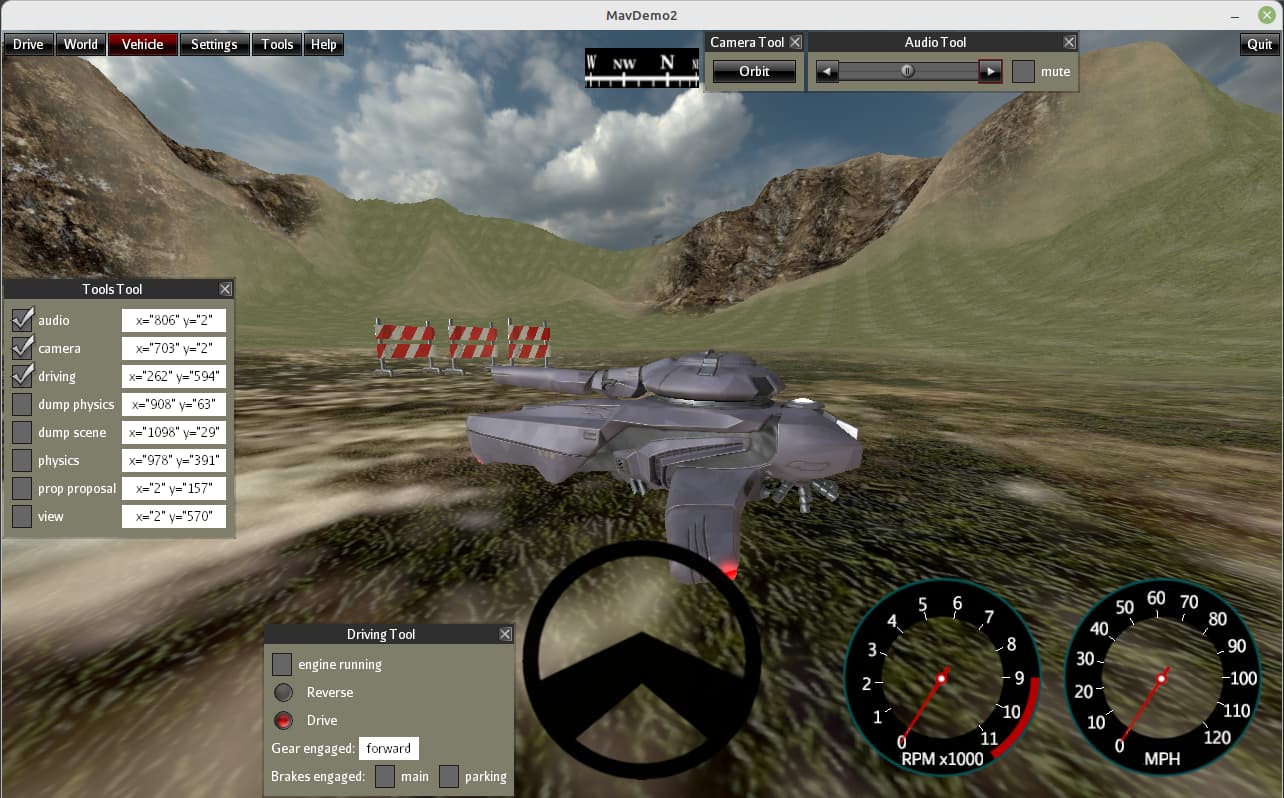 I wanted to do a quick update on my Long term game that I’m converting from my own engine into JME. It is coming along, I started the conversion process about 6 months ago and I’m about 90% complete and have it up and running.

I’m still going through and converting more and more things over to be AppState classes from my own version to get them working within true JME design. 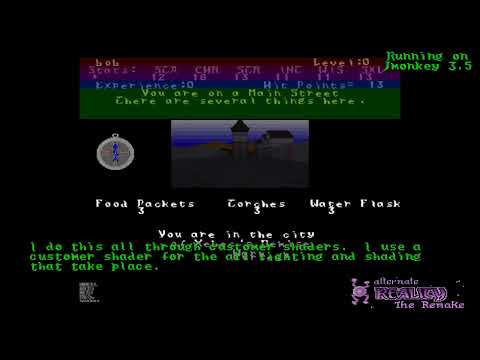 This morning Libbulletjme passed all its automated tests on a fifth-generation Mac Mini:

This is a major step toward enabling Minie to run on Apple Silicon.

Worked a lot on my game recently a simple run and gun game with nonverbal storytelling. I made a simple trailer as I plan to release a demo version of it. Hope you like it. 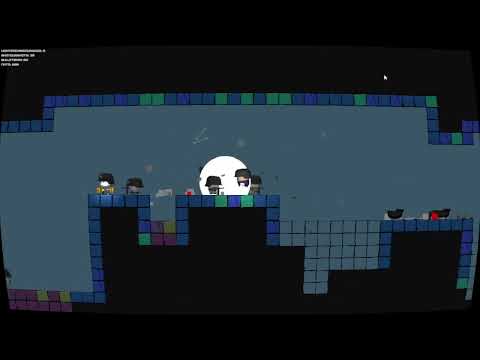 I know it’s already march an this thread is February but anyway I post here an update. I published a demo of All Fucked Up on itch.io All Fucked Up by ia97lies