I’m not sure of any official release dates.

But I can say that the latest 3.3 release of the SDK that is labeled as a pre-release seems to be working fine for me. I recently upgraded my largest project to use it, so I wasn’t sure if I would end up needing to downgrade if I ran into issues.

So far it is working well enough that I’ve been safely using it for ‘production use’, despite the warning on the release pages that says to not use this build for production use. Hopefully a stable release of the SDK will be available soon, but until then you should be okay using the latest 3.3 version, especially if you make frequent backups, which is a good habit either way.

So far it is working well enough that I’ve been safely using it for ‘production use’, despite the warning on the release pages that says to not use this build for production use.

Yes, it is just bad marketing on our behalf. The truth of the matter is that it (SDK 3.3) should have less bugs than the previous versions, at least from purely jME SDK standpoint. Support for jME 3.3 new animation system is new yes, hence maybe experimental. Gradle support is new… The other existing stuff should still work the same.

On the top of my head, NiftyGUI editor and the Vehiche tester are both broken. But they have been so for some time already. These features won’t also work in SDK 3.2.

The biggest leap is of course moving from Netbeans 8 to 12. If NB managed to f* up something between that, then we have issues. Honestly, they didn’t. At least big time. You can enjoy modern Java support and roughly 4 years of improvements and fixes.

The new animation system in jME 3.3 is a big reason alone to use the SDK 3.3 for any new projects. Otherwise you’ll just pile up deprecated code and make it harder for you to migrate later.

I find SDK 3.3 way better in production use than any previous version. Absolutely rocking the new styles/themes.

In fact, I tried to fix the vehicle editor as follows: 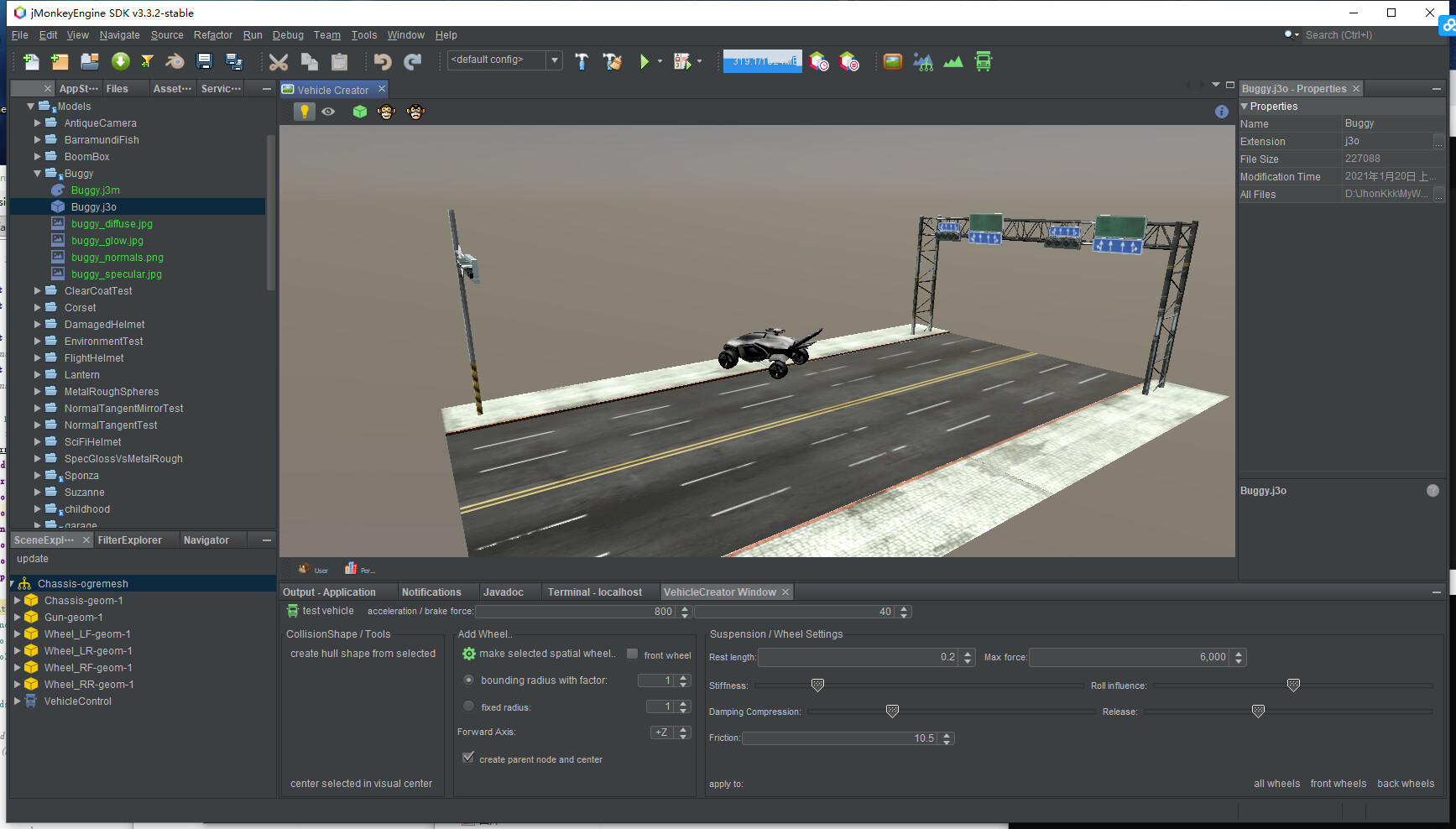 Here is the issue in GH, for communication etc.:

Vehicle editor crashes when opening it

Vehicle editor crashes when opening it. It doesn't seem to able to load the model. There is something wrong with it...