so I have this nice scenes with characters standing around with a camera looking at then.

The user can select the chararacters by going left, right. The camera abruptly changes to the newly selected character. So I want to change this; the camera should smoothly zoom out a bit, turn towards the selected char and then zoom in a bit. The position of the camera and the characters is basically fixed.

Anybody who has an idea how to create something like this the fastest?

Using cinematics, animating the camera by code, abusing chasecam to do this, anything else?

Any ideas are welcome on how to create something like this in a not too complicated way, or in reasonable time in/for jme. 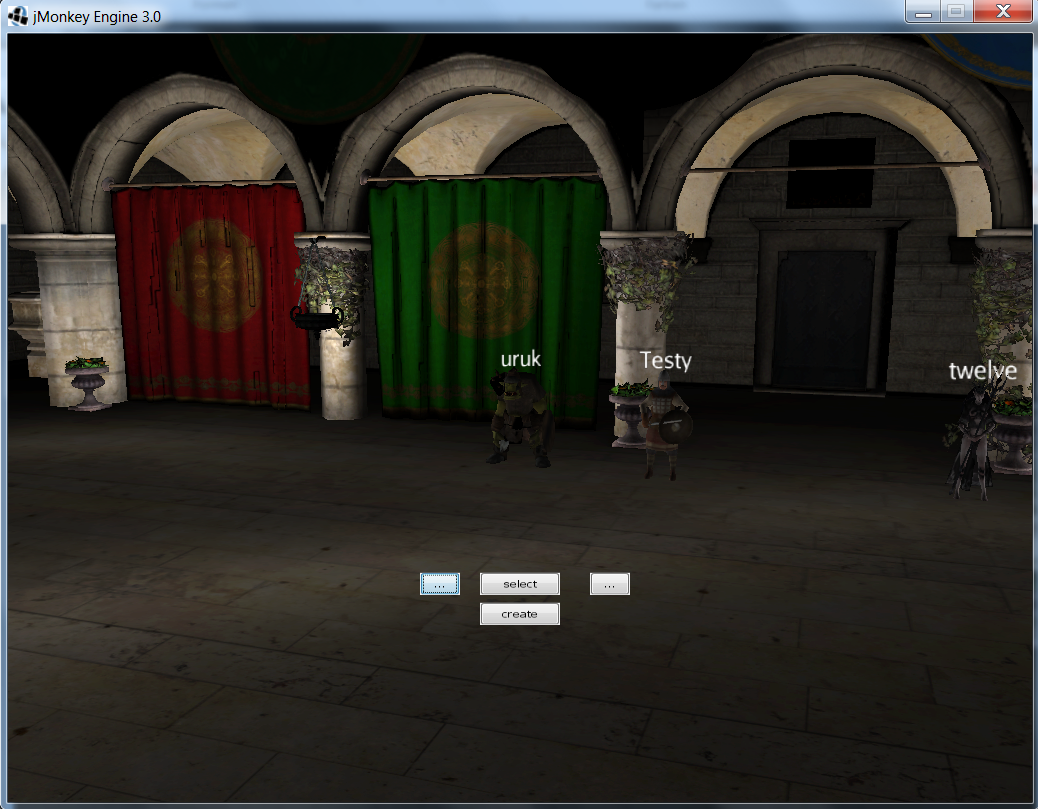 Math. Interpolate between the two positions / rotations based on tpf, ease in and out a bit and you’re good. The motion path etc. classes do the same, theres no “magic”, the object gets moved a bit each frame, simple as that.

What I would do is use a chase cam and an invisible object placed at the character’s head position. When the player select another character, have the invisible object move while the camera does its zoom-out/zoom-in routine.

That way you have an easy way to manipulate the panning speed of the camera, meaning the speed your invisible object is moved dictates the panning speed. No need to break your brain with calculations and stuff.

@madjack said: No need to break your brain with calculations and stuff. ;)

As if you had to calculate it yourself, if interpolating from point A to B is breaking some brain it will be crushed by making a game… Plus if you do it yourself (yes, maybe even with an adapted cam control) then you have much more control over the result. I mean he sounds very specific about what the cam is supposed to do so I guess the existing controls will expose behavior thats not intended.

Skyrim did a lot of changing the camera perspective which made for some nice transitions. /shrug

Worth playing around with the idea anyways.

EDIT: Oh… I meant in place of zooming. Guess this should be mentioned.