This is the 3rd part of a (so far) 3-part video series, wherein Jonathan Blow details his annoyances with the status quo in game programming. In this last part, he demos a new programming language, specifically designed for game development.

Pretty heavy stuff for someone who’s not a language nut (which rules me out), but figured some of the heavyweights may find it interesting: 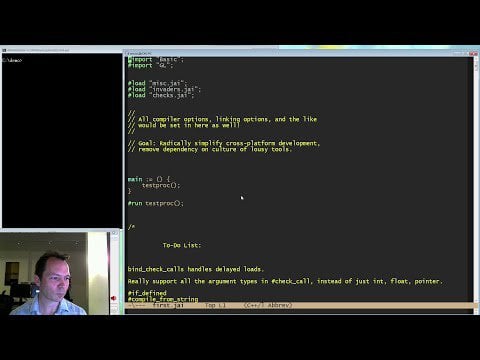 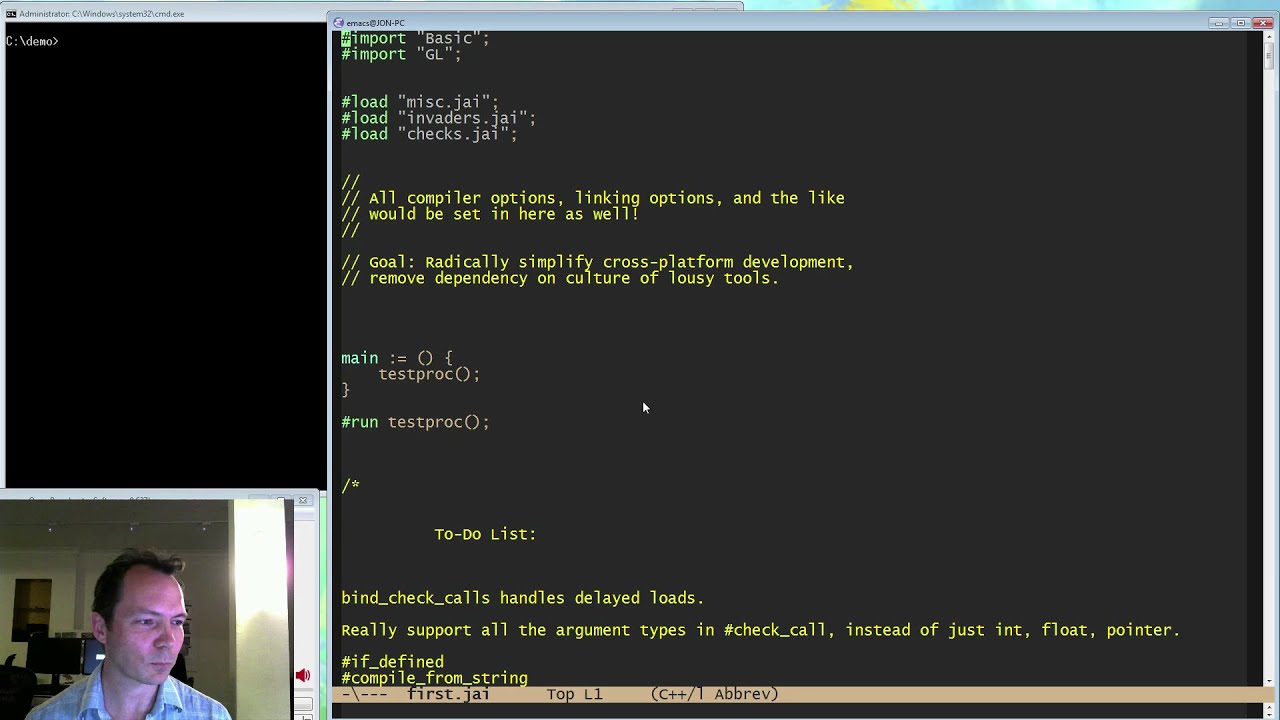 I watched the first video a few weeks ago. They are each pretty long (like 2 hours) but very informative. From what I remember he wants it to be similar to c/c++ (as that it was the gaming industry is based around), but fixing a lot of ‘problems’ that it has, now now that we have 30 years of experience with it. He also slates garbage collection languages, saying they don’t perform as well.

- Compiles to C - A bytecode interpreter can execute the whole language

I wonder how well it will scale to BIG projects. I do not have time to go in detail through the video right now, but things I wonder about are:

I won’t mention IDE support (smart code completion, hotswap etc), because I understand it is early stage, so tools are not yet ready.

As far as cross-platform is mentioned. I think that problem with cross-platform is a lot more about DirectX versus OpenGL and fopen versus completion ports, rather than Linux command line versus Windows VS env (or even x86 versus x64 versus ARM). Not sure how this language is going to help here.