??? There definitely is a worldToLocal() method on Spatials.

Otherwise great work on the ttfs, you essentially made notepad inside jme lol

Is that available on Node or Spatial, because I needed it on Node and didn’t see it.

I copied that code from Spatial.java, but since Node inherits from it… 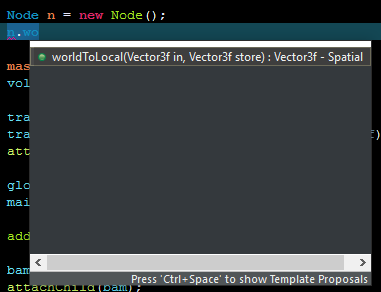 Works fine for me.

Okay yeah, just looked it up and it is available on Spatials, but not Nodes and I needed it for a Node.

Unless your node somehow doesn’t extend Spatial then I don’t know how you wouldn’t see that method since it’s not private.

Hmm, well using NetBeans 8.1 the code completion does not list worldToLocal as an option.

Edit: I just pulled up my laptop and the code completion does list it as an option. I guess I must’ve glanced over it, I looked and looked for that and couldn’t find it haha. I actually wrote the worldToLocal code for CarpeDiem, I needed it for bones which, I’m fairly certain, did not have a method for projecting from world space to local and back again.

Actually thanks @pspeed and @MoffKalast for bringing it up since I ended up breaking out my laptop and adding a new feature to the TextField. Previously text that extended beyond the visible area was clipped out and you could use the arrow keys to move the cursor left/right up/down to reveal it, but that wouldn’t have been very useful on Android since, unless you have a keyboard attached, there are no arrow keys. I have it now so that it moves the cursor while the mouse button is held down over the TextField and if the mouse goes farther left/right up/down than the displayed text it will autoscroll to the previous/next line or previous/next character which makes the TextField actually usable on Android. I have it scrolling at 15 frames per second. Scrolling faster was more fluid, but probably would be too easy to scroll past whatever area the user might be trying to reach.

I wanted to emulate the typical ‘low poly scene’ look so i ripped this out this afternoon :: 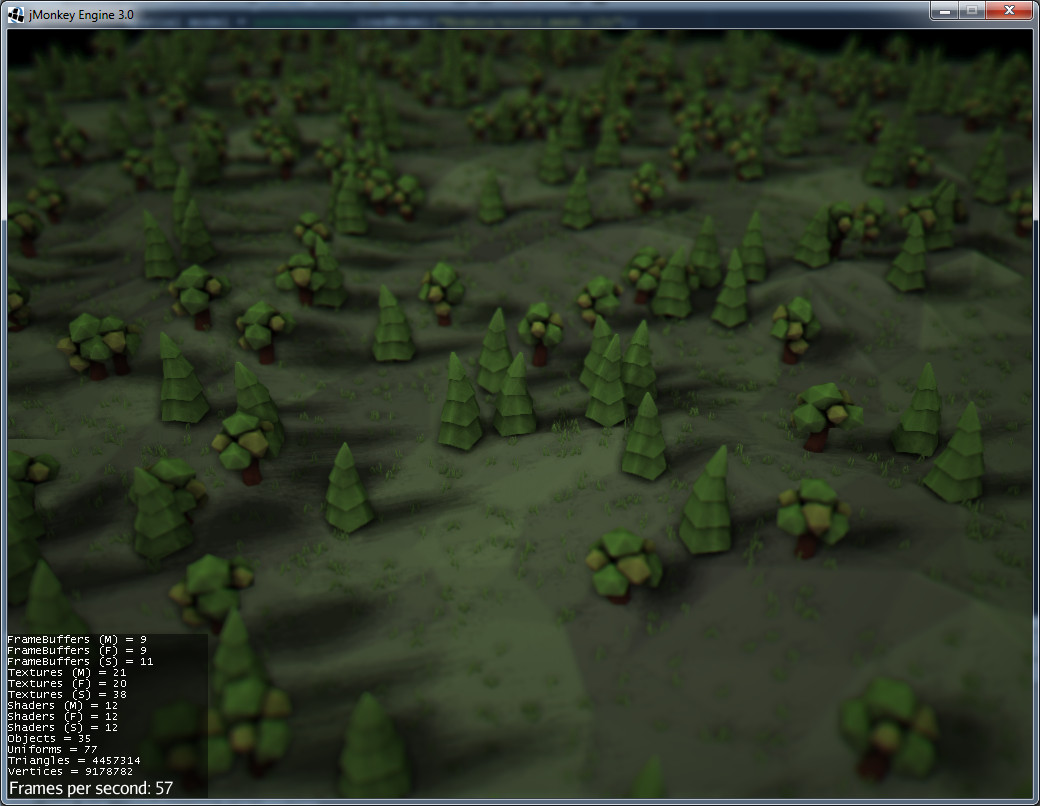 @thetoucher: Can you detail what you did for specific low-poly “feel”? We also want to fiddle around with low-poly assets. Anything specific in jME (like post process filters, etc.) or what you had to change/what artistic mistakes you made? Not sure if all of it will translate, but it may help our artist with some low-poly touches. 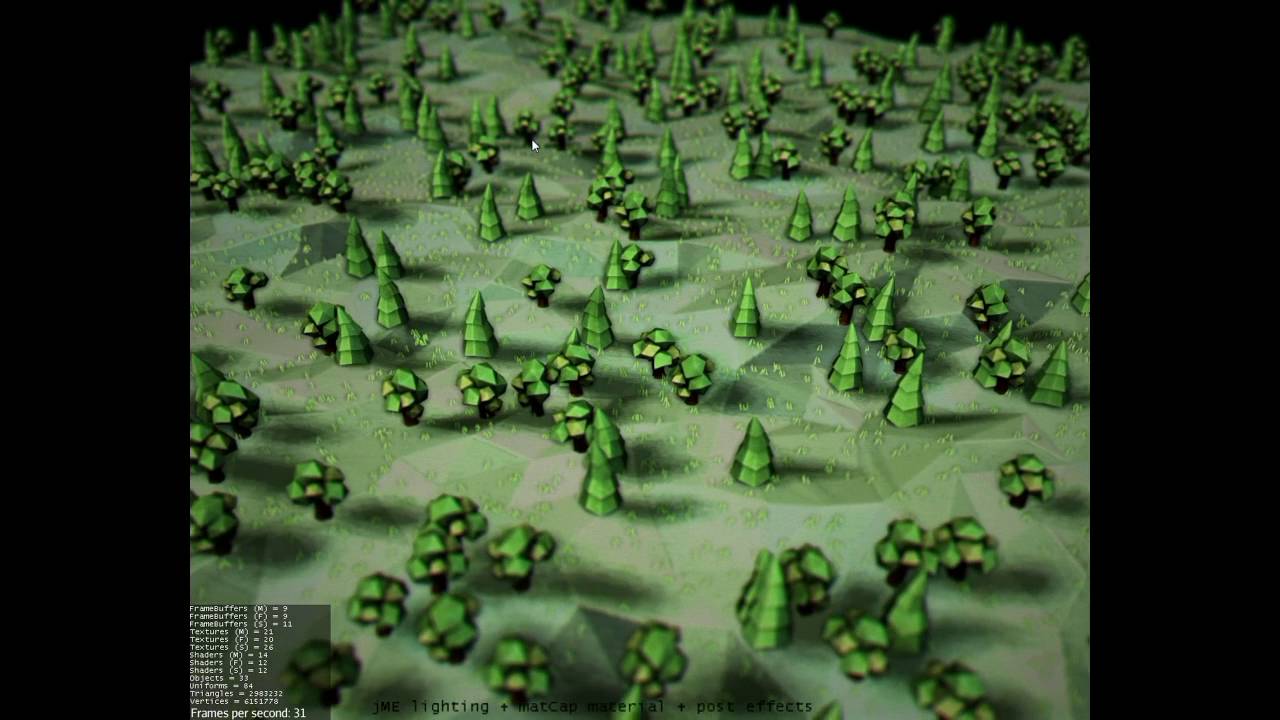 The models I made myself, which took most of the time, by following PigArt’s Style.

I then baked Ambient Occlution lightmaps from Blender.

I tweaked Lighting to including MatCap calculations and baked exagurated normals from Blender.

I brightened all my diffuse textures, then fixed up the colours in post.

Thanks for the tips @thetoucher. I’m the artist for the game @machspeeds is working on, and we’ve got a Main Menu in game now. You can check out the blog post too, it’s a 1 minute read.

its looking really cool. It would be nice if there was a laser or something at the front of the rockets so you can see them coming around the hard to see corners.

@thetoucher Actually, you are totally right. We got you covered, here’s a concept I made a while ago: 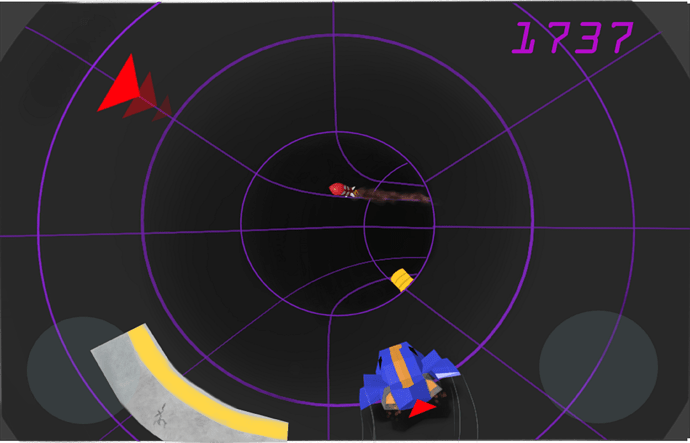 See those red arrows? Those are indicators for what’s coming. But having the rocket emit a light to see around corners might actually better integrate into the experience than an artificial arrow helping you out. We’ll give that a shot. Nice idea!

Hello, I am going through my new jmonkeyengine book and am looking for something to get involved in. I also wanted use skype as social outlet to talk to other jMonkies, learn, assist, and stay motivated.