Ok, here is the rendered model: 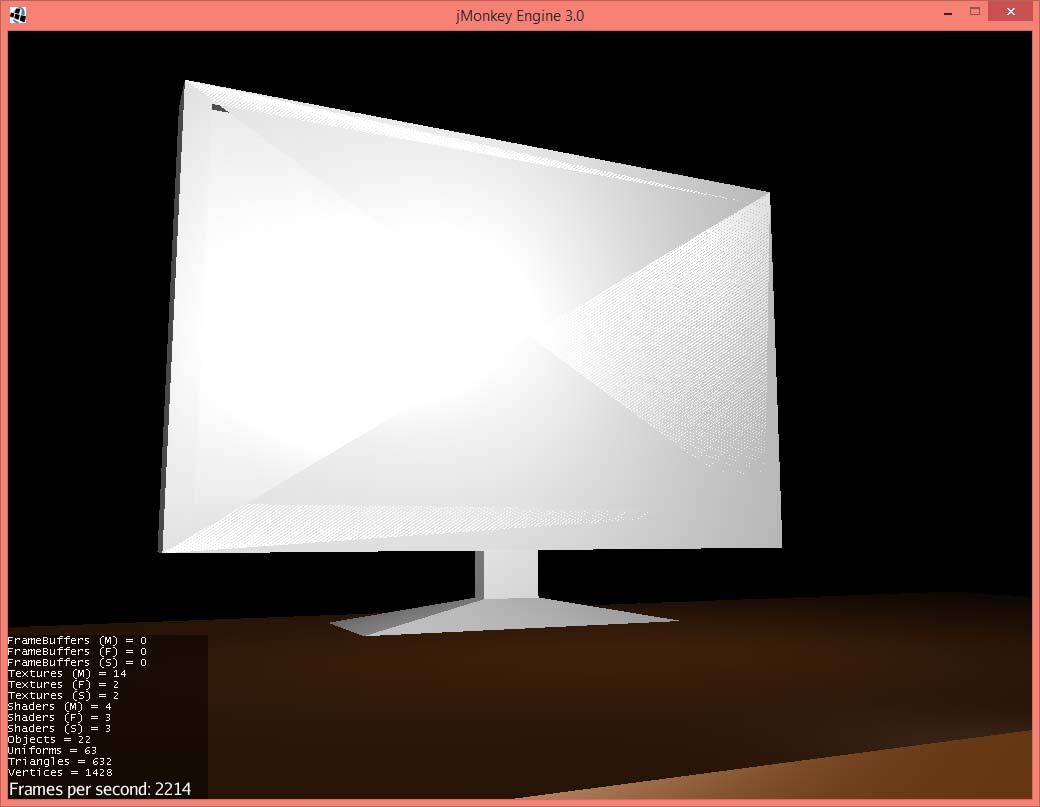 How should it look? What is the problem? Sorry, my crystal ball felt down last week.

Yes, it’s a monitor but in the center there is a kind of “X ghost” instead of flat color i see in blender…

It looks like there might be Z-fighting between the monitor and its screen or something. Only you know what your geometry is and what it’s supposed to look like, though.

I’ve fixed that problem. It looks like that jmonkey renderer does not like too much “complex faces” (even for blender doesn’t matter) that aren’t one of the following types: triangle, quad or trapezoid. So, i’ve removed some edges and created some others to obtain simpler geometry.