I’m detecting whether a spatial is on-screen with the following code:

The trouble is that the BoundingBox (surrounding the irregularly shaped spatial) isn’t tight, so I get false positives.

For example, here the spatial is correctly reported as being on screen (BoundingBox shown in red): 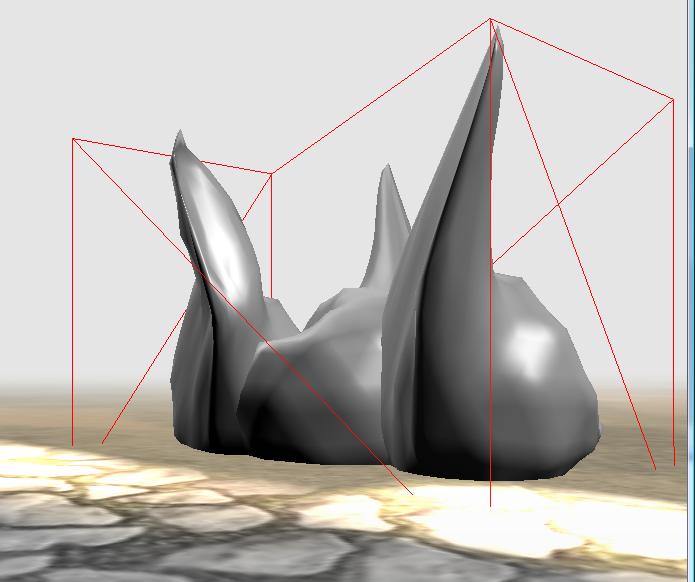 And here the same spatial is incorrectly still reported as being on screen: 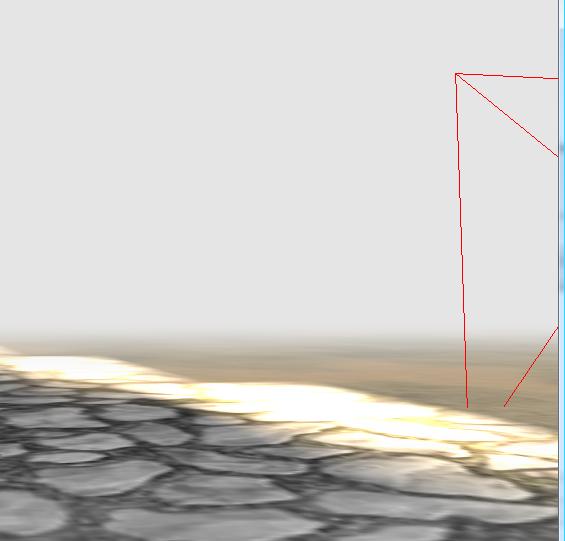 I really need it to be accurate. I know I can make a tight CollisionShape using the physics system, but how would I convert that to a BoundingVolume to use with cam.contains() ? And I didn’t feel I could use a ray, because I won’t know which point on the spatial to fire it at…

It’s not a trivial operation, doing collisions. You could use a physics mesh collision shape for the model and set up collision planes along the view frustum.

@phate666 said:
This could be easily done with occlusion queries, but the devs have no interest in adding them to the engine...


Anyone is welcome to add and submit features. All devs are unpaid and have to set priorities for these items.
Sploreg May 31, 2012, 5:02pm #4

The patch wasn’t complete enough to include into core. It just needs some work. If you open up a new thread (or re-open the previous one) you could work with @Momoko_Fan and @nehon to get it solid enough to put into core.

Thanks @Sploreg. SO, leaving the discussion on occlusion queries to one side for the moment… Here’s the solution I’m trying to implement:

[java]// Take the vector from the camera to the frustum far’s center, rotate it by FOV/2 degrees to get the right side of the frustum

Sorry for all the spam, I’ve got there now.

Here’s the code for future reference:

Can I ask why it’s so important you know this? There may be a simpler way to achieve the end result.

Thanks @zarch , yes this isn’t a very elegant solution.

The JMonkey app creates an animation, exported a frame by frame to form a video. It’s for use in a scientific experiment - we’ll be scanning the brains of volunteers while they watch the videos! I need to know exactly what’s in each frame as it’ll be correlated against their brain activity. The motion is complex and irregular, so is custom implemented with rules in the simpleupdate() method rather than using cinematics.

So… Any simpler way of accurately knowing what’s in each frame?

One idea that occurred to me:

Since frame rate isn’t a problem you could run your rendering twice.

The first time set each object to unshaded with a different colour.

Then its just a matter of looking at what colours are present that frame.

Then put your normal materials in and record the video for your test subjects to watch.

Stage 2: analyse renderings to see what objects were present each frame

You would need to be careful to synch the two runs to make sure everything happened at the same speed but that should be reasonably straightforward.

Thanks, I think that’s a clever suggestion. But I do wonder if there’s a simpler approach. The rendering engine must know what it’s rendering in a frame, so presumably there’s scope for me to add a listener hook somewhere…?

The problem is that the fine detail determination of that is done inside the graphics card. The bounding box is just used to do the initial rough culling.

There is a way in Open GL of getting flags to be rendered into buffers (like z buffer but different) - http://en.wikibooks.org/wiki/OpenGL_Programming/Stencil_buffer. That would be ideal if possible as you could still do it all in one render step and then just check the stencil buffer afterwards to see what objects were rendered.

I don’t know if/how/etc JME3 lets you interact with that though, you’d need someone with more experience than me in this area to comment as to be honest we’re right at the edge of what I know about

Generally this would be done with opengl occlusion queries which give you a “visible pixel count” for each mesh rendered. Unfortunately jme3 doesnt support it out of the box since its only used for very specific circumstances such as yours. There was however a patch posted on the forum that enabled this feature but I am not sure about how easy it is to use

@phate666 and @Momoko_Fan @zarch - I think this will be very helpful when eventually implemented.

EDIT: Finally resolved this below

I now have a ray pointing where I want, along the right of the camera frustum:

And I have a physics mesh for the spatial:

As CollisionShape doesn’t implement Collidable, how can I manually collide them? Looking at the JME code, it seems that even if I set up the Spatial up with a RigidbodyControl initialized with the CollisionShape, the ray.collidewith() method can only use a BoundingVolume…

OK it’s done. The above was achieved by adding each spatial to the physics space (which I was trying to avoid to save memory, but never mind) using a GhostControl for each.

So here’s my pseudocode for the whole thing:

You may be able to intersect with a plane to improve on that side of things… Could even define 4 planes, one for each side of the screen.

@zarch said:
You may be able to intersect with a plane to improve on that side of things... Could even define 4 planes, one for each side of the screen.

I simplified the solution by casting a grid of rays across the whole frustum.

Hi peterz,
Seems like I’m looking at the exact same problem. Can you share your solution, the code for accurately determining on screen spatials? Cheers