[SOLVED] Show the outline of a cube

I wish to show the outline of a cube. When I create a box and set it to show its wireframe it looks like this:

What is the best way to achieving this effect?

Create a material and assign a cube.

@AdiDOS That’s literally what he already did I believe.

He looks like that, but it’s not what he wants. 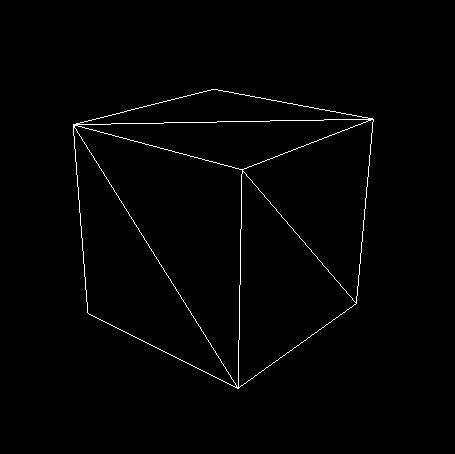 Yes, but WireBox WILL do what he wants… as MoffKalast already said.

Thank you. WireBox was what I was looking for.

btw there’s wiresphere as well, great. And I was using setMode(Mesh.Mode.Points) along with setLineWidth (which I believe is deprecated in 3.1), lol