[SOLVED] Why is depth map information different from calculated? 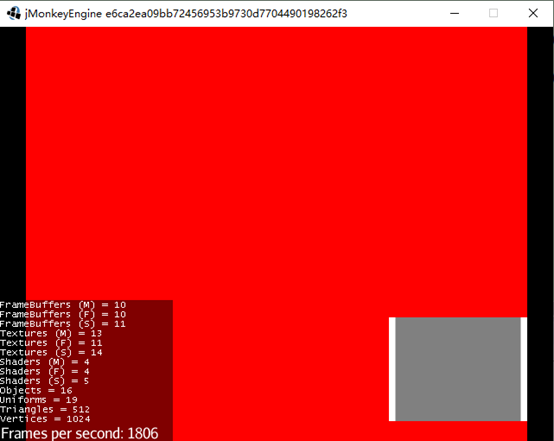 I wonder why they are different.

The depth buffer does not hold direct z values like you think.

Getting the true z value from the depth buffer

Or look at almost any of the post processing filters.

Edit: Also in this article you can scroll down to the section “Depth value precision”:
https://learnopengl.com/Advanced-OpenGL/Depth-testing

The depth buffer does not hold direct z values like you think.

What are near and far?

Edit: for what it’s worth, every time I’ve used the depth values for meaningful things they have been accurate. But I used resources similar to what is described on my first link to derive real Z.

…as mentioned, you can also look at the JME post-processors.

What are near and far?

…as mentioned, you can also look at the JME post-processors.

now, my code of shader is following :

Note that the code you have is for calculating the real z value… 1 to 1000 or whatever. I don’t think frag color is going to tell you anything better than 1.0.

What are you actually trying to do in the end?

What are you actually trying to do in the end?

I want to get two Z-buffers, one from the CPU and one from the shader. The z-buffer calculated by the shader I get by float depth = getDepth(m_DepthTexture, texCoord).r;. CPU calculated by camera.getScreenCoordinates().getZ() to get. And then compare them, and theoretically at one point they should have the same value

Hmmm… that doesn’t sound like a very interesting game.

I assume you actually want to DO something with that.

Anyway, the relationship between the “view space” Z that getScreenCoordinates() provide and the getDepth() in the shader requires some additional transform and I don’t remember exactly what it is.

…but note the Z you get in shader from the math you’ve included is “actual meters from eyeball”.

…but note the Z you get in shader from the math you’ve included is “actual meters from eyeball”.

I set the depth to a fixed value, then read it, and I find that it is no longer the fixed value I set. For example：
code of the frag shader:

I implemented a simple compute shader and then sent the Pass rendered image to the shader.

Then I get the depth value through the compute shader:

but depth = 0.5019608. I think he “view space” Z that getScreenCoordinates() provide and the getDepth() in the shader are equivalent, but what I don’t understand is I put in a fixed value and then I take it out and it changes.

So you are saying, regardless of anything else… you set a color and then get out a different color?

So you are saying, regardless of anything else… you set a color and then get out a different color?

yes, I initially thought it was a conversion, but found that a fixed value has different results. I guess the image format is not correct (I set RGBA8). I’m not clear about this knowledge.

Normally color in = color out.

…unless you are out of the 0…1 range OR you have gamma correction turning linear color back to srgb.

Edit: but note that one byte does not provide a lot of precision.

How many floating-point math ops on the values in that shader?

The difference that you are seeing is on the order of (1 * 2^-7) of the value, which could be accounted for by floating point errors - including conversion from and to decimal.

I’m feeling a little dim here. I just realized that you are using a texture that only has 8 bits per component. You are running into rounding errors.

You are running into rounding errors.

Can you explain in detail why this is happening?

I’m probably not the right person to try to explain it all. I’ll try to give a simple one for the basic 8-bit version:

For floating point, the details are a little more convoluted, but the essence is the same: Computers use the bits in memory as fingers to count on, and they only have so many fingers.

You need to keep in mind that this is not a mistake or malfunction on the part of the computer or the program. It’s just how numbers in memory are.

For further study, look up “floating point precision”. I don’t really have a recommended reading list, because my own understanding was put together a bit at a time.