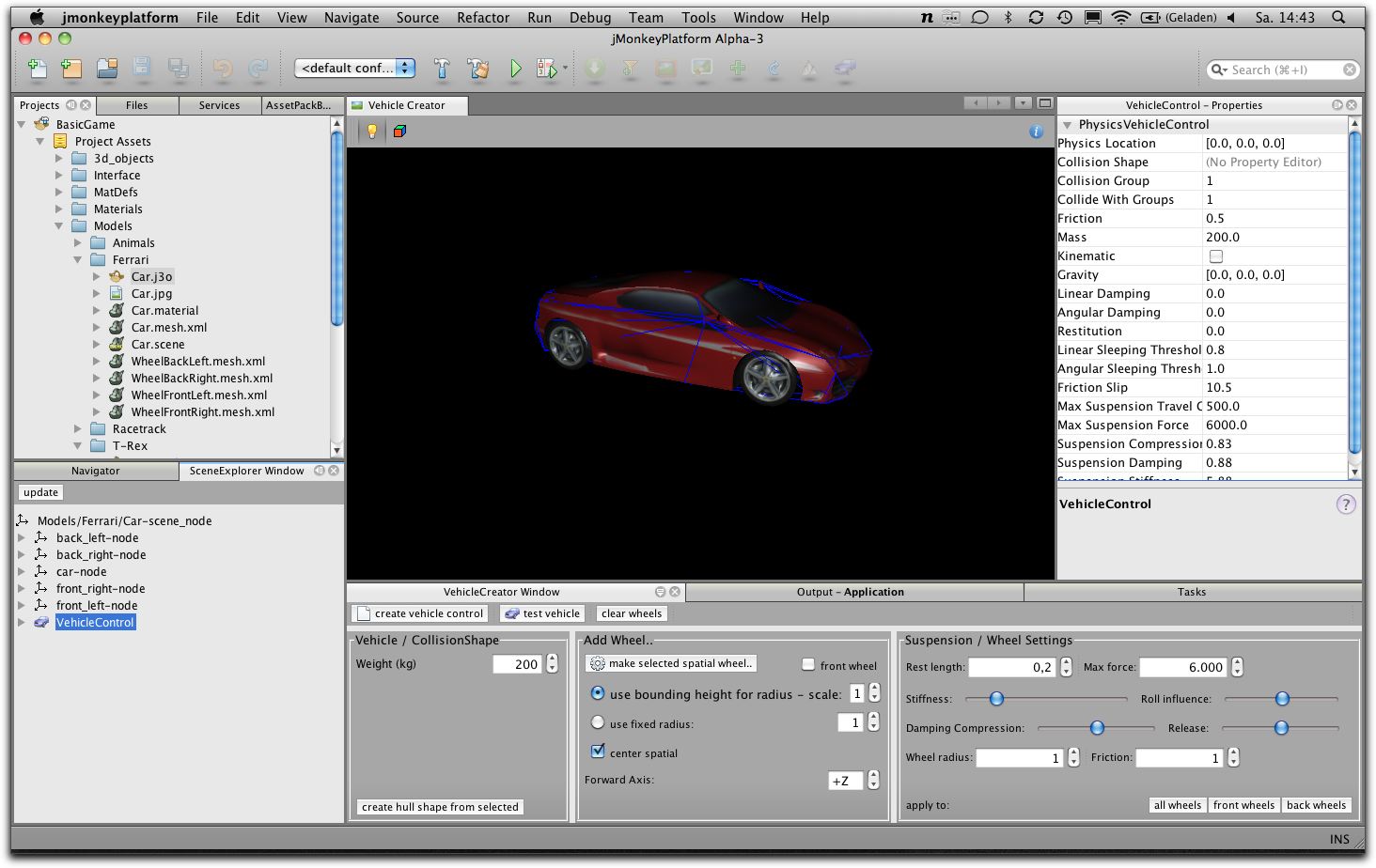 I’m going to try this when it’s in the nightly build.

A first version is available through the update center with a basic testing track for the vehicle, work in progress! 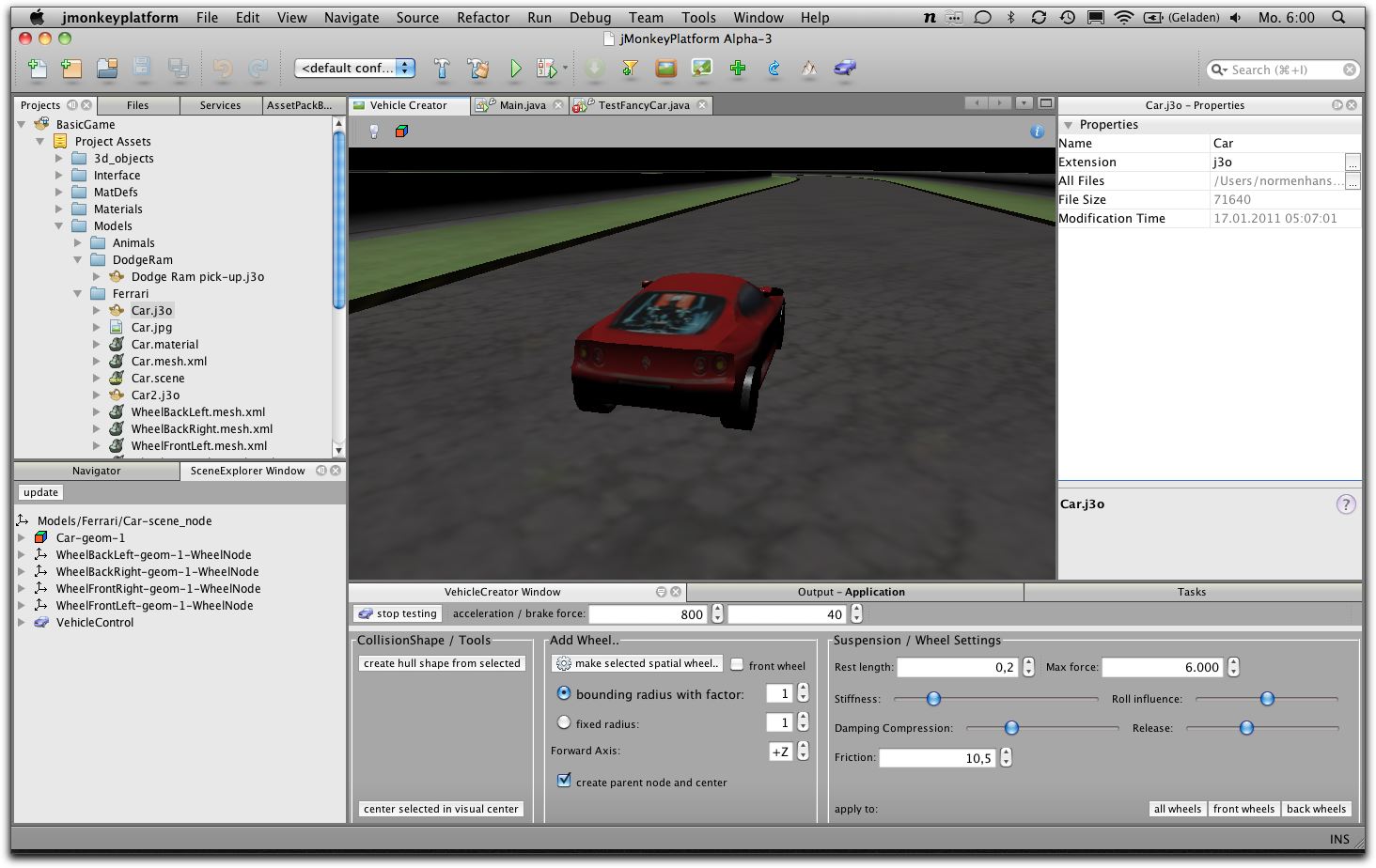 Best results when car is facing in z direction (towards you)

This should go inside of Terramonkey

It’s a recommendation / request. Troubleshooting sounds that it is intended only for technical questions.

But if this is the right area, feel free to move it to that area or tell me how to do it.

i get this when i trie to edit a vehicle:[java]java.lang.NullPointerException

[/java]am I doing something wrong?

it’s a scene containing a car model and 4 wheel models.

Are they linked nodes by any chance?

no, they are all added to the scene, not linked

Does that happen also when you open a new empty scene with the vehicle editor?

No idea, the stacktrace is not particularly helpful

Ok, found it, it was an outdated j3o for the raceway

I need to try this some time

is there a way to add the wheels without them being moved to a random position?

The positon is not random but based on the center of the BoundingVolume of the selected Spatial. Please make more specific bugreports, did you try not to select the “make node and center” checkbox?

yes, and it does exactely the same

and when i try to test my car, it starts bouncing.

sorry for all of this posts, but i can’t find the solitions to this problems here.

This is a really cool tool normen

Any idea of when there will be an update / sample for using a created vehicle with jME?