Working really hard at my unnamed maze game, and it’s come a very long way since I posted it in the April 2021 WIP Thread. 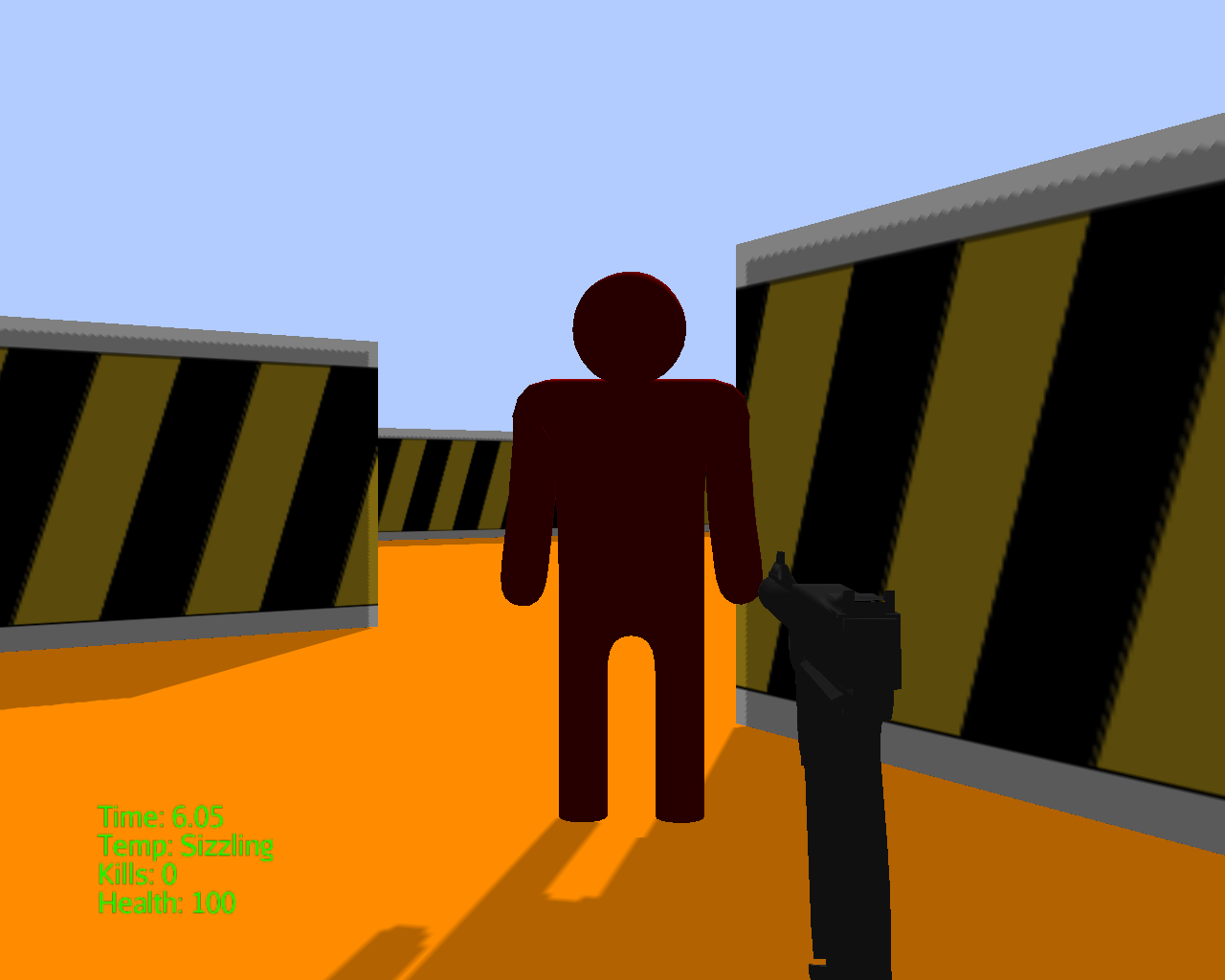 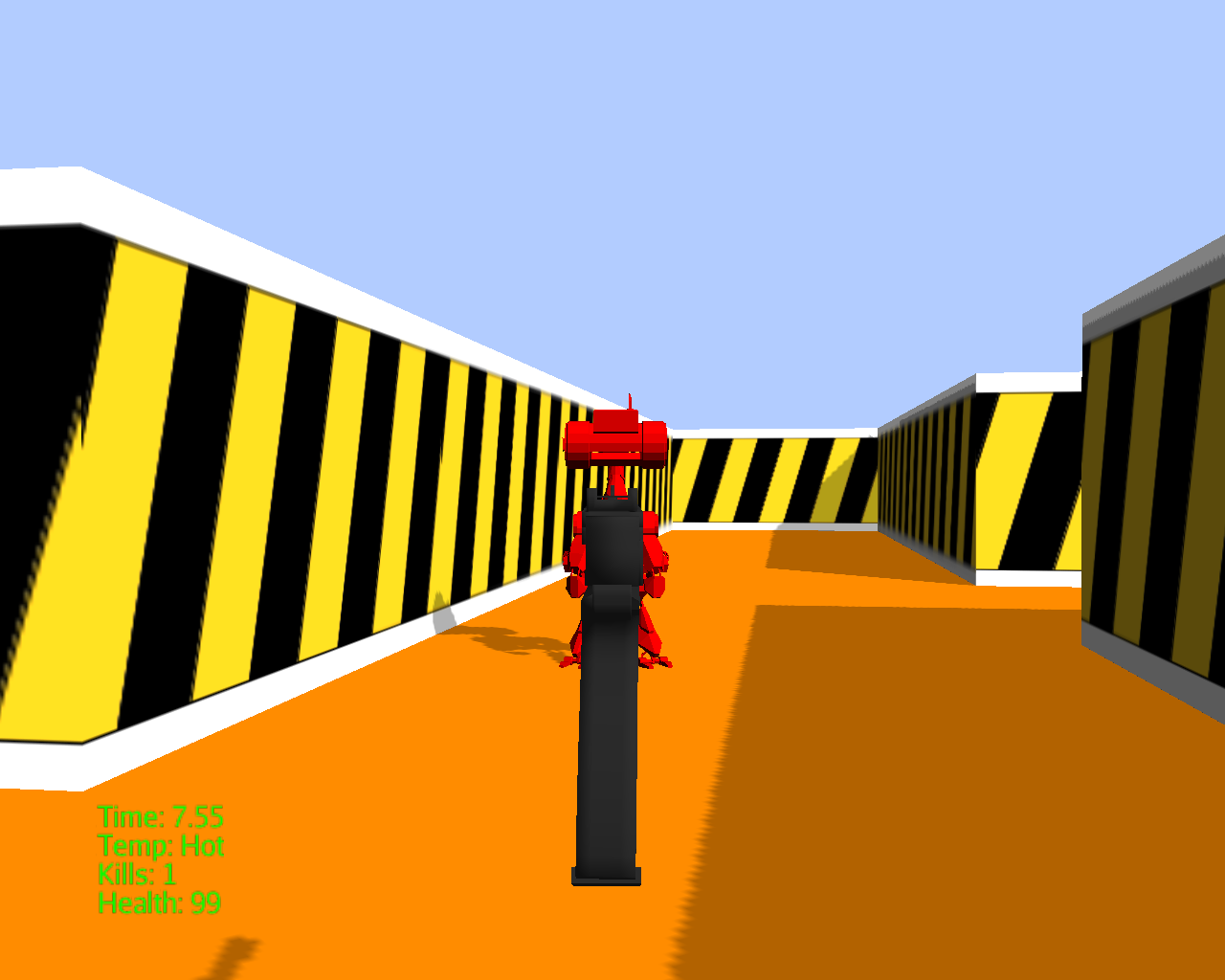 WIP features (not functioning or just an idea):

I hope to release an alpha version soon (or beta, if I can get a menu up).

I appreciate any thoughts on my updates/bugs (though I’m not expecting too much, since nobody can actually play the game). 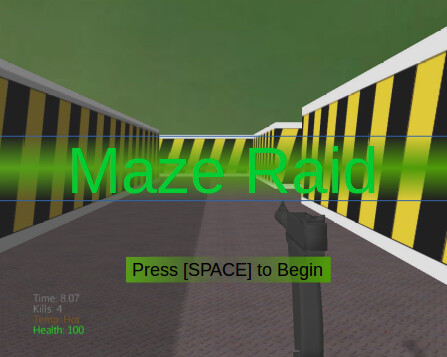 I still have yet to win the latest version 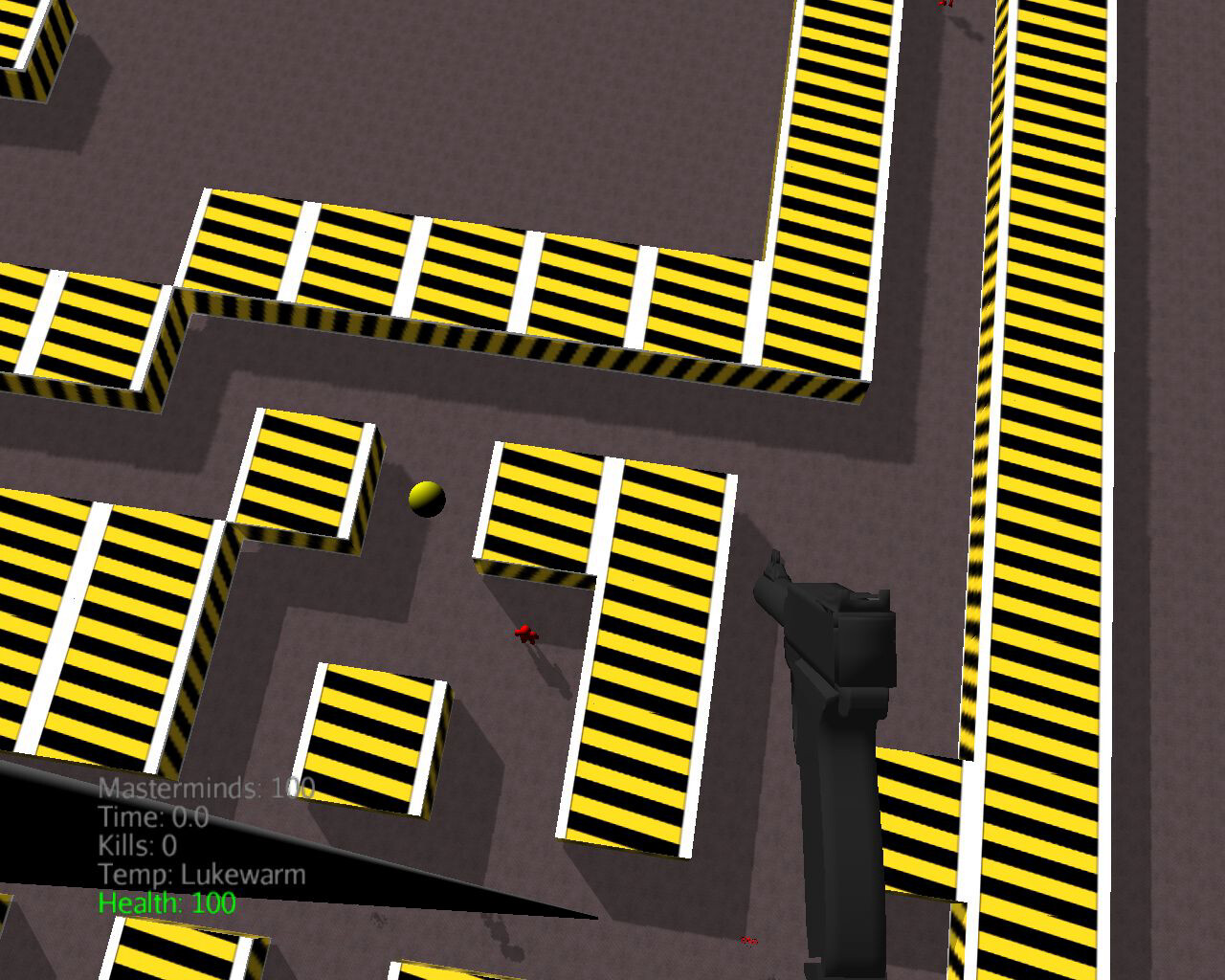 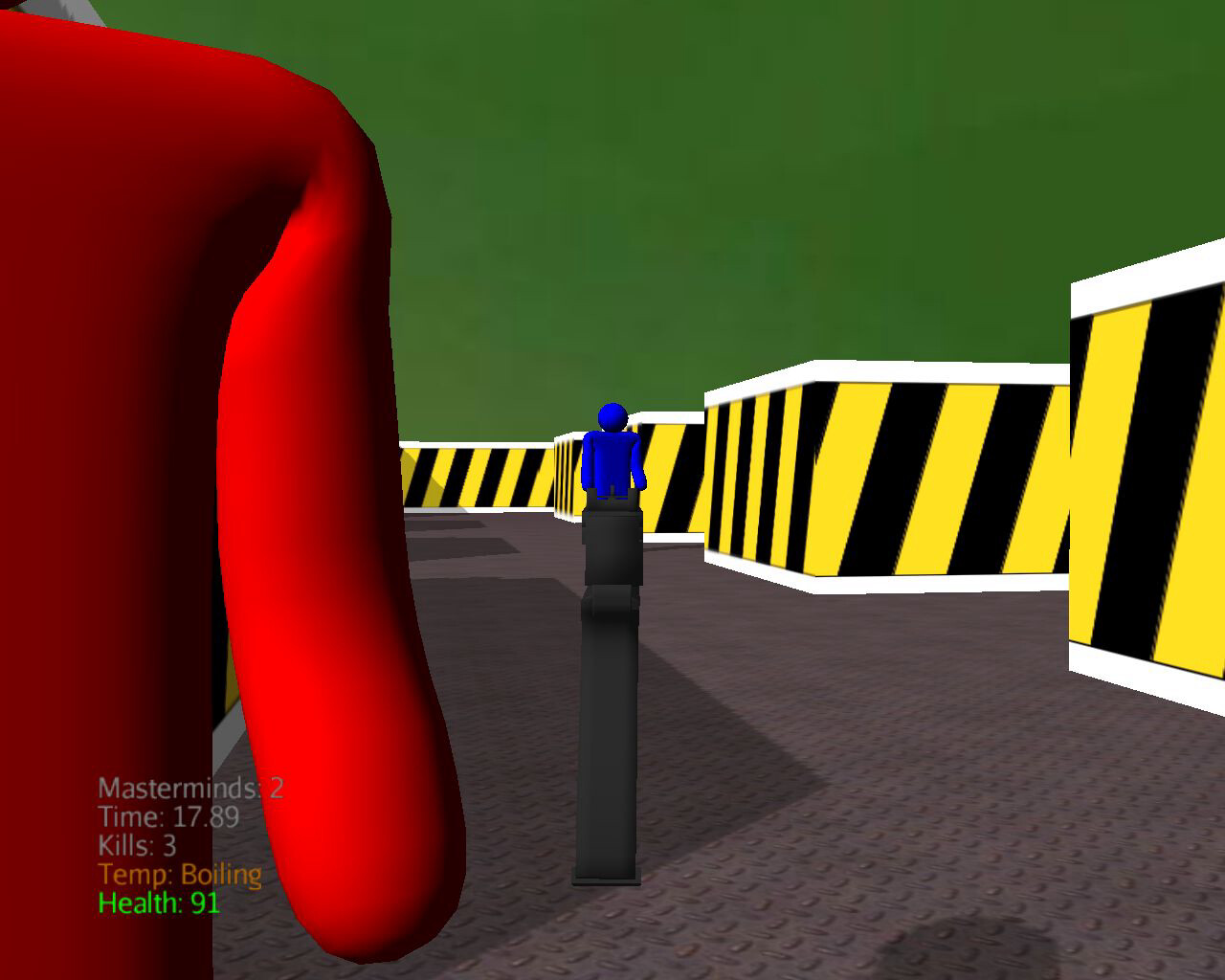 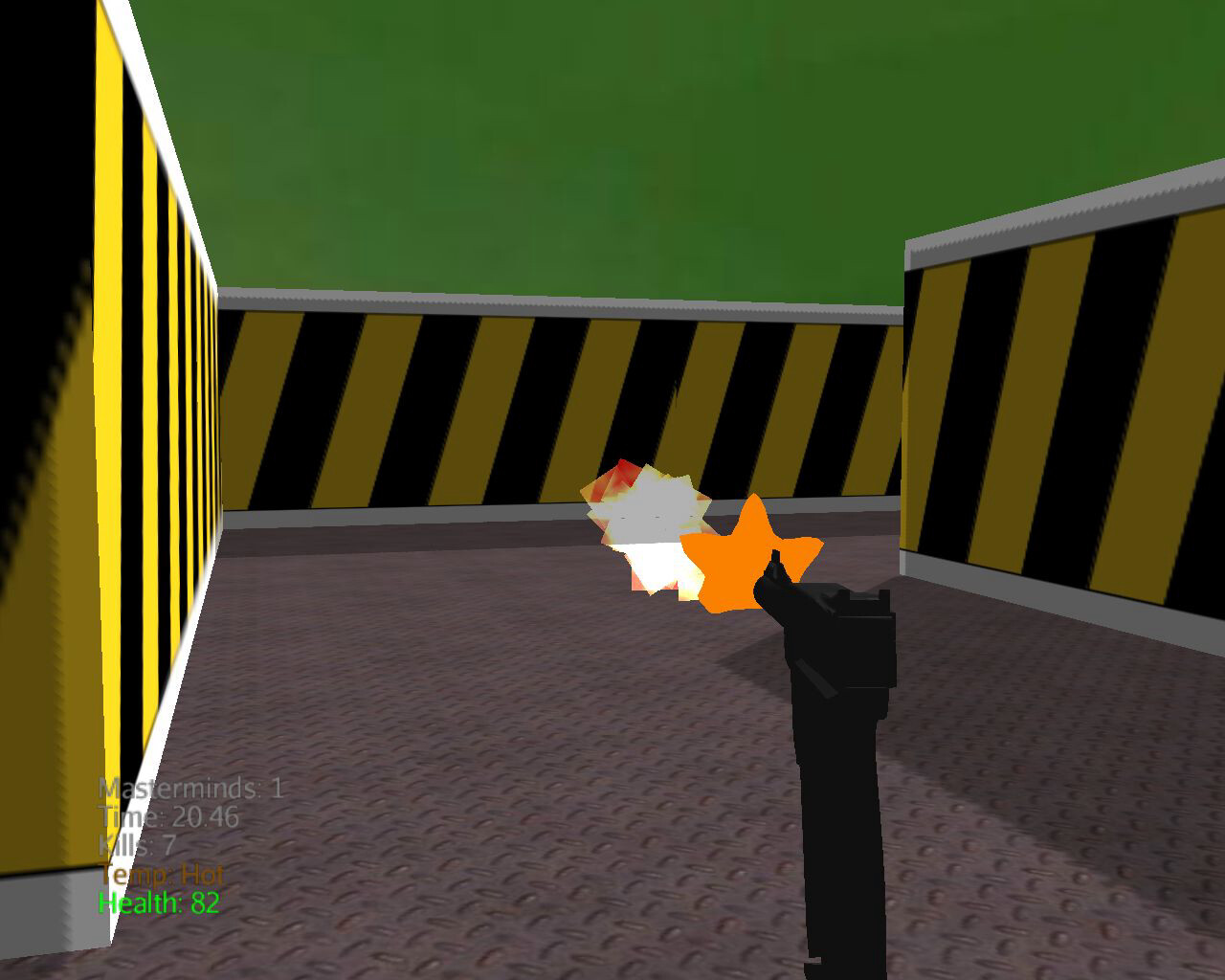 Looking pretty good!
That said, I’m not sure either “Maze Raid” or “Maze Assassin” really works. There’s just something about the first word that doesn’t quite work.

The word “maze” really does leave much to be desired. It’s not nearly exciting enough to match the game.

Do you have any suggestions?

My first instinct was to look at the thesaurus. Labyrinth and Web both seem to have a more “grandiose” feel to them than “Maze,” but they don’t quite work for substitutions. Perhaps an “A of B” format would work here.
(Also, both of them feel less action-packed like “Die Hard” and more shadowy and mysterious. Granted, that fits in pretty well with “Assassin,” but I don’t get the feeling that you’re making a stealth game here).

A very good word would be “zone” and some of its synonyms because it sounds very exciting and it describes the white and black stripes very well.

Also the word “bad” is a running theme in the game, because all the enemies (excluding mastermind) are prefixed with “bad” (Badguy, Badbot, Badcopter, etc). 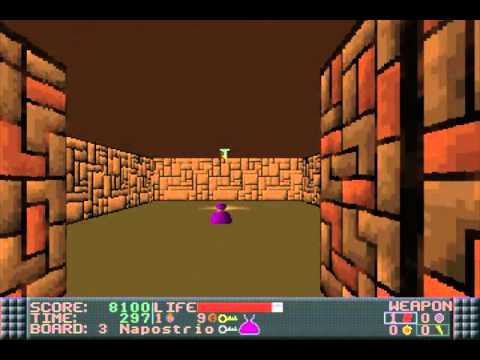 (Badzone has a bunch of hits.)

Due to the nature of the game, “codex’s labyrinth” wouldn’t fit. Besides saying “codex’s” is a bit of a mouthful (co-dex-es is 3 syllables and follows an ‘x’ sound with an ‘s’ sound).

On the other hand, “ken’s” is a single syllable.

Thanks for the suggestion anyway!

The Unconstrained Zone or Maze : for being limitless in maze forms.

The Unconstrained Territory : a possible synonym for maze

Never-ending Shooting Range : for being like a mazed shooting range.

What’s the game play loop like? It’s not clear necessarily what the player does from moment to moment in the screen shots.

You drop from a helicopter into a randomly generated maze. Your goal is to kill all the Masterminds, then make your way to the pickup point where you get picked up by helicopter again.

The Masterminds continually spawn enemies. Enemies (except Mastermind) walk straight toward you, and if you’re too close, they will damage you.

The play area itself is single-storied (no upper/lower fields).

The mood of the game can differ between frantically shooting swarms of enemies and sneaking around sniping enemies. I’d say that it is slightly nerve-racking because you never know when there’s an enemy sneaking up behind you.

There isn’t yet a solid theme or story.

As for keywords, here’s a few:

What are the enemy types? Depending on what they are, and where the theme goes for your game, you could consider names like Zombie Zone, or Undead Labrnyth.
Unless the enemies are more alive in which case I like the key words you’ve come up with like Assassin. Edit: I missed the part of your previous post where you said they are called “bad” like badBot and badCopter, so nevermind my point about names relating to dead enemies. Maybe some robot/tech related words like “mech” “AI” or “robo” could spark some ideas though.

If you’re struggling to pick the perfect name, it never hurts to just go with one as a placeholder for now, and as you further develop the theme and new key features, you may stumble upon an even better name.

I started off calling my game “mystical woods” because all i knew was that it would have magic and forests lol, but eventually came up with a much better name after adding some key features that did not exist yet when I initially chose the placeholder name.