How do you position a gun then place a hand on the handle, or vise versa? It seems like that would be difficult because of kick, aiming, and small hand movements. Besides that, it’d change depending on the gun. A rifle needs a hand on the front, but a pistol doesn’t.

I donot know what they do in Triple A Games, I am seeking for the answer too.

In most indie games like Roblox & Phantom forces, they model the hand to be box shaped(with no fingers), with a custom texture to simulate the fingers, so that you can literally place in thing in this box like : hand guns, knives, rifles, etc 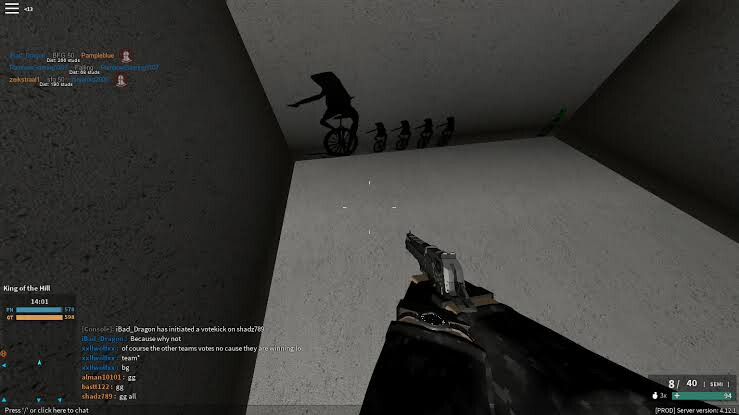 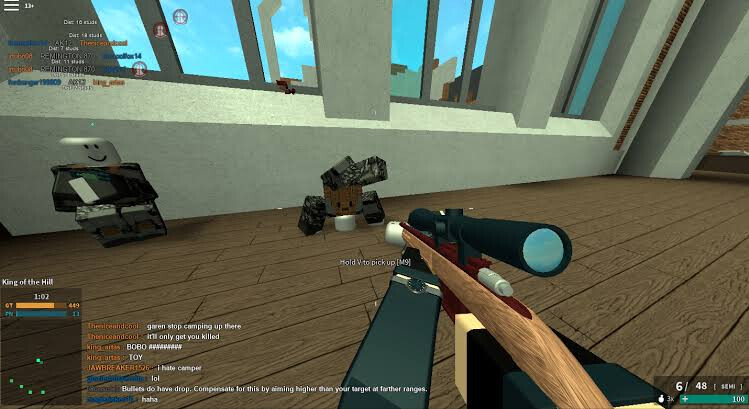 Interesting. I’m not a big fan of box-hands tho. That might be fine with roblox (since it is blocky, hence the name), but my game is smooth.

Is it ok to model the hands onto the gun?

BTW, what are Triple A Games?

what are Triple A Games?

AAA (pronounced and sometimes written Triple-A) is an informal classification used for video games produced and distributed by a mid-sized or major publisher, typically having higher development and marketing budgets. In the mid 2010s, the term "AAA+" began to be used to describe AAA type games that generated additional revenue over time in a similar fashion to MMOs by using software as a service (SaaS) methods, such as season passes or expansion packs. The similar construction "III" (Triple-I)...

Is it ok to model the hands onto the gun?

I think, it would be better not to, because you might want to display that same gun model in a shop or inventory for example, that would look better if it’s only gun.

The idea of box hand has simplified everything, you can use a hand texture to simulate the hand, because if you have a handed model, then you would consider things like hand movement, gestures, animations of the trigger & the hand,…

NB : in old GTA like GTA Vice city & San Andreas, they use the idea of the boxed hand as well, but more modelled like a cup handle with no gestures & fingers are fused, fingers are raised bevels with textures on them, So I think you better do something like that if you donot prefer full circumferential boxed hands, because it’s less error prone, than modelling a hand, gun trigger with animations & each gun must be of the same handle size & trigger so it fits the man hand…so much work.

How do you position a gun then place a hand on the handle, or vise versa?

I would use attachment nodes to attach the gun to the player’s hand, then in order to make sure that it is attached at the right place matching both hands, you would need to create a grip animation with that specific gun (or gun type/size) in mind.

I’ve noticed lots of FPS will have 4-5 different animations for gripping a gun, and then depending on the gun size, and type, the appropriate animation is chosen. If a new gun doesn’t fit any if your existent grips, you should be able to copy/paste and edit the current grip animation fairly easy to make a new grip anim that matches the new gun.

You can also ensure that the gun perfectly matches its animation by importing the gun into an editor like blender when you are creating the grip animation, then just detach the gun when you export the model, and then re-attach it dynamically in game using attachment nodes.

You also don’t need to create full-body grip animations if you use armature masks (for new anim system) or animChannels (for the old system) for the arms so the model can independently play any gun-gripping animation with its hands and arms while the rest of the body is walking / running / standing etc.

I would just use a different model for each weapon with the hand included.

Model and rig the hand in blender then paste it in each weapon model and set the pose/animation the way it works best for that weapon, export both together in the same file.
Why complicate it? Unless your game uses very similar weapons you’d still need one pose per gun.