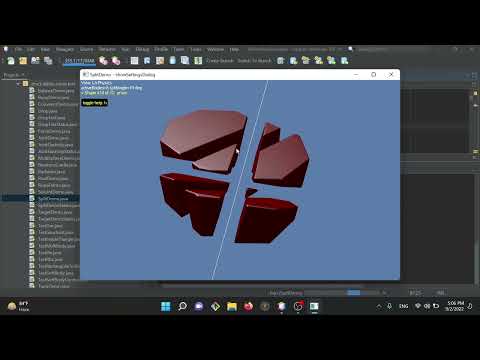 Is this a built-in feature on bullet physics or you are developing it from scratch?

Edit:
Oops! never mind, re-reading your other post I got my answer

Thanks for the suggestion. A few years ago, I did some work along these lines to amputate animated models. Based on my experience, I think the Minie portion would be quite easy. The hard part would be splitting the JMonkeyEngine meshes into fracture groups. Once you have those, you can easily generate new physics objects. I’ve been working towards splitting meshes. Already, the “Maud” application has a method to split meshes based on connectivity. I imagine that gets me about 1/4 of the way to…

Oh, that reminds me of this thread

Hi @sgold I have a suggestion for the Minie physics library.

It would be nice to add support for object destruction & runtime fragmentation. For example, see this video. (of course, no need to be advanced like this, a very simple and bare bone system would be enough) [Awesome Super REALISTIC DESTRUCTION! (Add it in 5 MINUTES!)] Kind Regards

Cool that you are making progress on this. I personally never got around to cleanup and release my fracturing code.

thats really nice and required feature for many more-advanced games

Is this a built-in feature on bullet physics or you are developing it from scratch?

Splitting isn’t built into Bullet. However, I hope to leverage many of Bullet’s computational-geometry algorithms. For instance:

Splitting JME meshes seems like a logical next step, but that’s not something I’m working on right now. 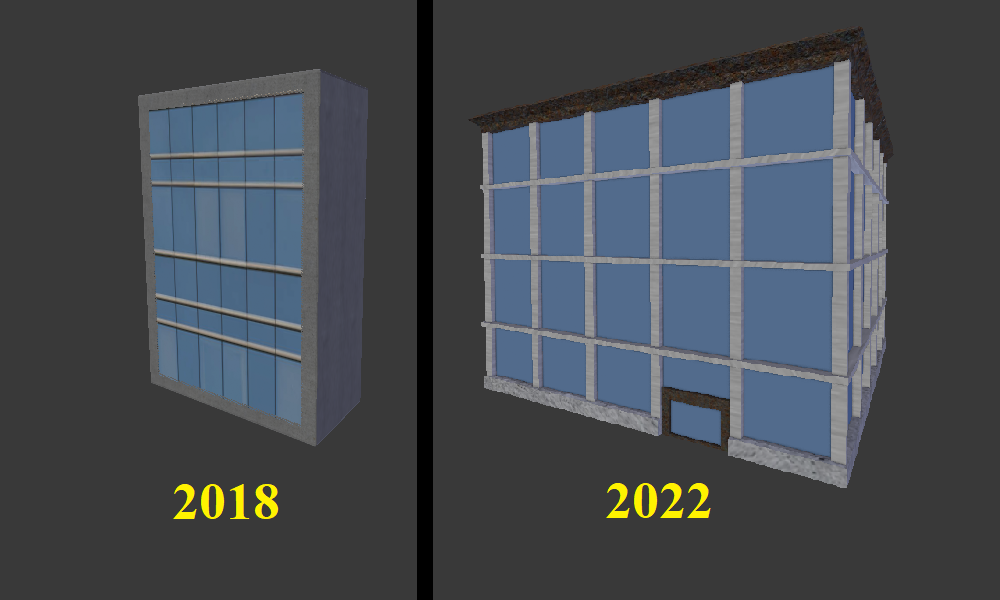 Don’t mind me. Just improving my model and texture.

In last night’s live stream (Mythruna - Coding - UI Styling - YouTube), I started restyling Mythruna’s UI to not use the default Lemur glass style. I spent a couple hours today tweaking it and filling in some of the gaps not finished last night. This is not its permanent style but is closer to the theme of the game:
https://i.imgur.com/z0UMd53.png
(the real style will be more diegitic/skeuomorphic with animated books, papers, machines, etc.)

Then today I was back to work on the “property” support where players can own zones of the land and control who can/can’t edit… it’s the one big missing piece from the old engine that is really necessary for opening up my game server “for real”.

Here we see a claim area rendered with its main marker and corner markers: 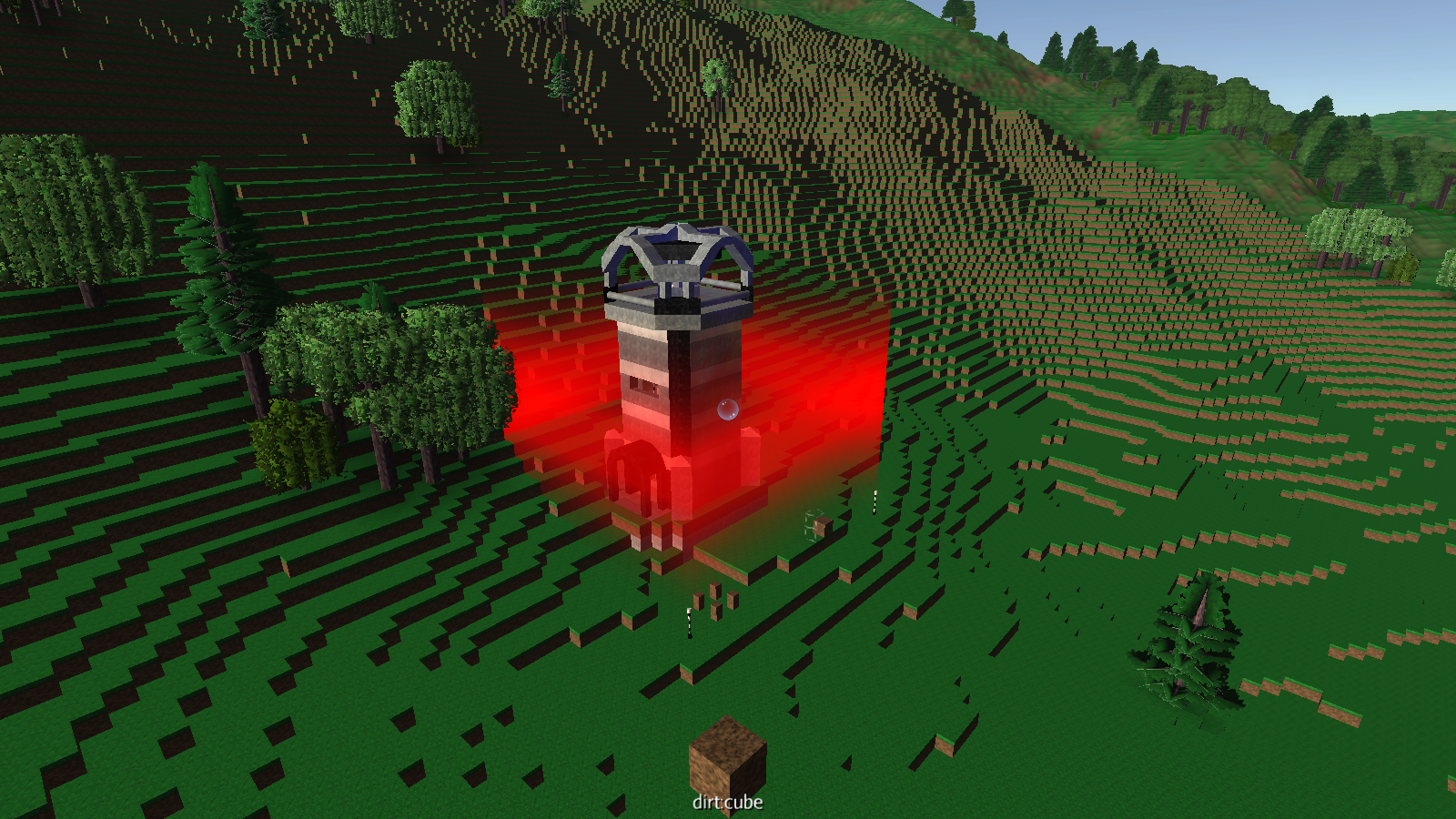 This interface will be able to be toggled on/off in the property management UI. I still need to make that UI and make it so that moving the corner markers updates the area, etc… Lots to do yet but at least the world has claim entities, markers, and so on now.

Can you explain more about the “property” entity? Does it exclusive to lands or other things can also be property? (e.g. houses, items,…)

Yeah, it’s like old Mythruna. You can place down different kinds of property like “stronghold”, “town”, etc. that have been granted you. (You get one property by default.) They basically mark a portion of the world as “yours” and others cannot edit blocks or move objects there unless you give them permission.

And for towns/cities, you can give out subplots for people to make houses.

Don’t mind me. Just sneaking into the boss’s lair.

Finally found some time to make a nicer demo scene and record a video of my Sonar implementation from the other thread. Now to find the time and will to write a post processing tutorial about it.

@grizeldi If I may suggest an improvement. When the walls are at a right angle (90 degrees) you could avoid drawing the effect. It distracts from the general effect of the propagating circles.

Also it doesn’t make much sense functionally on right angle walls either.

Great job by the way.

A new Minie demo uses a sweep test to detect collisions between rigid bodies and an animated saber. 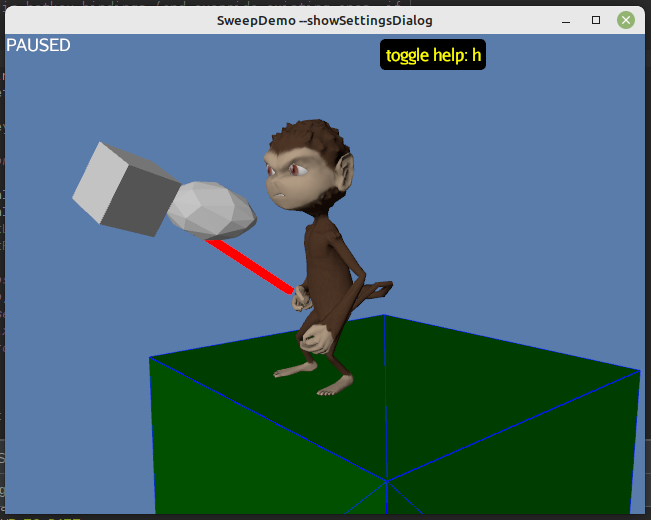 The effect is purely based on the distance of a point from the world origin, so in more natural and less orthogonal scenes, what appears is often not circles at all. So I don’t think it’s a problem, if it looks a little weird on surfaces that are perfectly orthogonal to the circles’ normals.

working on this room: 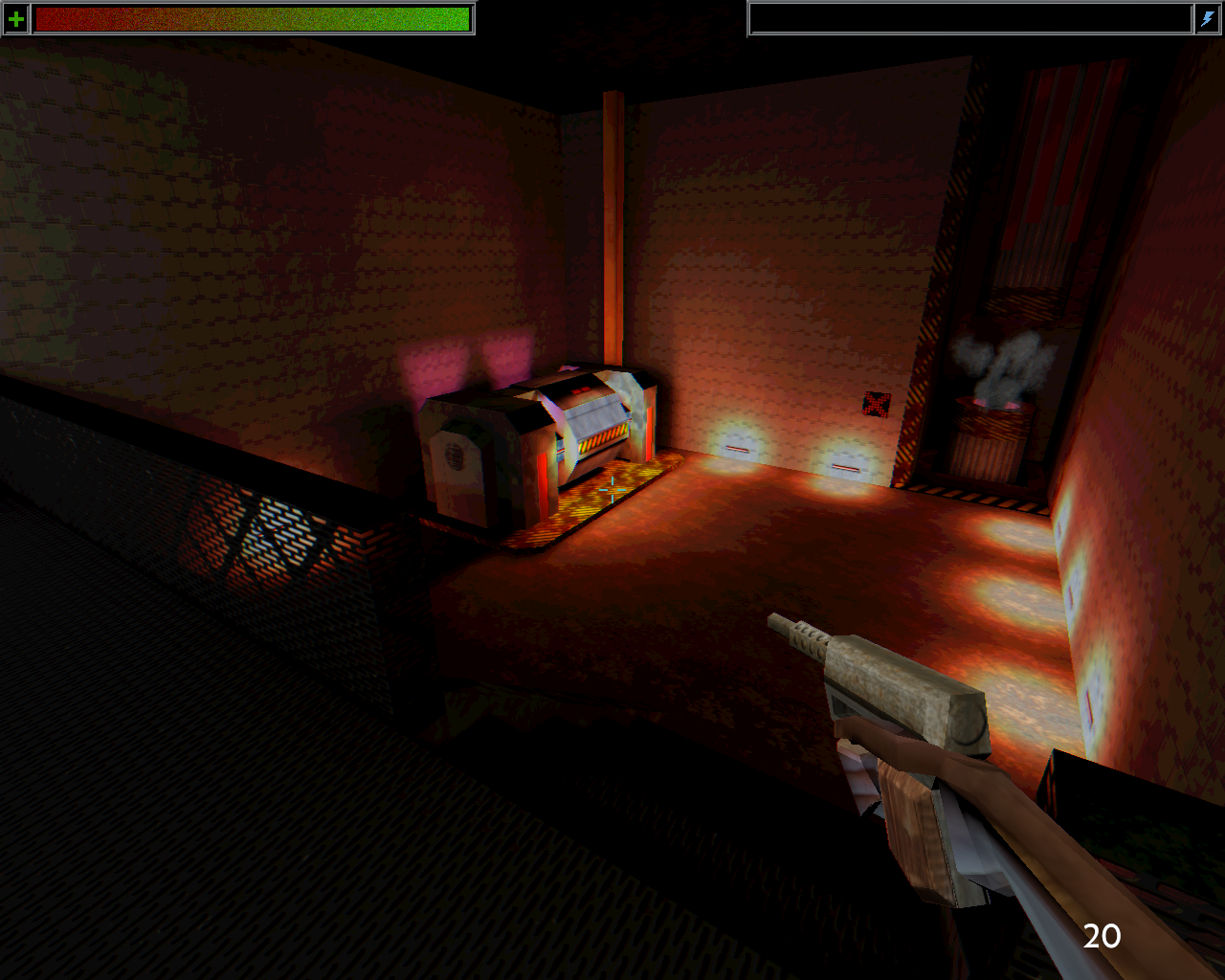 If you want it to be more realistic, make the gun tip move up a bit. If going for animation (instead of realistic) then it is very nice.