Hi friends
In this tutorial I am going to get a free human 3d model from http://www.cadnav.com/3d-models/model-22718.html
then going to rig and animate it in https://www.mixamo.com/auto-rigger then going to import it in JME using Blender 2.76

** I apologies if my accent was bad or I pronounced something wrong in videos. You Please Forgive Me . **

*Most of models in CadNav are in 3ds max format so you can skip part 1 if you do not use 3ds max. *

In Part1 we are going to download model from CadNav and convert it in 3ds max to FBX format and import to blender.

Link to material converter plug in for 3ds max : http://www.motivacg.com/en/material-c…

In this part we are going to rig and animate our model in Mixamo.com

Part 3- Import Model to JME
In this video we will import our animated model to JME 3.1

Part 4- Play Animation (Final Result)
In this part we are going to play animation we had applied to our model.

Please ask if you have any question.

These are new tutorials from http://www.gamefromscratch.com/ which demonstrate Mixamo service and how we can use it in blender in more details. 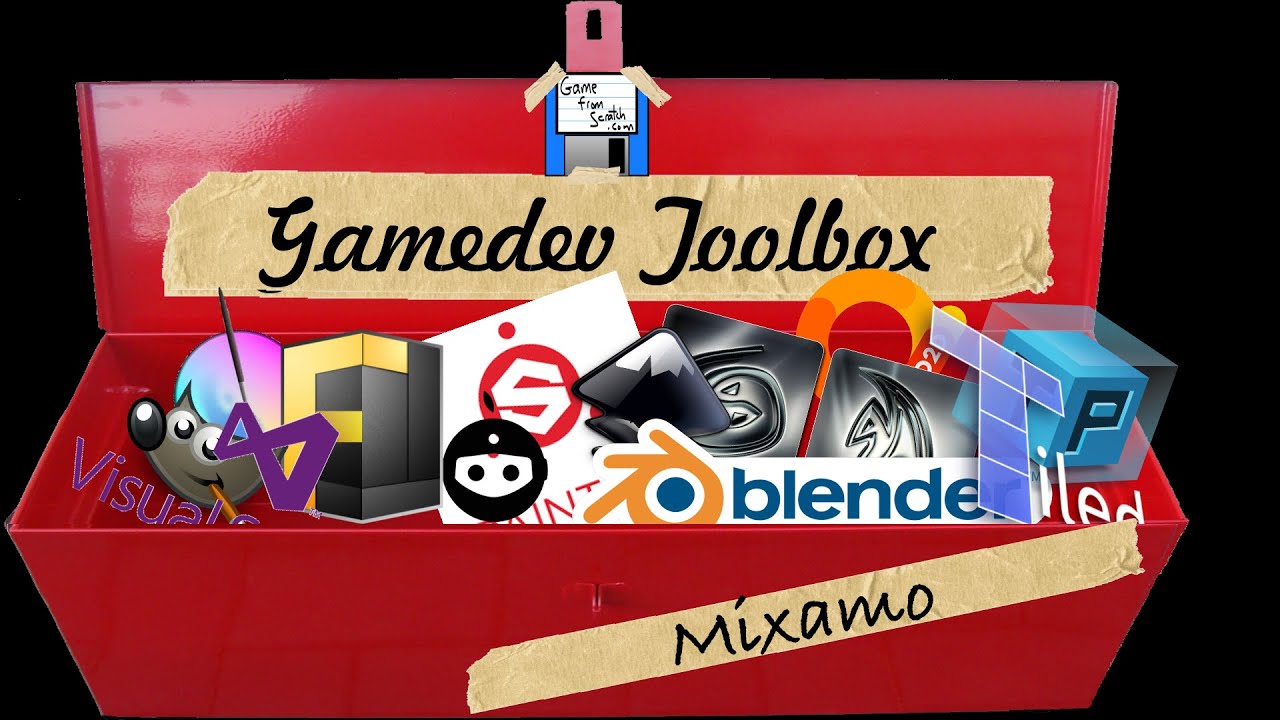 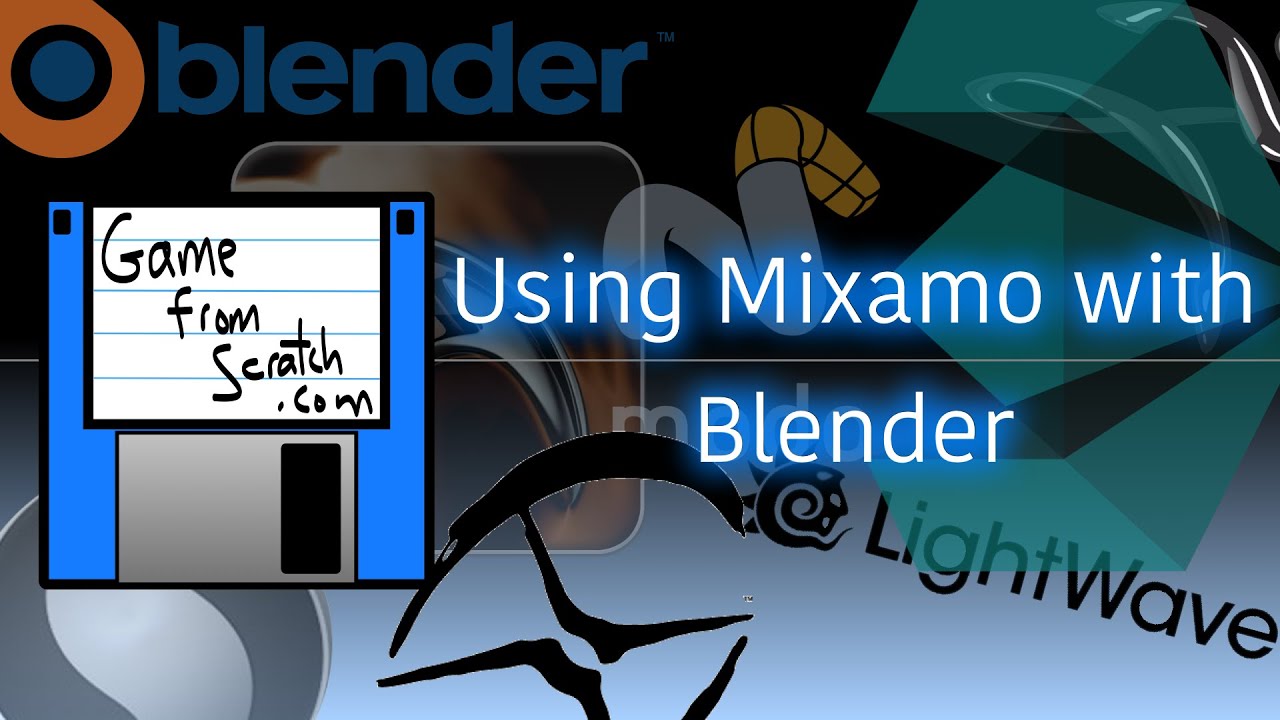 great tutorials mate, we need to see more of this stuff.

What are the licences on the Mixamo models and animations ?

The full Adobe Terms of Use are available online, so please feel free to browse for specific details there.

Mixamo and Fuse are in a limited duration technology preview, and
during that preview they are available for free, with no licensing or
royalty fees, for unlimited commercial or non commercial use.
You can use Fuse, the auto-rigger, characters and animations in any
type of creative project. Adobe retains the rights to our software and
contents, you retain the rights to your designs and are able to monetize
them as you see fit.
You do not have the ability to redistribute or resell Adobe content
(such as the assets that are made in Fuse). So this is very similar to
how it always has been. Your characters/animations must be in an
‘embedded’ project (inside a film, video game, 2D print, 3D print,
etc.). You cannot sell characters/animations directly.

So we can use them freely in our commercial games. and right now all animations and characters are totally free.

I think Mixamo with blender tutorial doesn’t work anymore. Imported mixamo .FBX to Blender like the tutorial will be broken. Tell me if I am wrong. However mixamo .bvh works nicely with makehuman makewalk. But will be broken when imported to jmonkeyengine. If we can use mixamo it must be really nice. Mixamo may really help much. So, please anybody check this out and what probably what we can do wih this…

Yes, i found that checking “Apply Transform” works fine in some models but cause problem in some others. So you need to uncheck it for those models. Other than that I have had no other problem with importing from mixamo to blender.

Did you try .fbx animation to .fbx model with unchecking “apply transform”? The last time I tried it doesn’t play. Or I miss something and didn’t do it correctly?

Did you try .fbx animation to .fbx model with unchecking “apply transform”?

Yes,
Note that when downloading fbx model from mixamo you should download it in T pose.

Note: Use Apply Transform if imported model is stretched in blender
like this:

Also providing some screen shots can help to better debug your problem.

My bad. Now I can play the .fbx . I think I need to play in pose mode. However I still can’t play the animation on jmonkeyengine. What’s probably wrong? And one more if I use my own model from makehuman uploded to maximo, it’s rotated 90 degrees to the front when in blender. About downloading from mixamo in T pose if I did that or not. Let me try again.

However I still can’t play the animation on jmonkeyengine. What’s probably wrong?

Did you played in JME SDK or in code ?
Did you “baked animation” in blender as I showed in video ?
Also applied transform and scale in blender ?

And one more if I use my own model from makehuman uploded to maximo, it’s rotated 90 degrees to the front when in blender.

And finally I would say that yes those videos are not 100% working for every model though. And they are a bit out of date.
There might be some steps that are not mentioned in video back then.
I am currently switched to Xbuf api for importing models to JME and do not use jme blender importer. Xbuf has better support for animations.

I really need to create new tutorial series with Xbuf.

surely you need to create that xbuf tutorial. I wait for that.

Something wrong with later sdk?

May be your models is some how not using an standard rigging or there might be hundreds of reasons. I really can’t tell.

It will help a lot if you provide some log or stack trace.

There were definitely fixes to the blender importer between 3.0 and 3.1. 3.0 is like 3+ years old now or something.

So, yes, it’s possible that “bad” models that accidentally worked before no longer work now or that something new has broken when other things were fixed. On the whole, I guess the blender importer is ‘better’ than it was. (It’s still ultimately a losing battle, though, I guess.)

sorry I made mistake to say it. I mean I able to import blender with earlier 3.1 ( i Don’t remember which one). But when go to 3.1 beta2, I can’t import blender model. Still can’t find out the mistake I made or something else.

So, yes, it’s possible that “bad” models that accidentally worked before no longer work now or that something new has broken when other things were fixed. On the whole, I guess the blender importer is ‘better’ than it was. (It’s still ultimately a losing battle, though, I guess.)

However, I understood that.

Later I found a ridicolous mistake that my disk is full.

Edit: That’s not all. I have problem with sdk installation on windows. Try to reinstall but anti virus delete it. Try reinstall it again and make it worse. Then I just delete it. Now I am going just to use gradle or another netbeans I have installed.

Auto-Rig Pro is an advanced automatic rig setup for Blender, for biped and quadrupeds.

Just found about this really cool Auto-Rig Pro add-on for blender and thought to share it here.
This is a perfect offline alternative for Mixamo.